Yes, this festival is all about Beer, you heard it right! Beer educated or not you have earned the right to be there on the 8th of July. The tickets are getting sold out and it's time you book your evening with Beer and Music.
Updated: Aug 21, 2017 14:46 IST 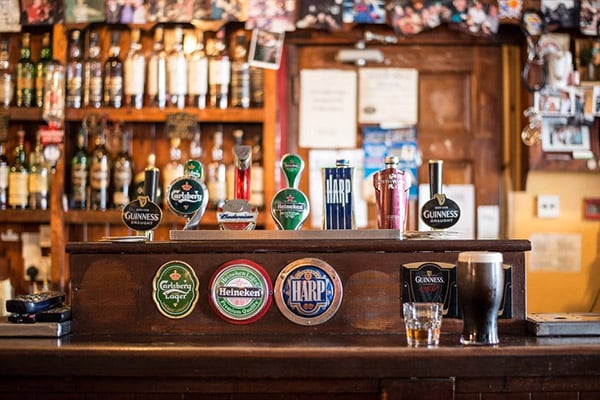 The Great Indian Beer Festival 2017
On a number of occasions, Beer has been described as mankind's gift to itself. We don't want to get into it in detail, but beer (in moderation) has proved to be beneficial for health in a number of ways- slowing aging, strengthening bones, etc. Lately, Delhi has been the center for a number of events, and now the month of July, along with the monsoon, marks the arrival of The Great Indian Beer Festival.The Great Indian Beer Festival calls out to all the beer lovers in the capital on the 8th day of July, 2017. The event takes place at Jawaharlal Nehru Stadium, with a plethora of Breweries from around the city offering a wide variety of exquisite brews. The event is also ideal for all music lovers, as the event showcases performances from international musicians throughout the day, and a range of fun beer games to indulge in! The Great Indian Beer Festival is Delhi's very own Oktoberfest and all beer lovers must make it a point to attend the event.
But, before you can get all excited, it might get a little difficult to choose which beer you should have depending on your tastes and preferences. And by "which beer", we speak of the different types of beer that there are. While the list of types of beer is endless, we have listed a few common ones:

Lager is one of the most common beers available throughout the world. The German brew is made with specific yeast and is matured in cold storage. It is commonly gold or amber in color, and this type of beer is what you find in your favorite brands such as Kingfisher, Carlsberg, Heineken, Budweiser, Corona, Stella Artois, Miller, etc.

Ale is another popular form of beer which is known for its fruity taste and smell. The sweet taste of the malt is balanced with a bittering agent which gives this specific form of beer its great taste. It is prepared through a warm fermentation process. Although bottled ale is not as common in India as it is in other countries, a lot of breweries do serve a number of different ales, such as Pale Ale, India Pale Ale, Brown Ale, Belgian Ale, etc.

It is common knowledge to a beer lover that most beers are brewed with barley. However, lately Wheat Beer has become increasingly popular and is easily available. Wheat Beer is primarily produced with a large proportion of wheat relative to the amount of Barley, and is top-fermented. Some of the popular brands include Hoegaarden and Bira.

Stout is a comparatively uncommon form of beer. It is a type of beer which has more than the usual 5% of alcohol content found in other beers like lager, wheat and ales. It is prepared from a roasted malt or roasted barley, hops, water and yeast. The dark color and dryer taste is what distinguishes stout, apart from the 7-8% alcohol content. Stout beer is available in breweries, and the worlds' leading stout manufacturer is the popularly known brand called Guinness.

So now that you're informed of a few types of beer, book your tickets for The Great Indian Beer Festival and get a chance to sip on some of the best brews available all across the National Capital Region. Tickets are in a limited quantity, so rush and don't miss out on that chilled mug!