Your checklist for the upcoming Stand-up comedy events in your city. If you are looking for information or looking to book your tickets we have it all here for you. The best events and the schedule for the month of June.
Updated: May 21, 2019 12:47 IST 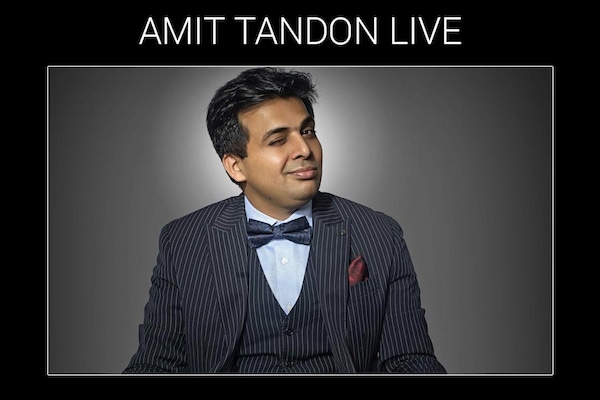 Stand up Comedy Events in Delhi for June

June's arrival marks the need for a vacation, but plans don't always fall through, do they? But the NCR isn't all that boring this Summer with an outstanding line-up of comics ready to tickle your funny bone, all the way up to June. Maybe the heat won't be all that bad with a hint of exaggeration and comedy to accompany it. If you are up for some fun with Stand-ups we have specially picked the best happening in Delhi through the month of June.

Here is the schedule for this month's Stand Up all across town:

'Haq Se Single' Zakir Khan: 3-4 June, Indira Gandhi Stadium Complex
The #SakhtLaunda doesn't need an introduction for the people aware of the Stand Up Comedy landscape, and it's almost impossible to not be able to relate to his jokes, as he is your friendly neighbourhood guy, colony friend, college acquaintance, and co-worker.

The show is about the man's struggle through love, heart-break and adulthood, all the way through to his current single life.

'Honestly Speaking' by Amit Tandon: 4 June, NCUI Auditorium & Conventional Centre
'The Married Guy' of the Stand Up circuit, he's done 700 shows across 3 continents. He is also a producer, and has a weekly show on Radio City 91.1.

The show entails Amit's take on the society and day to day life from a humorous perspective.

'Rant of the Pant' by Sorabh Pant: 5 June, The Groghead and 23 June, V Club (Gurugram)
With 1000 shows in 60 cities across 15 countries, he is one of the best and most traveled comedians of the country. He is also popularly known through his YouTube channel 'East India Comedy', satirising the day-to-day happenings all across the country and the world.

The show deals with all the frustrating things of every-day-life which make him want to "Rant His Pants Out."

'Comedy Ki Chull' with Jeeveshu Ahluwalia: 11 June, Chull (Gurgaon)
A full time comedian and single 40-old-man from Delhi, his peculiar style with anecdotes, one-liners and quirky jokes are powered by his everyday observations. He has done 1500 shows across countries, and also made his Bollywood debut in the movie 'Tamasha.'

Other Stand Up events across Delhi NCR

To know more and book tickets, log on to Paytm.com or use the app and get exciting deals and offers.

For the latest deals, offers and news, follow HotDeals360 on Facebook, Twitter, Instagram, Google News and subscribe to our YouTube channel.
The HotDeals360 team writes about stuff we think you'll like. HotDeals360 has affiliate partnerships, so we get a share of the revenue from your purchase.
Topic
stand up comedy in delhi stand up comedy shows best stand up comedy shows in delhi amit tandon Zakhir khan
More From Events
Advertisement
Follow Us
Fear of Missing Out Best Deals?
Subscribe to our newsletter. Now!
Trending
Latest
Quick Links
Trending
Latest