Here is a glossary for hats you didn't know you needed. 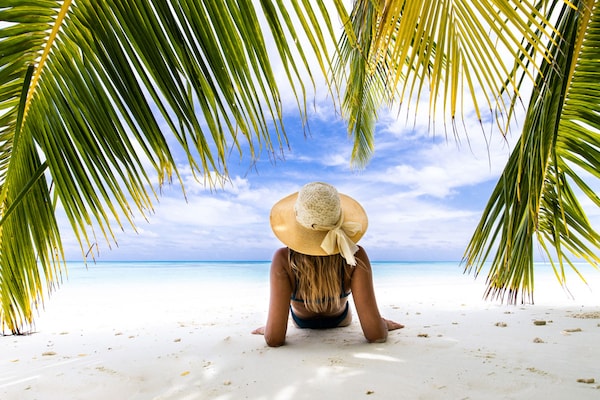 Hats have been popular in women's fashion for many centuries now

Hats have always been an integral part of women's fashion, and different types of hats have had attracted fashionistas throughout the timeline of fashion. While some of these have again resurfaced as retro statements, many have evolved into their modern avatars. These stylish head wears differ from one another in the materials used, structure, crown size, and brim. However, the role of hats is not restricted to fashion. They also extend protection against sun, dust, rain, and sometimes even snow. Read the listicle below and find out more about the different types of hats for women that have been fascinating stylists and fashion enthusiasts from all over.

10 Types Of Hats For Women 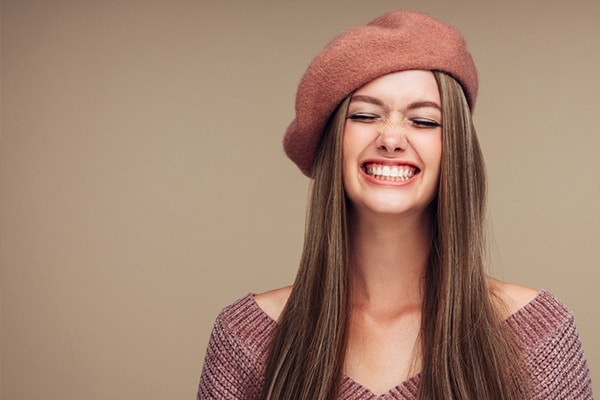 Beret hats find their origin in 19th century France and Spain, the fashion capitals of the world back then and even now. These hats neither have the characteristic brims, nor a well-defined structure. They are usually made from a circular piece of knitted, woven, or felted cloth, and are quite cosy and warm.

They can be worn on the backside of the head (halo style), flat on the head (pancake style), pulled down covering the ears (winter version), dipped diagonally to one side, or even pulled over the eyes for sleeping! 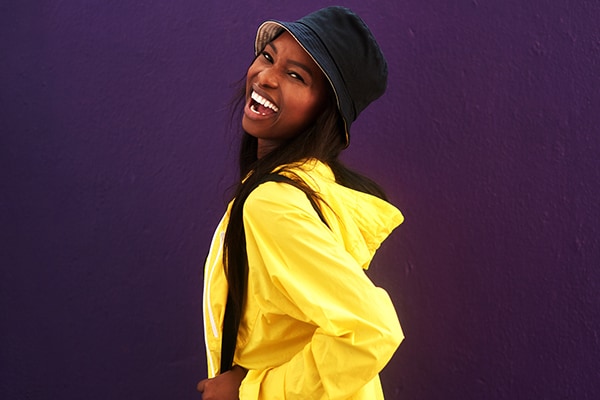 Bucket hats were used a a protective gear against rainfall, thanks to their wide downward slanting brim

As interesting as the name they carry, bucket hats have quite a historic trail. These hats, also known as the fishing hats, rose to fame in the early 1900s because of the Irish fishermen who used to wear them all the time. Made from naturally felted and/or tweed wool, these hats were waterproof and came in handy in working around the sea.

Centuries later, these hats have again shot to fame for their fashion appeal and have adorned many celebs including the pop star Rihanna. Another reason for the popularity is their travel-friendliness. Even if these portable hats are mashed, squished, or rolled during packing, they pop back to shape easily. 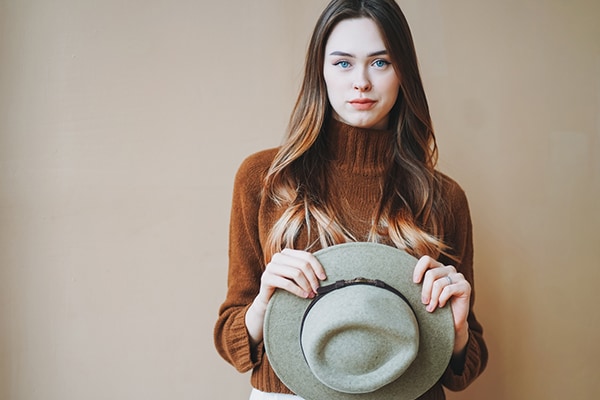 Fedoras are the traditional hats with indented crowns and soft-yet-sturdy brims that first appeared as a women's hat in a French play, back in 1882. Soon these hats became the activists fighting for women's rights. Their characteristic feature is the pinching near the front on both sides.

These hats stay affixed without flopping over, and can even be embellished with pearls, flowers, ribbons, etc. These versatile hats give a relaxed and calm impression and go well with most of the outfits including jumpsuits, dresses, coats and jeans, etc. 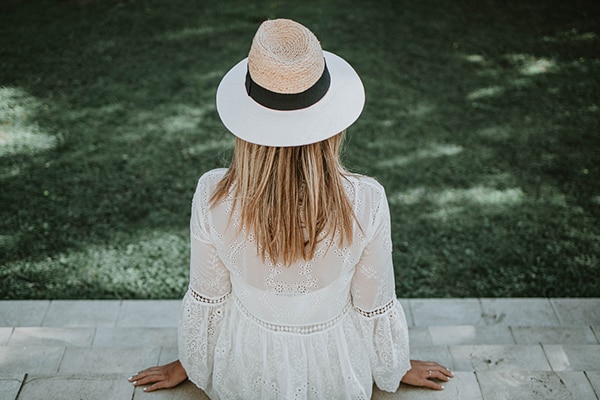 Interestingly enough, the Panama hats did not originate in Panama!

Panama hats are wide-brimmed and breezy ones from Ecuador, which are popularly worn in hot, humid, and beachside locales. They have a high crown, a wide brim and are mostly accompanied by a ribbon or a taper in the front. These breathable hats keep the wearer cool and are mainly found in soft and pastel shades. 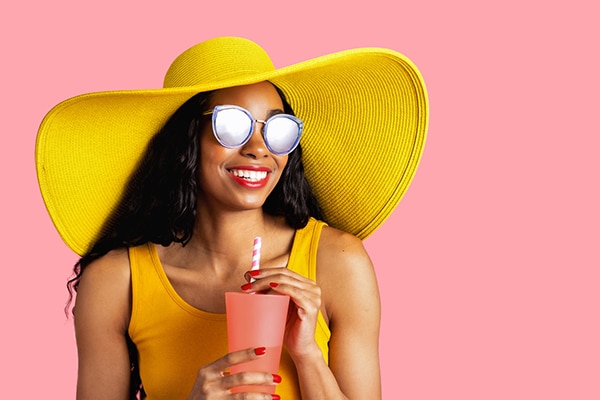 Wide brims of sun hats protects the face, as well as, shoulders against the harmful UV radiations

As the name suggests, sun hats or floppy hats are hats designed to shade the face and shoulders from the sun. These typically have a wider and wobbly brim and are accompanied by strings to keep them in place. Given that they protect the skin against harmful UV radiation as well as the snow, these hats have many admirers globally.

Traditionally these hats were made from straw and plant fibre, and were popularly worn by lifeguards. In the modern era, these have evolved as absolute staple beachwear and makes a common sight in tropical islands such as Bali and Bora Bora. 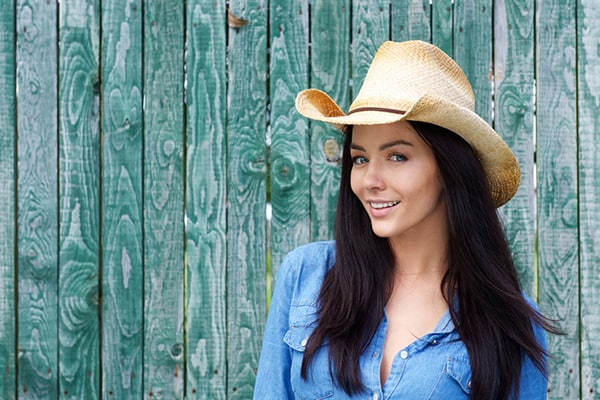 The crowns of cowboy hats are quite sturdy, and are often creased or pinched

Cowboy hats are troves of rustic charm, being the characteristic hats of cowboys from Northern America. They have a tall and sturdy crown and a wide brim for protection against wind, sun, and snow. Though the crown is usually creased or pinched with slight variations, it might not always be the case. 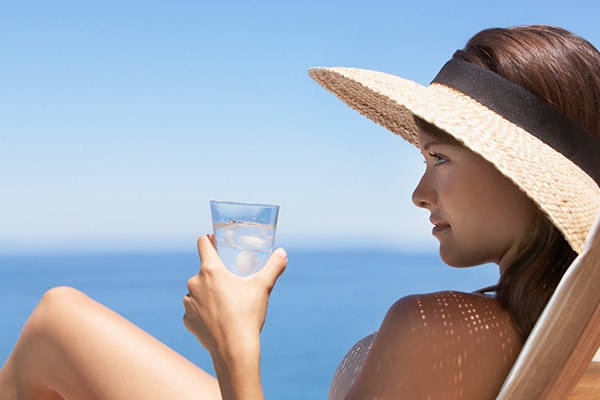 Visor hats are more popular as a sports wear than fashion

If you are into golfing, the visor hats are a common sight for you. These crownless hats are worn just to protect the face from the glaze of the sun. In layman's language, these are topless and only have a simple visor or a brim attached to a strap encircling the head. 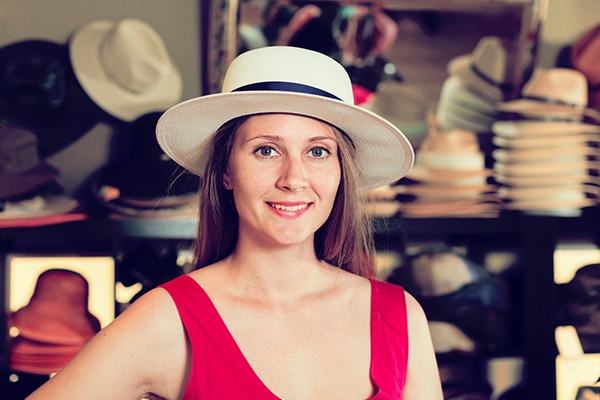 Just like many other hats, boater hats were also worn only by men in earlier times

Boater hats are other vintage hats that come with a straight and flat brim and a flat top. They find their origin in the late nineteenth century when they were popular as semi-formal sun hats. Their most prominent feature includes a solid or striped grosgrain ribbon circling the crown. However, modern boater hats have been re-invented with a modern flair. These are now available in a wide variety of materials, in addition to the traditional ones such as straw. 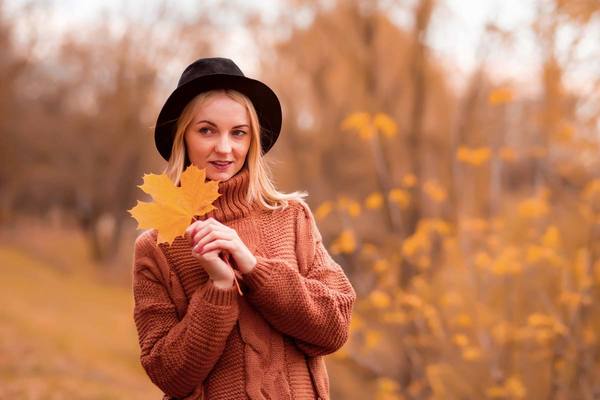 Trilby hat first appeared in the 1890s and immediately got registered as the rich man's hat. Almost omnipresent in horse races, these hats also earned the name “brown trilby” in Britain. These classy picks, now cherished as the retro trend statements, are characterised by narrow brims that are angled towards the front.

Though these resemble the Panama hats, trilby hats are much taller, sturdier, and have a smaller brim. They are mostly made from wool and straw. 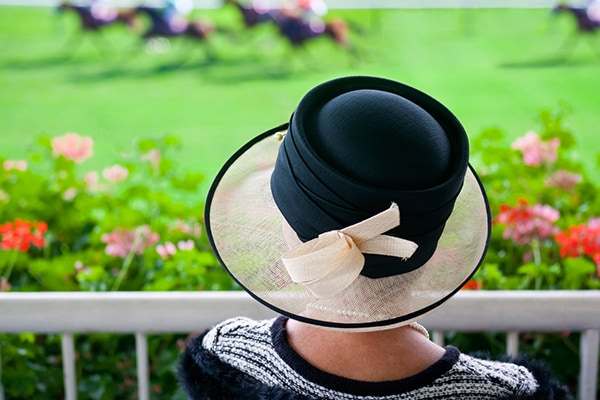 Derby hats, bowler hats or horse race hats are known primarily for two reasons- lavish brims and ample sun protection. No less than a fashion statement, these iconic English hats have been ruling the fashion industry since the 1800s. Found mostly in a decorated avatar, these are equated as a symbol of elegance and sophistication and are worn only on special occasions.

However, the derby hats designed for men aren't decorated like the feminine ones and are known to many as the distinguishing hat of Charlie Chaplin, the popular English comic actor.