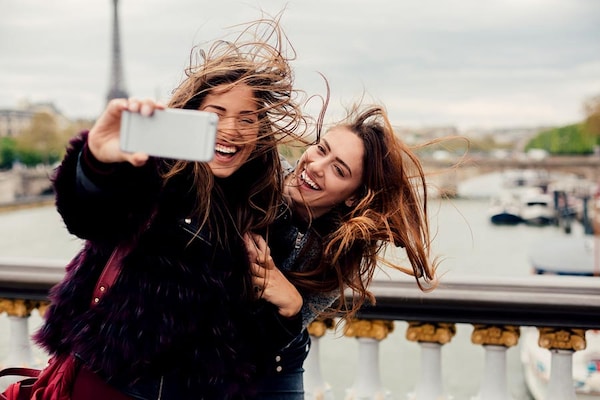 Samsung Galaxy Note 9 features an 8MP front camera, though the megapixels of the phone might not be alluring, but we can assure you that you will get clear and bright pictures with the perfect white balance with this phone. Apart from the 8MP front camera the phone is also loaded with great specs like a 6.4 inch big display. The 12MP rear camera comes with the Samsung's much-hyped variable aperture.

Xiaomi popularly known as Redmi has now been the choice of gadgets lovers for quite some time. The company is known to pack phones with advanced and latest features and bring it into the market at quite affordable price. Redmi 7 is known to be the powerhouse having a massive battery life. Apart from this it also sports an 8MP front camera for clicking some of the best selfies. Apart from the usual Pro and Portrait modes, the phone is loaded with some spectacular functions including the Tilt-Shift, Beautification, Group Selfie, Time-lapse, and Google Lens.

OnePlus is known to be the maker of flagship phones. While Redmi on one hand has been focused to bring in budget phones, OnePlus has continuously been launching Flagship phones, giving strong competition to brands like Apple, Samsung and others. The OnePlus 7 Pro comes with a 16MP pop up front camera. The phone also offers 128GB of RAM which is quite sufficient to store in all your photos, videos and documents. The HDR works well and properly exposes the subjects to the background when shooting against the light. The front camera pf the OnePlus 7 Pro also comes with a Portrait mode.

The OnePlus 7 boasts of the top of line features and specifications. The OnePlus 7 comes with a 48MP primary camera on the rear panel along with 5MP sensor with depth-of-field effect. Oneplus 7 will also delight you with its 16 Megapixel (Sony IMX 471 sensor) with F 2.0 aperture, water-drop notch Selfie Camera. The front camera also comes with EIS for a better video with less interuptions. The front camera is capable of recording 1080P, 30 FPS videos for live streaming on youtube or Facebook, if you wish to do that.