Experience Mobile Technology With Artificial Intelligence In These Smartphones

Are you in search of phones that could think for you while you multitask? Fret not; we bring to you the best Artificial Intelligence Smartphones that may empower your feelings to life. Buy from the Best AI Phones in India.
Updated: Aug 17, 2018 11:58 IST 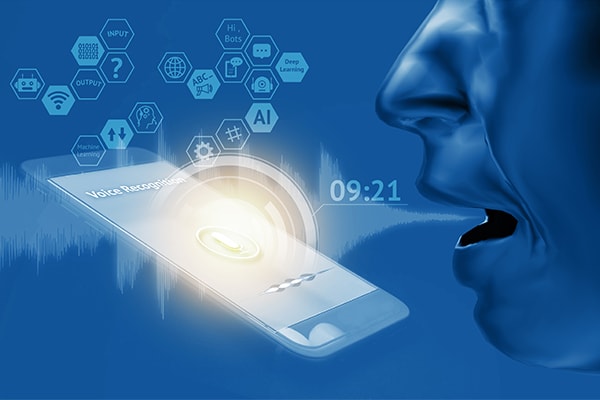 Ever since the dawn of modern computing technology began, scientists and innovators have been trying to develop a mobile that can think like a human. With the goal of making human thought and decision making a mechanical process, algorithms and network have grown to form the basis of what is now known as artificial intelligence. Once laughed away as merely the plot of a science fiction movie, the best artificial intelligence smartphones are not easy to find but are real, usable tool. A plethora of companies are finding on the basis of bringing AI technology to the masses, and bigger corporations are joining the conversation too. The Artificial intelligence market is growing rapidly; the technology still has its challenges, like being constantly misunderstood. While mobiles have been a part of our life just like our day to day commitments likewise the technology is ever changing according to the ever growing need of this generation.

Best Artificial Intelligence Smartphones : Take a leap in to the future

Samsung introduced its Artificial Intelligence-powered assistant Bixby on its flagship device and has been continuously improving it. Bixby learns from the user's behavior and allows rich communication with the device. It can work with compatible apps on the device for enhanced functionality. In the future we expect to be using Bixby to control the TV, air conditioning as well as phones and Samsung uses this new service to provide one method of interaction with a full range of technologies, although currently it's limited to smartphones.

Chinese smartphone giant Huawei unveiled the best artificial intelligence smartphones, with the new Kirin 970 processor. By combining the power of the cloud with the speed and responsiveness of native Artificial Inteligence processing, the company is bringing AI experiences to life and changing the way we interact with devices. The Kirin 970 is the first in a series of new advances that will bring powerful AI features to their smartphone devices. Their first  mobile with AI computing platform featuring a dedicated Neural Processing Unit (NPU) which delivers up to 25x the performance with 50x greater efficiency. Buy one on Amazon.

Apple needs no description on making the Best Artificial Intelligence Smartphones available. It is potentiated by Apple's latest A11 Bionic chipset which has a Neural Engine for machine learning and AI processing. The neural engine enables the iPhone X to have a facial recognition system (Face ID) which is more secure than a fingerprint scanner and offers improved voice recognition for Siri. Apple used the newly acquired "intelligence" of its iPhone to improve camera performance, speed and power consumption, totally different from what existed hitherto.

Google worked with Intel to develop the Pixel Visual Core co-processor for artificial intelligence processing that comes in the Pixel 2 and Pixel 2 XL. This co-processor enables the superior imaging capabilities from the Pixel 2 device's cameras and even helps the Google Assistant understand the user commands/questions better.

Panasonic has been testing its potential in the smartphone market for a couple of years. The highlight of the smartphones will be the Panasonic's in-house developed virtual assistance 'Arbo' that's claimed to evolve with the user's usage patterns. Panasonic Arbo will be company's take on Google Assistant, Apple's Siri and Microsoft Cortana. Powered by the 1.3GHz Quad Core processor and a display of 5.5 inch one is sure to get hypnotized.

Experience Mobile Technology With Artificial Intelligence In These Smartphones

For the latest deals, offers and news, follow HotDeals360 on Facebook, Twitter, Instagram, Google News and subscribe to our YouTube channel.
The HotDeals360 team writes about stuff we think you'll like. HotDeals360 has affiliate partnerships, so we get a share of the revenue from your purchase.
Topic
best AI phones in india phones with artificial intelligence best artificial intelligence phones in india
More From Mobile Phones
Popular Mobiles
Advertisement
Follow Us
Fear of Missing Out Best Deals?
Subscribe to our newsletter. Now!
Trending
Latest
Quick Links
Trending
Latest