The best 5000mAh battery mobile for anyone who wants a phone that packs literal super power. Browse the best brands like Samsung, Xiaomi, Motorola and more. 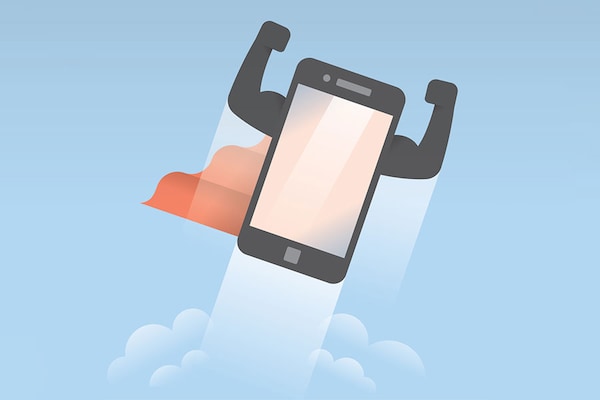 If you thought 4000mAh batteries were cool, wait till you have a look at the best 5000mAh battery mobiles. These devices are made for anyone who's a sucker for extra power, but doesn't want the hassle of carrying a power bank everywhere, get yourself these, may the force be with you wherever you go.

Oppo A9 2020 the latest phone from Oppo comes with 5000mAh battery life, 6.5inch nano waterdrop notch display, 48MP Quad camera for intense clarity and unshakable videos. Its excellent battery life lets you enjoy games, make endless videos and watch videos uninterrupted. It comes with a storage of 128GB so you can be sure of saving all under the sun right here.

This latest phone by Samsung the Samsung Galaxy M30 comes juiced up with 5000mAh battery power, a huge display of 6.4 inches and a powerful processor makes for a great companion in this phone. The large battery life the phone comes with 5000mAh let's your phone live longer. Carry this stylish looking phone in your hands at an unbeatable price and handsome features like - fast charging, triple camera and full HD screen.

This Quad camera phone from Vivo packs in more than you can see at its stylish desing and sleek body level. 5000mAh battery that keeps it going and its 6.5inch display make it a delight to play games and watch videos on. The Vivo Z1 Pro comes with an in screen 32MP front camera which can capture those intricate details as well.

The Samsung Galaxy A9 Pro comes with a 5000mAh lithium-ion battery that gives you a talk-time of 33 hours. It has a 6-inch Super AMOLED capacitive touchscreen, a 4GB RAM, 32GB storage expandable to up to 256GB and a dual (nano+nano) SIM with dual-standby (4G+4G). Shoot beautiful images with a 16MP primary camera with f/1.9, auto focus, OIS, LED flash, 1/2.8-inch sensor size, geotagging, touch focus, face detection, panorama, HDR and an 8MP front facing camera . The phone runs on a 1.4GHz Cortex-A53 Qualcomm MSM8976 Snapdragon 652 octa core processor. Get it in Black.

Vivo U20 comes with unstoppable performance, a 5000mAh loaded battery power, fast charging and full HD display of 6.5inches. This performer comes with 273 hours of standby time making it last longer than other phones. Its triple cameras at the rear and the front selfie camera deliver uninterrupted clarity in all your shots.

The Micromax Bharat 5 Pro also comes with a 5000mAh battery, a 3GB RAM, 3.2GB storage expandable up to 6.4GB, a 5.2-inch touchscreen display and a 1.3GHz quad-core processor. There's a 13-megapixel primary camera on the rear and a 5-megapixel front camera for selfies. Runs on Android Nougat.

The Moto E5 Plus also comes with a 5000mAh lithium polymer battery with 10W rapid charging. It comes with a 3GB RAM, 32GB storage expandable up to 128GB, a dual nano SIM with dual standby and a 6-inch HD+ Max Vision IPS LCD capacitive touchscreen display. Shoot with a 5MP front camera with flash and a 12MP primary rear camera with laser auto focus. Get it in Fine Gold or Indigo Black.

The Motorola One Power with a 5000mAh lithium ion battery. It comes with a 4GB RAM, 64GB storage expandable up to 256GB, a dual nano SIM with dual standby, fingerprint and accelerometer sensors, and a 6.2-inch Gorilla Glass capacitive touchscreen display. Shoot with a 12MP front camera with flash and a 16+5MP dual rear camera.