Best Honor Bezel Less Mobile Phones : Bezel less infinity display from Honor in these mobile phones. Huawei's Honor phone brand has launched a series of Honor phones lately which are bezel less and powerful in performance. Get ahead and get an Honor bezel-less phone today!
Updated: Aug 21, 2018 12:25 IST 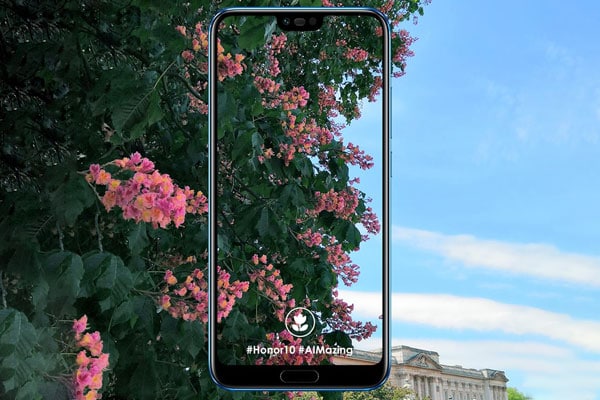 HUAWEI is the biggest telecommunications infrastructure maker in the world, it started manufacturing mobile phones in 1997 with being one of the biggest smartphone manufacturers in the world today. The HONOR line of smartphones were introduced by its parent company HUAWEI which in turn decided to make HONOR a brand in its self. Today HONOR makes one of the best smartphones you can have with some of the best of features with a very reasonable price. HONOR has also taken part in the upcoming development of the smartphone displays with the company coming up with many bezel-less displays in its phones. Here we have put together a list of the best HONOR bezel less mobile phones till now.

So get ready to be showered with the best deals we could find just for you in this list of the best HONOR bezel less mobile phones.

Yet another budget phone added to the Honor line up is the Honor 9N. Honor 9N stands to be the latest addition to the family of best Honor bezel-less mobile phones. It features a glass back, dual rear cameras, a 19:9 display, and runs Android 8.0 Oreo.

This phone is the least bezel less but make no mistake, this phone is quite good looking at its specs and price side by side, powered by a 2.36 octa core processor and 4GB of RAM which makes the phone a very powerful one with a very reasonable price. It also has dual cameras on the back with 16MP and 2MP shooters and an 8MP selfie shooter on the front. It also has a very impressive bezel less display with a 5.93 inch gorilla glass LCD display with 407ppi. Lastly it holds a 3340mAh battery which is super impressive seeing its price point. You are getting all the good qualities of a medium to high range phone with its price being extremely reasonable. Although, the least bezel less of the lot yet this phone is one of the best honor bezel less mobile phones right now.

Another reasonable phone that is light on your wallet. The 7C is more towards the lower to mid range phones in the specs category. The phone is powered by a 1.8GHz octa core processor with snapdragon 450 and 3GB of RAM. The size of the display is good with 5.9 inches of LCD display. Consisting of dual rear cameras with a 13MP and a 2MP camera, it also has an 8MP front selfie shooter. The phone has a quite good battery for its size and price with holding a 3000mAh battery. It also has a rear finger print sensor. The 7C is a good phone for people who don't use the phone for heavy tasks and more importantly it has a stunning bezel less display which over shadows its many internal flaws but also makes up for it with its price, One of the best honor bezel less mobile phones in a low cost range.

Out of all the honor 7s, the 7A is the cheapest but also has the lowest specs of them all. It has a 1.4GHz processor with a snapdragon 430 chipset and 3GB of RAM. The cameras are decent with a dual set of 13MP and a 2MP on the rear with an 8MP front selfie shooter. Its battery life is good for its size and display with a 3000mAh life. The only thing good about the display of the phone is that its bezel less. The phone is of the lower range in specs and its price point is also reasonable for it, still a decent phone for a low range so it makes the cut in this list of the best honor bezel less mobile phones.

The 9 Lite is an amazing phone with great specs, having an excellent display with a 427ppi pixel display on a mild 5.56 inch LCD display. It has a 2.36GHz octa core processor with 3GB of RAM. The performance is also good same as the camera, with dual cameras on both sides with 13MP and 2MP twin shooters on the front and back. It holds a 3000mAh battery which is not as good as the other specs are. 9 Lite is a good phone to have and with the display as good as the bezel less screen then it makes the phone a must have in its price range, one of the best honor bezel less mobile phones in its price till date.

This phone is a little bit extra than the other honor phones on cash but it delivers its money's value with great performance and an amazing bezel less display. The 9i holds a 2.36GHz processor with 4GB of RAM. It has a 5.9 inch bezel less LCD display with 409ppi which is very impressive in its price. The phone has 2 dual cameras on both sides, 16MP + 2MP on the rear with 13MP + 2MP at the front for selfies. The battery life is also very impressive with holding up to 3340mAh of battery juice which is enough for the phone to perform well and last long and looking good at the same time. The overall phone is impressive and one of the best honor bezel less mobile phones in the medium range out there.

This phone is all about performance and performance till its core. It might be considered one of the fastest most powerful smartphone in its price. The view 10 is a stylish phone with strong specs. It has a 2.36GHz octa core processor with 6GB of RAM making it extremely fast and able to multitask with ease. It has a beautiful 5.99 inch bezel less LCD display with 409ppi pixel density. The cameras are also good with 16MP and 20MP dual rear facing shooters and a 13MP front facing selfie camera. the phone has fast charging and a massive battery size of 3750mAh. Not just that, it also has a huge internal storage capacity of 128GB. Overall, an allrounder phone consisting of everything from performance to features. The best honor bezel less mobile phone with the biggest battery.

This flagship is by far the most stylish phone from honor till now. With its sleek full bezel less design it also packs a punch internally with being one of the most powerful phone out there, with a 2.36GHz octa core processor and huge 6GB of RAM makes the phone a performance giant. Not only that but the phones display is not just stylish with the bezel less display but also the highest resolution by honor till now with a 432ppi on a 5.84inch full HD LCD display. It has dual cameras on the rear with 16MP and 24MP each and a 24MP selfie shooter on the front. It has a large battery size of 3400mAh that is good enough for the whole phone to perform well. It also has fast charging and a huge 128GB internal storage. If you are looking for the best honor bezel less mobile phone with flexibility on the price then there is no other phone better than the HONOR 10.