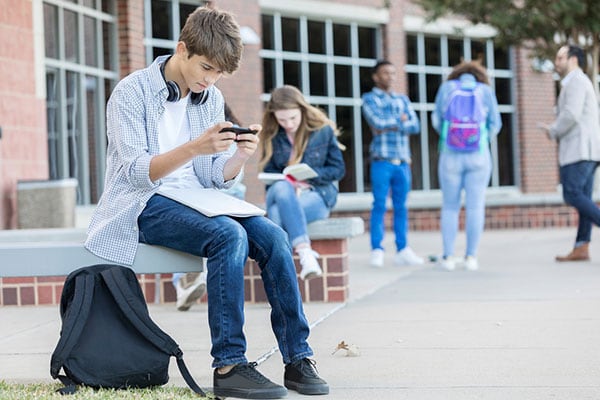 Phones have developed a lot these days in every sense. Whether it be for their AMOLED pixel displays or beastly processors. Some are more powerful than laptops too. Regardless you have to admit that gaming has got bigger with phones than it has with any other means. Are you a part time gamer on the phone who hates the constant lags that happen while you try to shoot someone or basket the ball on the screen? Well after reading this list you can say goodbye to bad graphics and irritating lags because we have listed down some of the best mobile phones for gaming out there. The list is made in terms of sheer experience because we know you would not mind spending a little extra if you want to get that chicken dinner (PUBG reference). So be prepared for the hottest deals you can find in this list of the best mobile phones for gaming.

Honor View 10 is a performance powerhouse that boasts copious amounts of RAM, a top-of-the-line processor and bezels so small, there's barely enough space for a fingerprint sensor. All this makes the Honor View 10 one of the best mobile phones for gaming in the country.

The Vivo Nex is yet another one of the latest launches that holds to be one of the best mobile for gaming and all thanks to its powerful processor and great memory storage that does not allow it to lag anywhere when gaming is concerned. The large battery adds to all this giving life to the phone inspite of heavy gaming.

One of the latest launches from Samsung the Samsung Galaxy Note 9 is an all in one phone with larger and better specs than its predecessors. The larger screen size, battery and storage make it one of the best mobile for gaming.

Honor Play as the name suggests is dedicated to the pro gamers. Launched particularly as one of the best mobile for gaming, the Honor Play has all that one would look for in a gaming phone. The Honor Play excels in the field of processor, memory and screen size all of which are important elements of gaming phones.

Samsung Galaxy S9 and S9 Plus

This list would never be complete without Samsung making the cut. Samsung Galaxy S9 and S9 Plus are simply blood brothers with a slight difference in specs. They both are the pinnacle smartphones for the best in class gaming experience. The phones are giant with 5.8” and 6.3” respectively. Both support super AMOLED displays with HDR10 for the best in class gaming visuals. The processor also knocks down the wall with the new Snapdragon 845 and comprising of the Adreno 630 graphics chip allowing the device to handle heavy gaming. Although some might say that the battery might not take the edge for the S9s but overall the phone is an absolute definition of the best gaming smartphone. Samsung has also taken gaming to the next level by introducing the new VR headsets for a first person experience in the whole game.

OnePlus has taken the phone world by storm with its new series of OnePlus phones. It is now considered that OnePlus is one of the best phone brands in the world. With their new installment and the best phone of the year candidate the OnePlus 6 is one of the finest pieces of mechanics, design and performance you can find. With its near bezel-less display of 19:9 display of FHD+ full optic AMOLED display making sure that your games run in the most visually appealing way possible. Coming to its massive processors it is powered by Snapdragon 845 Octa-core processor, coupled with 6GB of RAM making it one of the smoothest phones to play games on. A massive 128GB internal storage is just enough to store many heavy games you may like. What made OnePlus famous was its battery power coming with 3300mAh battery along with the amazing dash charging technology of the OnePlus. OnePlus 6 is by far one of the best phones to have right now and it is the best mobile phone for gaming till now.

Moto certainly has not disappointed with its premiere flagship, the Moto Z2 Force. The selling point is not the phone itself but a rather sub-product that you need separately. This is for those who are into more hardcore gaming. Running down the specs line, it has a 5.5inch quad HD display with 2730mAh battery. With the Snapdragon 845 and the 6GB RAM the phone is at par with the top contenders. The phone comprises of tons of add on modes that it supports via attaching an extra layer to the back of the phone. Like adding an extra battery for a longer life or a projector to play on a bigger screen. Other than that a whole game pad mmod can be attached for more hardcore gaming in its core. Quirks? Your fingers wont be covering up the screen.

Vivo made the cut in the last spot after its flagship release. Mainly entertainment based phones, Vivo's latest and the best creation so far is a giant in the performance gaming mobile, the Vivo X21. With Snapdragon 660 and an amazing 6GB RAM, you can forget about the game ever lagging. Other than that it has a super AMOLED display for sharp contrasting visuals and a large 6.3 inch screen. The 3200mAh battery will make sure that this phone not only run smoothly but also long lasting. This is an overall fantastic phone for heavy duty gaming.

Of course the makers of the playstation would make something for the small screen also. The XZ2 is phone designed specifically for gaming purposes. It offers the best visuals for gaming in any form or class. The Snapdragon 845 with the beautiful HDR display shows the quality of the device. With the 3180mAh battery the phone won't die down easily. The stunning visuals and graphics coupled with dual front facing speakers allows you to experience the best gaming overall, something that we surely expect from a playstation prodigy.

With Snapdragon 835 and 4GB RAM in a 6inch OLED display powered by a 3520mAh batter that really backs up the name of the phone being XL. The processor ensures the smoothest gaming experience with the OLED screen allowing the best in class visuals. And the XL screen of 6 inches makes sure you don't cover anything on the screen. The high powered battery makes the Google Pixel 2XL one of the best mobile phones for gaming. The only drawback with the Google Pixel 2XL is that it does not support a 3.5mm headphone jack.

Although Apple is not known for gaming but the iPhone X in itself is a fantastic phone to play games on, simply because of the exclusive app store that the iOS runs. The iPhone X has the maximized OLED display allowing you to experience the full game with eye popping visuals. Although the specs are not as comparable with the other devices in this list, iPhone X still made it to the list as being one of the best phones for less than heavy games that could be played better than any other phone out there. Once again apple has not disappointed.

By far the best phone ever made by Nokia is the Nokia 8 Sirocco. After a long absence by this major mobile company it made sure to come back with a major statement that is the Nokia 8 Sirocco. With 6GB of RAM looped with Snapdragon 845 processor and a 5.5 inch quad HD display, this phone is at par with the top players right now. Although not meant for gaming as the screen is a little small. The phone has amazing specs which makes it one of the best gaming phones ever.  It has a massive storage of 128GB which should be enough in the long run and there's  no argument that the Sirocco is a returning legend.

With a 3300mAh battery and excellent audio quality of LG the V30 is kind of an underdog of the list. Although the performance specs are at the highest of points with Snapdragon 835, that is hard to beat but it wont be impossible because with just 4GB RAM the V30 lags behind its competitors. Overall an amazing machine to use with one of the best specs you can find. The 3300mAh battery will give many hours of endless gaming. The screen to body ratio is also good with a 6 inch large display and the high resolution will help elevate the experience a little. Lastly the storage is quite impressive with minimum 64GB of internal space.

For the latest deals, offers and news, follow HotDeals360 on Facebook, Twitter, Instagram, Google News and subscribe to our YouTube channel.
The HotDeals360 team writes about stuff we think you'll like. HotDeals360 has affiliate partnerships, so we get a share of the revenue from your purchase.
Topic
Best Mobile Phones for Gaming Best Mobile for Gaming Best Phones for Gaming
More From Mobile Phones
Popular Mobiles
Advertisement
Follow Us
Fear of Missing Out Best Deals?
Subscribe to our newsletter. Now!
Recommended
Trending
Latest
Quick Links
Trending
Latest