Best Moto 4G Mobile Phones : Motorola Android phones has a superb range of 4G Phones and if you have not read about their powerful features you are missing out on these budget 4G phones from Motorola. Buy the best Moto 4G Phones using these deals and offers.
Updated: Aug 17, 2018 11:47 IST 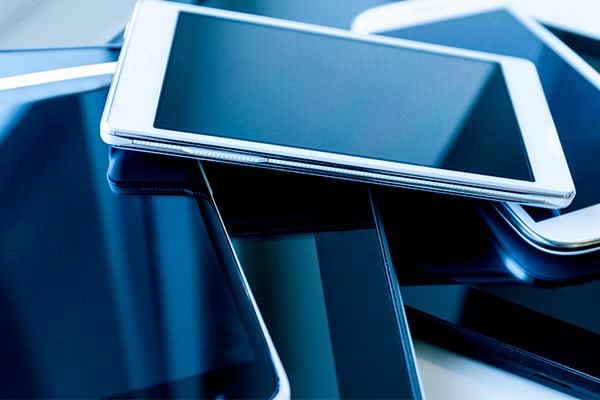 Finding the best Moto 4G phones online? Motorola was the first mobile phone company to bring its phones exclusively online. It was a kind of revolution then. Now that many of the companies follow the same suit to launch their new phones, Motorola has just filled its line with different range of phones under various price segments. The best Moto 4G phones come with the latest android and each of their latest updated versions is filled with all sorts of innovations and technology. They come with the purest form of android that doesn't require much customization which ensures guaranteed updates of the upcoming operating system. They offer decent design and the specifications are just suitable for its customer's day to day chores. Motorola keeps the pricing of its phones rather decent and steady while reducing the price of their previous handsets. Here, we jotted down the Motorola phones in the best Moto 4G mobile list for you to view all of them at one place.

The latest of Motorola in the best Moto 4G mobile list is their Moto G6 Play with 32GB internal storage. This phone comes with 13 MP rapid focus rear camera and 8MP front camera. It enables to unlock your phone by simply letting the camera see your face through face recognition software, so you don't need to enter your password. It has 5.7 inches FHD+ 18:9 Max Vision display. For storage it packs 3 GB RAM and 32 GB internal memory expandable up to 256 GB. With the latest Android v8.0 Oreo operating system with Snapdragon 430 1.4GHz Octa-core processor, the set ensures speed and smooth functioning. Addition to this, it is powered by 4000mAh battery with 15W TurboPowerTM charging system.

Motorola has upgraded their G5 series phones so often, with G5 and G5 plus already in market they now offer G5 S and G5 S Plus with the latest specifications and dual focus cameras. And these amke it to list of the best Moto 4G phones list. The  Moto G5S Plus phone has 4 GB RAM and 64 GB internal memory which is expandable up to 128GB. It is packed with Android v7.1 Nougat operating system with 2.0GHz Snapdragon 625 octa-core processor along with 3000mAH Lithium-ion battery enriched with 15W Turbo Charging.

This latest phone from Moto Z series comes with a display size of 5.5 inch Resolution 1920 x 1080 pixels Resolution Type Full HD GPU Adreno 506 at 650 MHz Gorilla Glass 3. It is powered by 2.2 GHz octa-core processor and it comes with 4 GB RAM along with 64 GB of internal storage that is expandable up to 200 GB. The Moto Z2 play phone is another one of the best Moto 4G phones as far as the cameras are concerned, it packs a 12-megapixel primary camera on the rear and 8-megapixel front shooter for selfies. The Moto Z3 Play runs Android Nougat 7.1.1 and is powered by a 3000 mAh.

This phone of Moto Z series has massive 6 GB RAM and 64 GB internal storage which is expandable up to 2 TB. It has an apt 5.5 inch Quad HD display and 2730 mAH Battery. For the best camera experience, the Moto Z2 Force packs 12MP + 12MP Dual Rear Camera along with 5MP Front Camera. The phone processes on Qualcomm Snapdragon 835 Processor.

The Moto X4 phone has 12MP + 8MP dual back camera (f2.2) with PDAF and 16 MP front facing camera with 4 GB RAM and 64 GB internal memory expandable up to 2 TB. This phone has the exclusive feature of IP68 rated water resistance, safe from accidental spills and splashes. It has the accurate and handy 5.2-inches Full HD (1080 x 1920) capacitive touchscreen along with Fingerprint reader. It operates on Android v7.1 Nougat operating system (Upgradable to v8.0 Oreo) with 2.2GHz Snapdragon 630 octa core processor. The phone is powered by 3000mAH battery with 15W Turbo Charging.

The Moto C Plus is powered by the Android Nougat operating system. It comes with an 8 MP rear camera that features an LED flash. It comes equipped with a 4000 mAh battery that just won't call it a day, even if you do. You can capture the fun times with the 2 MP front camera and through its selfie light, all your photos will look bright and clear, even the ones taken inside a dimly lit pub. It boasts a 1.3 Ghz 64-bit quad core processor and 2 GB of RAM, making multitasking a breeze.

This phone from Motorola is powered by 4000 mAh Battery with 2GB RAM. It is massive 5.7 inches display along with 13 MP rear camera. The Moto E5 runs on the Android 8.0 Oreo OS and its 16 GB of internal storage space that can expanded to up to 256 GB.

Motorola X Force (White, 64GB) - Sold Out
₹ 13,990 Buy This Moto 4G Mobile list has all what the Motorola offers at its best. Take a look at these, select your suitable set and grab your favorite device along with awesome deals here.