Considering a smartphone which looks similar to a tablet then we have the best smart phablet in India that can help you type easily as well as read texts just like an E-book.
Updated: Aug 17, 2018 11:41 IST 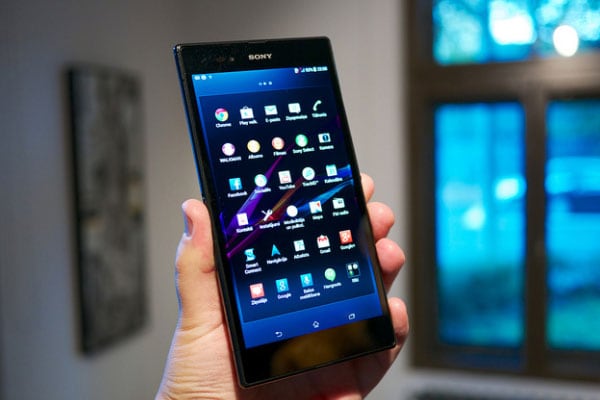 With the growing world of technology, different tech gadgets are being launched in the tech market now and then. One of them is Phablet. The term is made up of two words phone + tablet, which together makes phablet. Question arises is what is the need of such smartphones in the market. Say your tablet feels a little too big to carry around, but you're also dissatisfied with your smartphone's small screen. Look no further than the phablet—a tech crossbreed that's not too big and not too small, but just the right size. Not only that if you're looking for a device to occasionally watch a movie in bed with or read your favorite eBooks at home, and then maybe a smartphone and a tablet, separately, will not serve your purpose. Phablets often have the luxury of better specs. Apart from having larger displays, they are often flagship models and come up with better specs as manufacturers get more space under the screen to play with.

We recommend taking a look at the best smart Phablet in India and guide you through for similar recommendations.

The Samsung Galaxy C9 Pro is hands down the best "big screen" smartphone you can buy right now. It has oodles of RAM and the Snapdragon 653 inside is fast. The phone is fluid and doesn't skip a beat in any way. It's expensive, but if you want a premium phone, this is the best smart phablet in India with 6 inch full HD display to buy.

Xiaomi tried something different with Mi Max 2. Instead of continuing with the regular screen sizes between 4-inches to 5.5-inches, Xiaomi introduced a smartphone with a massive 6.44-inch display. The phone runs on Android 7.1 OS & is powered by a 2 GHz Octa Qualcomm Snapdragon 625 processor.
At the time of the Mi Max launch, Xiaomi India bet on a large display phone, almost nearing the 7-inch tablet size, along with a large battery capacity, something never tried before.

We all know Galaxy flagship phones have stunning OLED displays but this one is just over the moon. The Note 8 is the best smart phablet in India with a large screen of 6.3-inch ‘Infinity Display,' faster 6GB of RAM performance and two outstanding rear cameras, which add up to one of the most expensive phones ever. Other than that you get a screen that's a better fit for watching videos, reading long documents, or making notes with the stylus.

As the name itself suggest of being the best smart phablet in India the Lenovo Phab 2 Pro comes with a large 4050 battery to support its 6.4 inch screen. The phones runs Android 6.0.1 OS & is powered by 1.8 GHz Octa Qualcomm Snapdragon 652 processor. Truly a great deal in the mid-range smartphone segment.

Oppo F3 Plus is the best smart phablet in India in town to bank on its two front facing cameras and a true big screen to take on its rivals and impress buyers. The phone is a vertically quite tall to fit into one hand, also because of its big 6-inch display. The finger print sensor is integrated with the home button on the front panel, and the response is accurate and fast.

Sony itself is in the game of making screens for a long period and here they have created something exceptional. It sports a near bezel less screen which look quite exquisite thanks to its large screen size.  The best phablet smartphone in India boasts a 6 inch Full HD curved display with Mobile BRAVIA engine 2 and Super Vivid mode supported by Loud and Clear audio output to make you enjoy media contents on maximum.

The star of the best phablets in India game is iPhone X. Take that gorgeous OLED and now shape it into this unimposing, fluid-feeling rounded rectangle, with a rounded cut-out at the top for the brand new sensors. The star of the show, the screen, is perfect in every way. It is a beacon of awkwardness to all other phone manufacturers. Its 5.8 inch display is in the strata of excellence and precision.

The Micromax Canvas Infinity Pro takes a step forward in the right direction, bringing a dual-camera set-up for selfies, along with the futuristic 18:9 aspect ratio screen – two major features ruling the smartphone market at present. Though the screen is a bit smaller than normal phablets in the market with its 5.7 inch HD display but what we see is something which definitely works for day to day usage. The phone feels small despite accommodating the bigger form factor of its screen making it the best phablet smartphone in India under RS 20,000.

Planning to take a vacation in the near future then you must buy this phone before you take that step. This phone is the biggest amalgamation of the positives taken from normal smartphones and a tablet. There are improvements all around and it is clear that Gionee has learnt a lot from their previous phones. The Elife E8 fires up with the powerful 64-bit 2 GHz Octacore Helios X10 processor and 3 GB of RAM and if you like to take a lot of videos then its 24 MP rear camera with dual tone LED Flash and 6P lenses will truly blow your mind.

There are a slew of high-end, and expensive, smartphones that dominate the Android smartphone game. As expected, the Zenfone 2 Laser retains the design language of its namesake, featuring the 5.5-inch size and the ergonomically pleasing curve. It is the best phablet smartphone in India to have a huge display at an economical price.