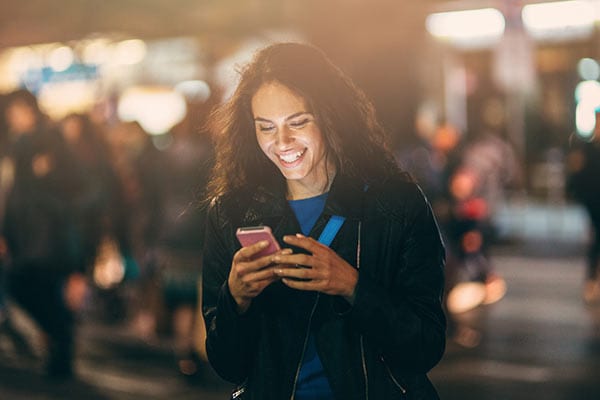 VoLTE is one of the best ways to make your phone calls sound better. 4G means the fourth generation of data technology for cellular networks ̶ following 3G, the third generation. LTE stands for Long Term Evolution and is short for a very technical process for high-speed data for phones and other mobile devices. Together, they make 4G LTE ̶ the fastest 4G service available today. VoLTE stands for Voice over LTE and it's more or less exactly what it says. There are other feature phones having keypads also that support VoLTE. There could be numerous phones on the list of cheapest 4G VoLTE phones which include feature phones with keypads as well as smartphones with touchscreen. We have shortlisted the cheapest 4G VoLTE phones for if you are searching one of them.

Micromax Bharat 1 is the most popular phone priced around Rs. 2,000. It is the cheapest Micromax phone with Dual-Core processor and the most popular phone with 4 GB memory. It is also one of the fastest Micromax phone priced around Rs. 2,000 and supports 4G VoLTE. It also has 2MP primary camera and is powered by 2000 mAH battery.

Reliance JioPhone is the cheapest 4G VoLTE phone available in market today. It has 2000 mAH removable battery and has dual core processor. It has TFT screen and 2MP primary camera. It is the lowest priced phone that supports 4G VoLTE and provides enhanced voice quality over the calls.

The Lyf C459 phone comes with a 4.50-inch touchscreen display with a resolution of 480 pixels by 854 pixels at a PPI of 218 pixels per inch. It runs on Android 6.0.1 operating system. It supports Dual SIM (GSM + CDMA and GSM + CDMA). It is one of the cheapest 4G VoLTE phones with touchscreen.

The Samsung Z2 phone comes with a 4.00-inch touchscreen display with a resolution of 480 pixels by 800 pixels and makes it to the list of the cheapest 4G VoLTE phone. The phone is powered by 1.5GHz quad-core processor and it comes with 1GB of RAM. The phone packs 8GB of internal storage that can be expanded up to 128GB via a microSD card. As far as the cameras are concerned, the Samsung Z2 packs a 5-megapixel primary camera on the rear and a 0.3-megapixel front shooter for selfies. The Samsung Z2 runs Tizen and is powered by a 1500mAh non removable battery.

The Intex Aqua Style III consists of 1 GB RAM and 16 GB of internal memory which is expandable up to 64 GB. It has 5" (12.7 cm) FWVGA TN display and has 5 MP front and 5 MP rear camera. The phone is powered by 2500mAh battery. It is a great phone that makes up to the list of cheapest 4G VoLTE phone.

Reliance Lyf Wind 6 is a Quad Core 1.1 GHz Qualcomm Snapdragon 210 supporting phone that makes it to the list of cheapest 4G VoLTE phone. It has RAM – 1GB and 8 GB Internal storage that is expandable up to 32GB. The phone runs Android Lollipop 5.1 operating system. It also has 5MP ream and front cameras.

Swipe Elite is another affordable smartphone to come with 4G VoLTE support with 5 inches touchscreen. It is powered by a 1.3GHz quad-core processor and 1GB RAM. It offers 8GB internal storage which can be expanded up to 64 GB by installing a microSD card. The smartphone runs Android v6.0 (Marshmallow) and features an 8MP rear camera, 5MP front camera and 2500 mAh battery with fast-charging support.

Mobiistart CQ comes with 2 GB RAM and internal storage of 16 GB which is expandable up to 128 GB. It has 5 inch HD display and on the camera front it has 8MP rear and 13MP front camera. The phone is powered by 3020 mAH Li-polymer battery. It processes on Qualcomm Snapdragon 425 Quad Core 1.4 GHz Processor. If you are looking for the cheapest 4G VoLTE phone under 5000, then this phone can be on your list for sure.

So, what are you waiting for? Get your hands on the best and cheapest 4G VoLTE phone from the list really quick.