Get ready to step into the new world of Artificial Intelligence with the best and Top AI [artificial intelligence] camera mobile phones that gives you an immensely new and sharp photography experience. 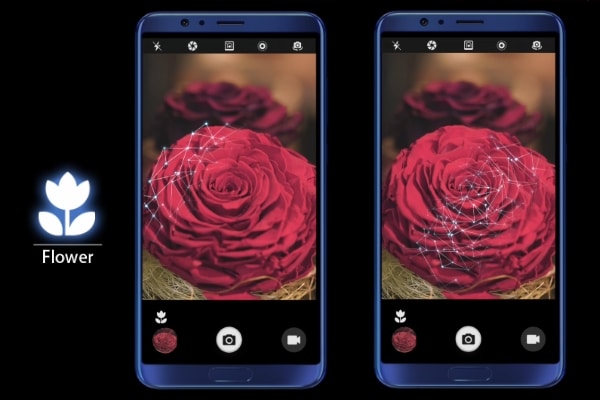 With the launch of Apple's iPhone X in 2017, the trend of the smartphone industry changed by adding a lot of new features which included AI face unlock feature and the Artificial Intelligence Camera. Following iPhone X many other smart phone giants have also come up with their AI Camera phones. Now there are many options for a buyer who wants to get a smartphone with artificial intelligent camera. All of these phones have some pros and cons and also they are available in various price range.

Smartphone companies are fighting hard for giving you the best camera in a phone with some added features in the cameras as well as the phone itself. So, here are the top ten Artificial Intelligent Camera mobile phones that you can shop online and experience the new edge of photography.

The iPhone XR launched in October 2018 comes with a newly introduced Liquid Retina which is the most recent and advanced version of LCDs. The XR is slightly smaller than the XS Max and slightly bigger than the XS, also the phone is slightly thicker and heavier in the hand. The XR comes with wireless charging, water resistance and a single camera lens which is AI equipped at the back with a display which lacks HD which is ulmost not noticeable. So if you are looking to go for the best artificial intelligence camera phones then this one is your pick.

The heavy customisation to Android on the Vivo V11 Pro thankfully hasn't taken a toll on performance. The interface is snappy, and multitasking is handled very well. The primary rear camera with a 12-megapixel sensor has made the Vivo V11 Pro one of the best AI Camera phones.

Oppo is a brand that has always focused on the camera. The Oppo F9 pro lives up to this tag. Sporting some awesome camera features the Oppo F9 Pro is said to be one of the best AI camera phones.

Huawei Honor Play which is marketed as a gaming phone has much more to it. The camera features of the phone are simply spectacular which makes it one of the best AI camera phones. 16MP primary camera allows you to capture clear and crisp images.

Xiaomi has been ruling the smartphone industry in the budget range for quite some time now. One of the latest launches the Mi A2 stands to be one of the best AI camera phones and has some mind bobbling camera features that helps you take bright and beautiful images.

AI is the new trend in the market, the Samsung Galaxy A8 Star stands to be amongst the latest and the best AI camera phones in the market. The AI enabled camera lets you capture images just by simple hand gestures. Not only this it also enables the user to unlock the phone using his face instead of a password or pin lock.

With AI creating new buzz in the market the all new Vivo Nex satisfies it. Vivo Nex- Nex stands to be one of the top AI camera phones enabled with AI features like face recognition that are also capable of clicking great selfies.

Apple always comes first in the race when it comes to the smart phone market. They are not always the first to implement new technologies in their phones but are surely the ones who popularize it. AI in the iPhone X mainly focuses in imaging and animation. The camera is capable of creating a 3D image of the face of the user in real time. The phone also comes with the a feature of face recognition unlock in which all you need to unlock your phone is to show your face to the front camera.

Samsung was not even a little late. The long awaited flagship phone Galaxy Note 8 was launched with an added feature of AI camera following the footsteps of iPhone X. Samsung introduced an AI powered assistant called Bixby. The software is still upgrading and gets regular updated. If you are not a fan of Apple then, Galaxy Note 8 can be a good buy.

If you are not ready to spend a lot of money for an AI camera phone then Honor View 10 can be a good option. The phone has a lot of interesting features and gets regular updates. The only con in this device is that it lacks the optical image stabilizer which makes the videos a little shaky.

LG launched a new version of V30 called the V30+ but it wasn't new. There were no hardware changes and nothing to support an AI program. But the phone now has an AI camera. It should not be the first choice for a smart phone but if you're just looking for an AI camera you can definitely get this phone.

Vivo is again a company which provides smart phones at a slightly lower prices. Vivo also jumped into the race of the AI camera phones with Vivo X21. The device has a lot of AI powered features like AI face beauty, AI HDR, AI face unlock and a P3 gamut which means it's capable of producing quite colourful and vivid photos. This is a good phone to buy.

Oneplus has never disappointed its customers with their lineup of smart phones. OnePlus 6 is the latest smart phone launched by the company. And ofcourse the phone has a AI camera. Oneplus has always worked on their cameras and they are really proud of it. Oneplus has done a great job in the camera for the OnePlus 6.

Google Pixel 2 came with a bang after their disastrous Pixel 1. The phone has number of AI features but the main highlight is the AI camera. The google Pixel 2 has everything what the iPhone X has except the dual camera setup. Google Pixel 2 has a digital zoom which works just fine but pixelate the picture after 10x zoom.