Expected launch dates and prices of upcoming phones of 2020. What features to expect from the new phone launches of 2020. Wait to witness the latest upcoming mobile phones of brands like - Apple, Samsung, Mi, Moto, Nokia, Google and others. 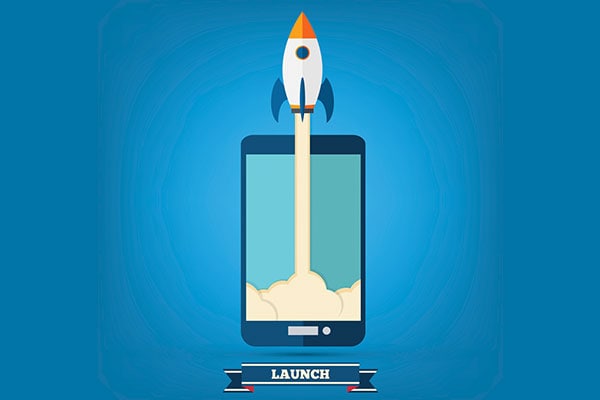 This story is for all the tech geeks who like to keep themselves updated with the latest phone launches or upcoming mobiles phone launches in India. Keeping that in mind, we've curated a list of latest upcoming mobile phones of 2020 that are going to break the rules of the smartphone world. There are loads of launches expected in 2020 and we will here present the list for you. From brands like Samsung to Sony a lot is stocked up for the tech freaks to enjoy in the year 2020 as latest upcoming mobile phones will come with some interesting features. We promise these upcoming phones are worth the wait.

The X series from Moto is a series of premium phones from Moto. After a number of launches in the X series the next in line is the Moto X5. The Moto X5 is expected to feature an iPhone X-like notch, with slim bezel and smart camera on both the front and the rear end.

Moto Z series is another series of premium phones from Motorola. With 6 inches 'borderless' displays and support for a new 5G Moto Mod, this phone will soon hit the market. The Moto Z3 expected to get a 18:9 display with a full-HD resolution of 2160x1080 pixels.

After its dramatic fall, the Nokia brand came back in the smartphone market in 2017 by launching Nokia 6 a Mid- Range Budget smartphone in China and then in other parts of the world after HMD Global revived the iconic brand. After the arrival Nokia 8 a couple of months before, All the eyes are set for the more exciting offerings of the two Nokia 9. Nokia 9 is one of the most awaited smartphones of 2019 and will be the Flagship  smartphone in Nokia's offerings, It will boast features like 13 MP dual rear cameras, 128 GB of inbuilt storage and will run Android 8.0 Oreo out of the Box. The phone reportedly has a 5.5 OLED screen and a Bezel-less display. It runs on the Snapdragon 835 processor and has  3250 mah Battery.

Seeing the past trends it is believed that the Google Pixel 3 will be out in the month of October. It is expected that this upcoming phone from Google will cut on the extra bezel and make the phone look even more elegant than before with an almost no bezel display. An updated version of the camera is also expected in the Google Pixel 3.

Samsung is among top rated brands not for high end smartphones but also for smartphones that fit in to the budget of a common man. Samsung caters to the need of diverse class of buyers in India. 2020 is also expected to see a lot coming from Samsung. Here are some of the upcoming Samsung mobile launches of 2020 that will surely make your wait worth it.

Mi with some of its top notch models, supreme quality and limited budget has taken the Indian smartphone industry by storm. When in an highly competitive market established brands had stepped down, companies like Mi came forward and lured the Indian buyers.

After its failure few years back Moto has made a strong comeback in the Indian smartphone market with some of its quality smartphones. With such a comeback Moto has been able to establish the trust it had lost some years back. Moving ahead from there Moto is now one of the most demanded smartphones in India, especially the Moto G series has been a huge success. Here are some of the most awaited Moto upcoming mobile phones.

FAQs on the Best Upcoming Phones in India 2020

Q. Which upcoming phone is the best in India?

A. The year 2020 is said to bring some great innovations in the field of mobile technology and we can expect a number of new launches from various brands. From basic smartphones to flagships, the year 2020 will see a host of mobile phone launches. However, if we are to decide the best upcoming phone in India, we would say that the savvy's expect a lot from Huawei Mate30 Pro, OnePlus 7T and Google Pixel 4 series.

Q. Which smartphone is launching this month?

A. A number of mobile phone launches would be taking place this month. From Samsung launching it's new Samsung Galaxy A51 and A71 to phones from Mi. Mi plans to roll out the 10th edition of one it's most successful launches which is the Mi Note 10. Apart from this Samsung Galaxy S10 Lite, Samsung Galaxy Note10 Lite, Redmi K30, and some other phones will be launching this month.

A. The year 2020 would be dedicated to mobile phone launches. This year we can expect a number of flagship launches from Samsung, Redmi, OnePlus and other brands.

For the latest deals, offers and news, follow HotDeals360 on Facebook, Twitter, Instagram, Google News and subscribe to our YouTube channel.
The HotDeals360 team writes about stuff we think you'll like. HotDeals360 has affiliate partnerships, so we get a share of the revenue from your purchase.
Topic
upcoming smartphones Mobiles upcoming phones of 2019
More From Mobile Phones
Popular Mobiles
Advertisement
Fear of Missing Out Best Deals?
Subscribe to our newsletter. Now!
Recommended
Trending
Latest
Quick Links
Trending
Latest