The endless struggle of getting rid of the lint from your clothes can get very frustrating, hence the need for a lint remover to give your clothes a fresh new look. Shop from this hand-picked list for some top quality ones. 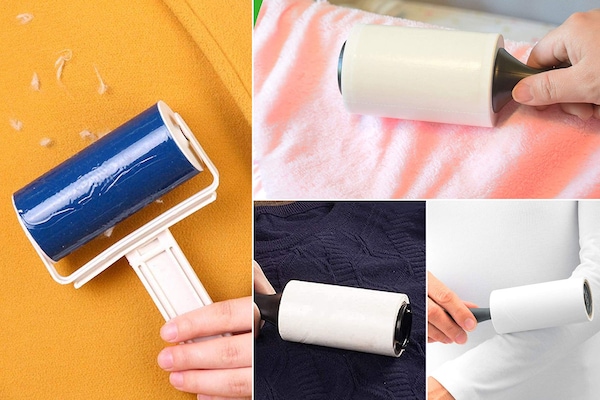 Ever caught yourself pulling that lint out from your woolens or fabrics? It could be addictive and quite satisfying to do so, but, at the same time, it could get tiring to see very little done even after a long day of work at a piece of garment. So give your mind and your fingers some rest and let a lint roller brush do the job for you. With these roller brushes getting rid of that lint will be easier and faster; and will make your clothes look like new.

It will be now easy to get rid of pet hair and fur from garments, using this lint remover brush. Simply roll the brush over the cloth you need to clean up and watch all the lint and hair vanish. Swipe it all over dark or black coloured clothes and watch them shine as good as new.

Simple to use, this lint roller brush is highly effective and easy to use. Simply remove the protective film from the roller and roll it all over your clothes and watch all the hair and lint get stuck to it to reveal absolutely clean clothes. This is a reusable lint roller, which lasts long.

Ikea's popular lint roller is highly efficient and from a popular brand, too. This roller helps easily remove lint, hair and dust from any kind of fabric. This roller brush comes with a hole in the handle to easily hang it up for storage.

How To Remove Lint Using Stuff At Home?