Best Places to Visit & Things to do In Shimla

Best Time to Visit Shimla. Things to do in Shimla and sightseeing places in and around Shimla. The best time to visit Shimla is round the Year depending on the kind of weather you want to enjoy there. Monsoon, Summers and Winters all are splendid in this beautiful place Shimla.

By: HotDeals360 Staff
Updated: Jul 05, 2018 12:02 IST
We bet you a memorable experience when visiting Shimla be it any time of the year
Capital of a beautiful state Himachal Pradesh, Shimla is located in the foothills of the Himalayas. Known to be the ‘Queen of Hills', Shimla experiences extreme climatic conditions where the winters are chilly and snowy. Shimla witnesses thousands of tourists from around the world all through the year. However the best time to visit Shimla is during winters if you want to enjoy the snowfall apart from this spring can also be considered as the best time to visit Shimla. Various adventure activities like skiing, paragliding, trekking and others can be enjoyed in Shimla. Summers in Shimla are also cool and the place can be visited in summers too. The Mall Road of Shimla is amongst the major attractions in Shimla. Shimla is also a popular honeymoon destination for the newlywed couples who wish to spend some quality time together in solace. 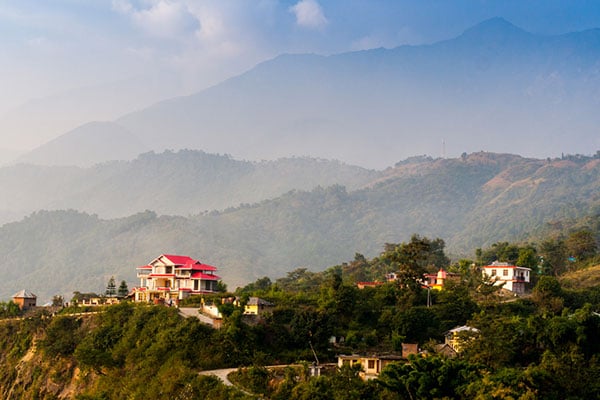 Summers in Shimla are considered to be cool and the temperature ranges between 15°C to 30°C. If you are an adventure sports freak then this is the best time to visit Shimla for you. You can get to enjoy sports like paragliding, trekking, rafting, campaigning and much more without any interruption from the weather. Quite unlike the summers in other parts of India, summers in Shimla are more like spring and stays from March to June. Shimla in monsoon is a diffrent kind of magic with washed mountains
Photo Credit: istockphoto.com/amlanmathur

July to September is the time when Shimla witnesses heavy rainfall and the temperature ranges between 15°C - 25°C. Though the weather remains cool during monsoon from July to September, it isn't considered to be the best time to visit Shimla. Most of the adventure activities remain shut down and the frequent yet irregular showers might leave you drenched while you are out for a walk on the Mall Road. 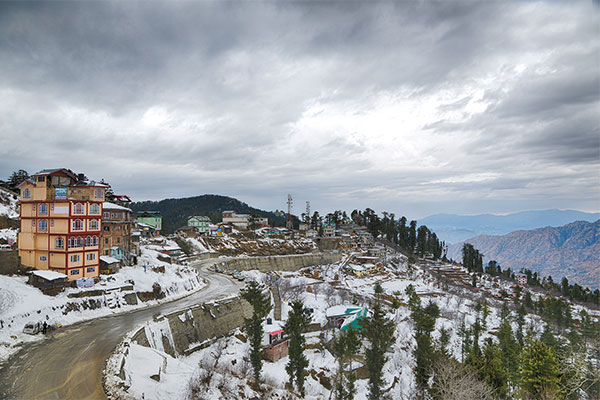 Visit Shimla during winters if you wish to see the magical snowfall
Photo Credit: istockphoto.com/Vickychd

Winters are the best time to visit Shimla for people who wish to see snowfall. The temperature varies between 0°C-17°C. October to March is considered to be the winter season, but to witness snowfall one has to visit Shimla in the month of December and January when the temperate is often below the freezing point. Other adventure sports activities might remain obstructed due to bad weather, but if you only wish to enjoy the snowfall, then this is the best time to visit Shimla.

Best Things to Do in Shimla 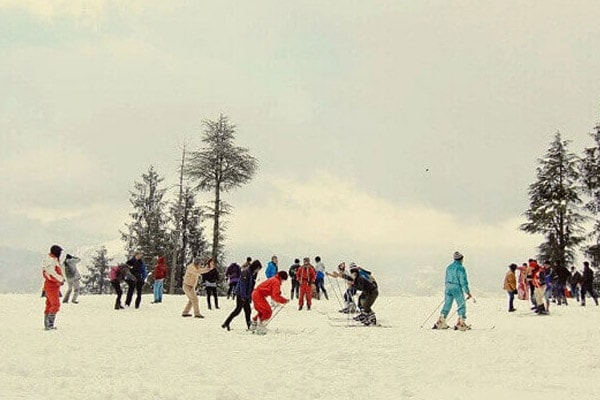 During the month of January and February Kurfi in Shimla hosts the most interesting and adventurous sports fest, the Kurfi Winter Sports Festival, where adventure sports enthusiasts from all over the world come to participate. Winter sports is on top of the list for things to do in Shimla. This picturesque destination has the oldest ski slope, so try to visit this place as this is one of the best visiting places in Shimla. 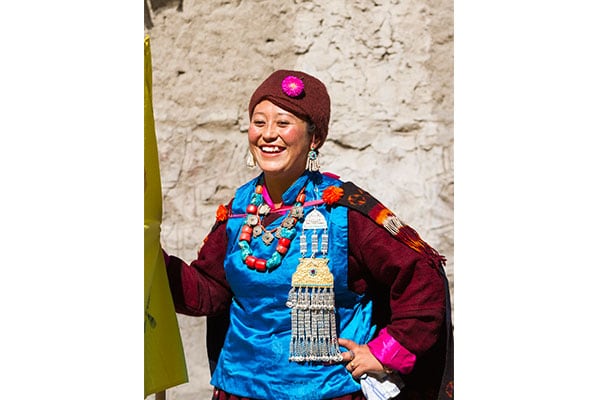 Like the Winter Sports Festival, Shimla enjoys to host the summer fest as well for the visitors who come to visit Shimla during summers to be apart of this summer fest amongst the other best thinsg to do in Shimla. The Summer Fest is one of the most awaited events that take place during the best time to visit Shimla. Around this time Shimla welcomes hundreds of visitors from across the world as it serves a range of best visiting place in Shimla. The fest celebrates the coming of summers in form of cultural activities, local handicraft exhibitions, folk performances, some other fun to do activities like fashion show, dog show, magic shows and others.

Ice Skating and Skiing In Shimla 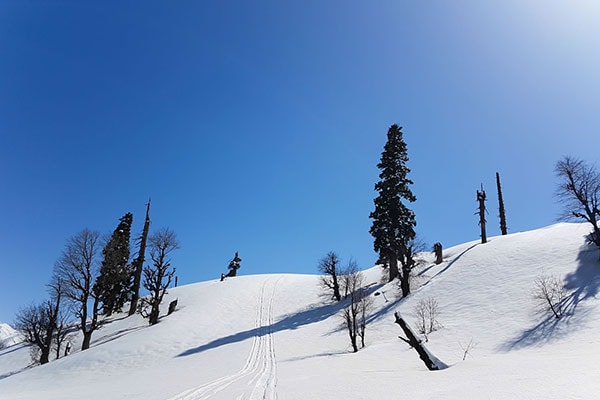 Known to be the adventure hub of Himachal, Shimla welcomes a number of tourists who are in pursuit of a thrilling adventurous holiday. Amongst the many popular things to do in Shimla adventure activities ice skating and skiing are the ones on the priority. Shimla enjoys being the only natural ice skating rink in the country. Shimla and places around Shimla hosts Ice skating and skiing festival to make the dull winters come alive in Shimla. Thus winters are considered to be the best time to visit Shimla for people who want to enjoy and try their hands on these winter sports 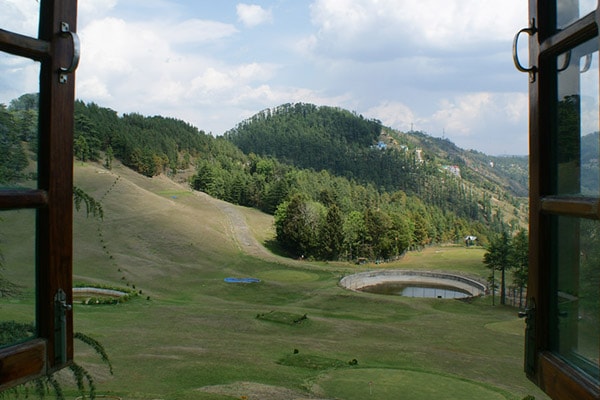 With a vast expand of open land; Shimla becomes one of the best places to play golf. Golf has emerged as one of the most popular sports in this hill station. The Golf Course is one of the best visiting place in Shimla for the golf lovers during summers. Since the atmosphere in summers remains serene, golfing in Shimla can be enjoyed at its best and is one of the best things to do in Shimla. The exotic beauty of the place adds charm to this graceful game. 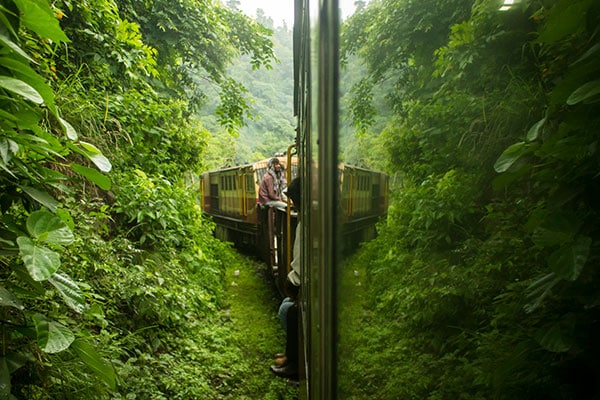 Enjoy Shimla Sightseeing in a toy train like never before
Photo Credit: istockphoto.com/mantosh

What one cannot miss to do while visiting Shimla is sightseeing at the many different visiting places in Shimla. Shimla offers a number of places to be visited during the best time to visit Shimla. From places of religious importance including the churches and temples to the cultural complex and museums, the place has a lot to the offer to the visitors with many visiting places in Shimla.

So do not wait and plan your trip to Shimla right away as this is the best time to visit Shimla. Shimla never misses to leave its visitors mesmerized with its range of the many different things to do in Shimla.
For the latest deals and offers, follow Hotdeals 360 on Facebook, Twitter
The HotDeals360 team writes about stuff we think you'll like. HotDeals360 has affiliate partnerships, so we get a share of the revenue from your purchase.
Topic
Best Time to Visit Shimla best time to visit shimla for honeymoon shimla snowfall time places to visit in shimla things to do in shimla places to see in shimla