The winter months have arrived and one of the most common questions many ask is about the best snow places in India to visit this season. We have your list ready to experience miraculous snowfall.
Updated: Oct 23, 2018 13:33 IST 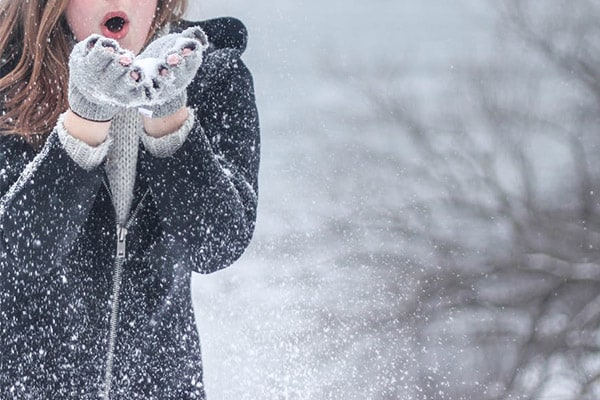 Winter is a polarizing season. While half of India is scurrying to escape the cold, the rest is braving the snow-capped mountains head on. The fairy-tale winter wonderlands make perfect backdrops for honeymoons as well as vacations with friends and family. Some holiday enthusiasts like the chill and thrill of snowy lands - to ski, to play with snowballs, and to walk and roll in the snow is their idea of having fun. India enjoys a large variety of climates, and a few areas up in the North also get to experience snow and fog during the winters. There are many among us who just love to hide beneath quilt or enjoy the aroma of a hot coffee during winters but some daring ones pack their bags and head to the place where they can challenge the freeze and enjoy the flakes of snow.

Here are the best snow places in India with bewitching sites for you to enjoy. 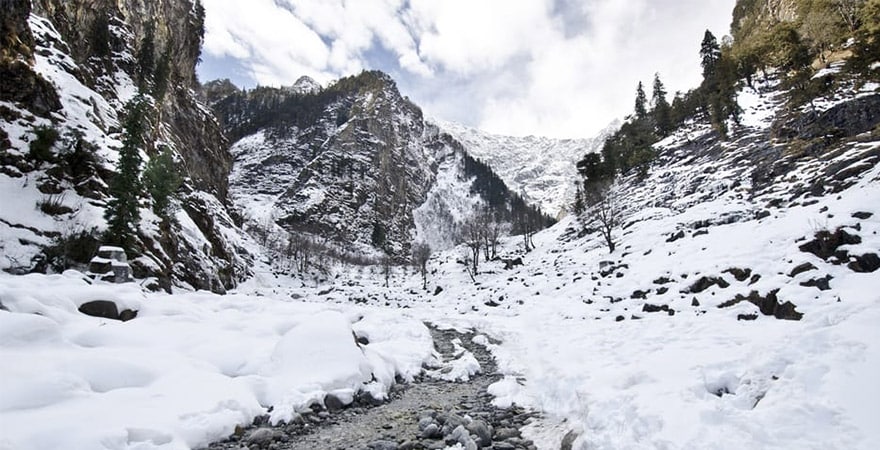 Manali is undoubtedly the place meant for every hill station lover. With a cold climate throughout the year, it is certainly a beautiful destination, surrounded by mountains and snow. The temperature can drop as low as below the freezing point during winter months whereas summers are less cold. Snow places in India especially Manali is a prime holiday destination of the country full of orchards, forests, and refreshing pathways. This town has got a number of places to visit from Manu Temple, Vashishth, which is famous for its hot springs; the Solang Valley, which is known for its splendid surroundings and ski slopes. A visit to Manali is incomplete without hitting the road to Rohtang Pass; one of the coldest. 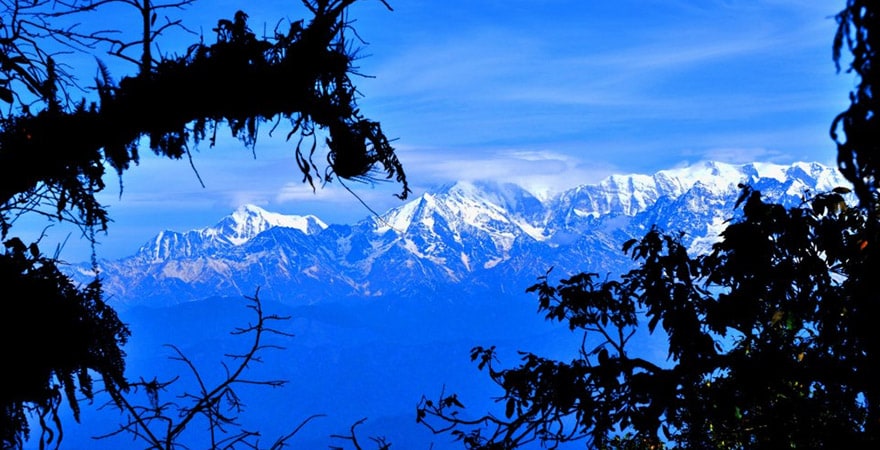 Joshimath and Auli are a popular Snow fall destinations

In the Northern Uttrakhand lies a beautiful place of Joshimath and Auli. It's a major attraction for magnificent view of the majestic Himalayas. Located at 3010 m above sea level; it has the highest and the longest ropeway after Gulmarg. The place has excellent mountain views and serene viewpoints. In the summer enjoy the moderate weather while in winters experience the snow and a lovely ride in the valley! 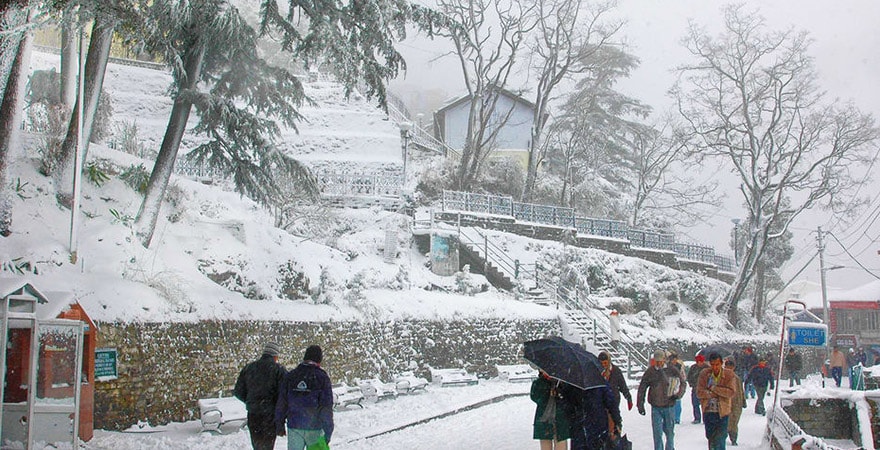 Shimla, the queen of Himachal is a breathtaking town where you can celebrate the sights, sounds and spirit of the season. The capital of Himachal is an intuitive snow place in India with colonial-era architecture, cloudy days with a sprinkle of sunshine, an iconic church that sits in the middle of a gorgeously lit up Mall Road, and a picturesque alpine backdrop on top of it all. And when it snows, this storybook setting is transformed into a winter wonderland. When in town, be sure to try your hand at ice skating at the Skating Club of Shimla, India's largest and only natural ice skating rink. 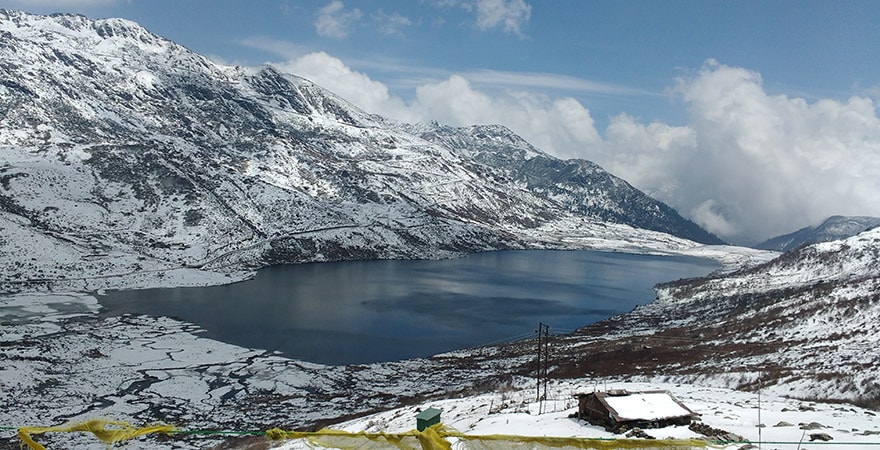 Yumthang Valley the Valley of Flowers

If you have been to Auli, Manali and Gulmarg too many times, this winter, try visiting Sikkim's gorgeous Yumthang Valley also called the Valley of Flowers. One of India's prettiest off beat destinations, Yumthang is famous for its flower-filled meadows and has been developed as a skiing destination by the state tourism department in the recent years. At an altitude of 11,000 feet, Yumthang offers fresh powdery snow, smooth slopes Adventure junkies can also try their hand at snowboarding and mountain biking. Yumthang is known for experiencing snow almost all year round. However, most of the areas here are prone to blockages and being shut down due to heavy snow. So, it's advisable to always check and confirm before you plan a trip to this place.  Also if you are visiting in winter, prepare well to brave the extremely harsh winter conditions. But the spectacular views one gets while in one of the best snow places in India is totally worth the pains.  Snow enthusiasts should avoid visiting this place during the monsoon season as the snow starts melting and heavy rains are witnessed. The most popular snow places in India and the best skiing destination; Gulmarg (meaning 'meadow of flowers') is located 52km from Srinagar. The once summer home of kings like Yousuf Shah Chak and Jahangir, on a visit to Gulmarg, you can witness how beautiful the world appears in white! Besides skiing and ice-skating, you can also chance a ride on the second highest cable car in the world. 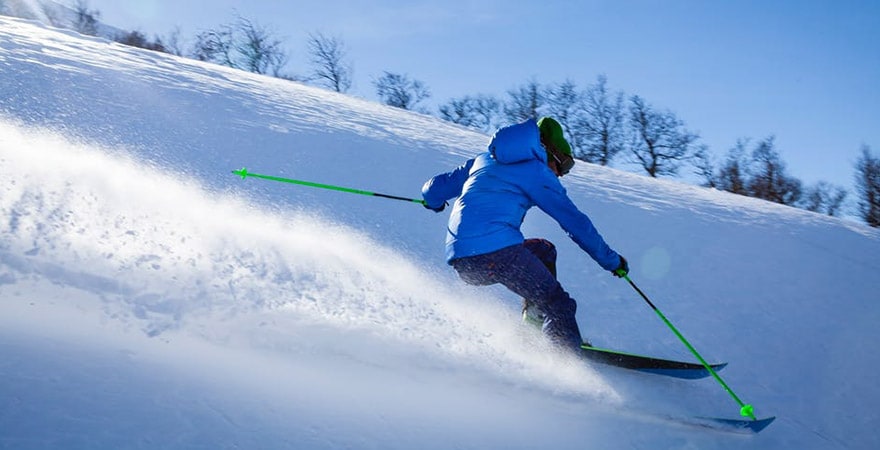 Narkanda Skiing is an experience of lifetime
Photo Credit: pexels.com

Around 65km from Shimla, this hill station is first to observe, during the winters, snowfall before Shimla. So if you want to witness the snowfall before anyone does visit this magnificent place which is at an altitude of 2708 meters. It is not just a snow place in India with snowfall but has apple orchards, now an Rs.3000 crores business. Experience the stunning snow covered Naina Lake and the Nanda Devi peaks at Nainital, which is situated around 270kms from Delhi. The best time to witness a snowfall in this Uttarakhand city is winter month of December and January. The best snow places in India Nainital have a heavenly fall called the "Snow Point". 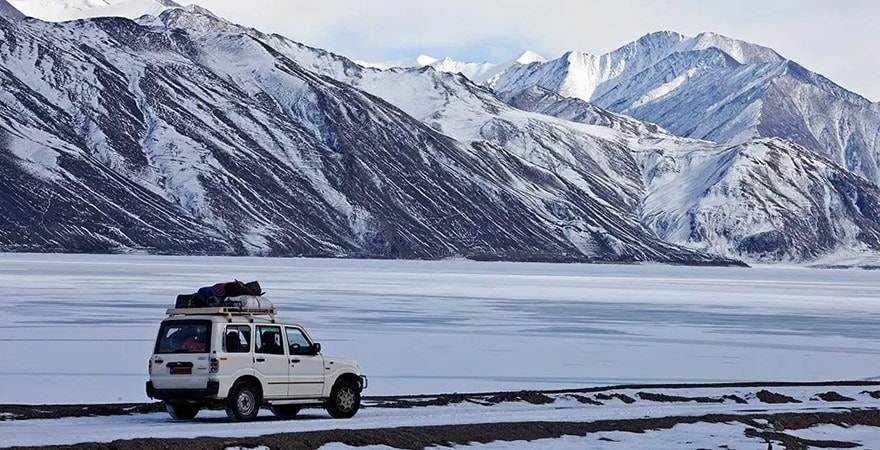 Leh and Ladakh covered in snow

The crystal blue ice and the hills on the backdrop will astonish you. The only frozen ice trek in India is incredible! The extreme adventures of the Chadar trek couples with -14 degree Celsius temperature. There are other amazing treks besides Chadar namely-Sham trek, Liker to Khaltse trek and Samboo to Khalsar. Too daring an adventure? Worry not, take a cup of hot chocolate and unwind in the God's paradise!