Much awaited movie of Sanjay Dutt has already hit the cinema theatres. Checkout Bhoomi movie ticket booking offers to save that extra penny to enjoy delightful snacks while enjoying the movie. Also, checkout the Bhoomi's cast, release date, songs, official trailer, more in the below story. 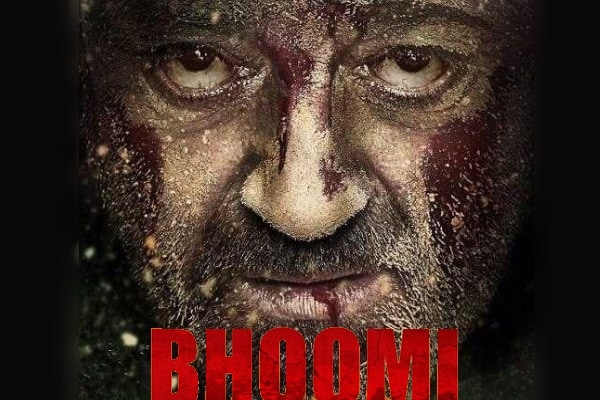 Bhoomi is an action thriller, directed by Omung Kumar and produced by Omung Kumar, Bhushan Kumar and Sandeep Singh. The movie has Sanjay Dutt, Aditi Rao Hydari and Sidhant Gupta in the lead with Sharad Kelkar in the negative role. The most awaited comeback movie of Sanjay Dutt released on September 22nd, 2017. It is an emotional and sensitive revenge drama that centers between the relationship of a father (Sanjay Dutt) and daughter (Aditi Rao Hydari), who have been torn apart by fate. Sanjay Dutt as Arun, seeks revenge from those who ruined Aditi Rao Hydari's (Bhoomi) life. He fights against all the odds of the society and people who raises finger on his daughter's character.
Below checkout the cast, songs and official trailer of the Bhoomi. Also, find the top Bhoomi movie ticket bookings offers so that you can book the movie ticket for your entire family without making a hole in your pocket.

The movie, in the first half, is a delight to watch. It shows the sweet relationship shared by Bhoomi & Arun. Despite being high on melodrama, the emotional scenes shown in the movie will leave you in awe. The twist in the plot happens when Bhoomi (Aditi Rao Hydari) gets gang – raped and at the end of the trail, the criminals are let off. The courtroom sequence in the movie is the resemblance of the courtroom scenes of Amitabh Bachchan – Taapsee Pannu – starer Pink (2016). But the dialogues in the movie that focus on the treatment that the rape survivors get in our society, feel forced. The dialogues delivered by Sanjay Dutt, during the courtroom session, as a monologue about how his daughter is being continuously and repeatedly humiliated in the courtroom, feel misplaced. The acting of Sharad Kelkar takes you to the villains of 80s. He waits till the end of the movie before beginning his evil activities. The climax of the move shows Aditi Rao Hydari as a Goddess of Hindu Mythology, who is exposing justice, and punishing the criminals and wrong-doers.