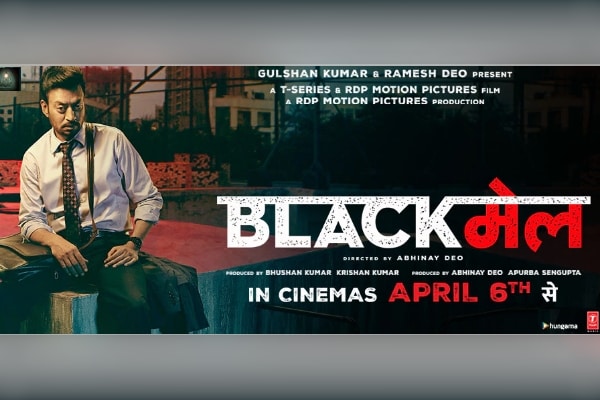 Blackmail is Bollywood black comedy drama film which has Irrfan Khan and Kirti Kulhari in the lead roles. Blackmail movie depicts life of a middle-aged married-man who is super-busy with his full day-time job and super-bored with his unexciting life. His boring life gets revived when his discovers that his wife is having an extramarital affair. The movie is co-produced, directed by Abhinay Deo and produced under T-Series Films and RDP Motion Pictures banners. You will find Divya Dutta, Arunoday Singh and Omi Vaidya in supporting roles.
Take a look at the popular movie ticket booking offers, cast, official trailer and more for Blackmail Movie in the below story and wait to more to watch this hilarious movie.

We're eagerly waiting to watch this black comedy drama film and the fun filled, engaging and hilarious performance of Irrfan Khan. Book movie ticket online without making a hole in your pocket.