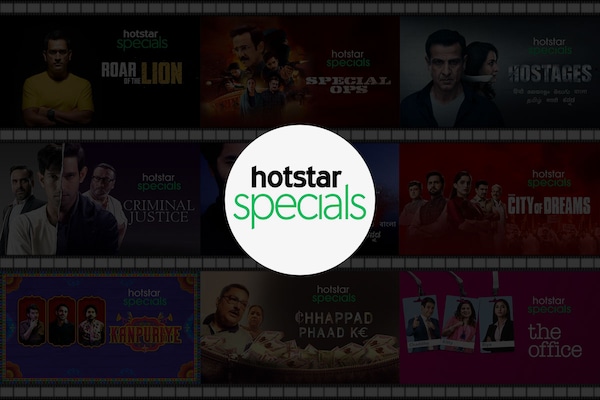 Hotstar currently happens to be among the leading streaming services in India. The Indian web series on Hotstar has grown up to be mature not only in terms of content but also in presentation and picturization. The Hotstar web series flattens across various genre from thriller to comedy to endearing romance and much more.​​​ Hotstar in recent times has come up some new premium web series. We here will be sharing a list of some of the best web series streaming online on Hotstar that you can enjoy even more with all the binge-watching essentials.

List of Best Premium Hotstar Web Series You Must Watch

An Indian espionage thriller series by Neeraj Pandey, Special OPS is a series that will for sure keep you entertained throughout. The story revolves around Himmat Singh a RAW official and his race against the time to catch hold of the mastermind of several attacks that have been taking place in the country with the help of 5 members of his task force team who are living in different parts of the world. Watch Special OPS on Hotstar to know how these men and women get together to catch the mastermind who has been fooling the police for 19 years.

Led by Ronit Roy, Hostages is an Indian crime thriller series that will keep you glued to the screen till the end. Four masked men enter into the house of Dr. Mira Anand and her family is taken hostage just the night before when she has to perform the operation of the chief minister. The doctor is asked to take the life of her patient in order to save the life of her family members. Watch Hostages on Hostar to know will Dr. Mira Anand save the family or will surrender and join hands with the criminals.

Based on Doctor Foster a BBC TV drama this Out of Love is a Hotstar web series directed by Tigmanshu Dhulia and Aijaz Khan. Dr. Meera Kapoor and Akarsh were a happily married couple when Meera finds a strand of hair on Akarsh's scarf and starts suspecting him of having an extramarital affair. Watch Out of Love on Hotstar to know how Meera discovers Akarsh's lies, his affair with a much younger woman Alia and how she navigates her marriage

City of Dreams is a political drama highlighting on the issue of family succession in leading political parties and how the family members themselves become a victim to this. The story also highlights the mentality of conventional people who still believe girls cannot overpower boys even if they are way more talented and eligible. The story begins when a failed attempt of assassination of a political stalwart from Mumbai Amey Rao Gaikwad takes place and then the feud within the family takes place. Watch City of Dreams on Hotstar to know how the Gaikwad family deals with this situation and how Amey Rao's daughter overcomes her hesitation and demands for her powers and rights as she feels she is way more capable to take ahead the legacy of her father as compared to her brother.

An Indian web series, Criminal Justice is yet another addition to the list of premium web series on Hotstar. The story is set against a cab driver named Aditya who has a one-night stand with Sanaya a girl from a very rich and affluent background. In the morning Aditya finds Sanaya dead and panics. He immediately leaves the crime scene but meets with an accident where he meets Madhav Mishra who is a small lawyer and is interested to take up this case, but later on, the family decides to handover the case to Mandira Mathur a very powerful lawyer.  The story is full of ups and downs, watch Criminal Justice on Hotstar to know how Madhav Mishra and Aditya together come out of this mess.

Bored with watching similar series on Netflix, here is something that will give you a break from thriller and action-based web series. A comedy-drama with a strong message, Chhappad Phaad Ke is a new addition to the list of Hotstar Specials. The plot of the story is based around a middle-class family with high moral values. Watch Chaappad Phaad Ke on Hotstar to know how their life takes a turn when they get hold of a bag full of money.

Other Web Series on Hostar

Apart from these best web series, there are some other interesting web series on Hotstar that are also trending. This list includes series like Season 1 and Season 2 of 'the office', Roar of the Lion and Kanpuriya. Where the office is based upon the office environment and how one has to deal with different kinds of people in a 9 to 6 job Roar of the Lion is sort of a biography of M.S. Dhoni who is said to be one of the coolest cricket captains India has ever had. Kanpuriya, on the other hand, is based upon all together with a different setup, the show shows how lively and enthusiastic people from Kanpur are. You can watch these trending web series online anytime on Hotstar.

So if you are done with watching the best series on Netflix and Amazon Prime then its time for you to binge watch Hotstar and keep yourself entertained.