Irrfan Khan Movies That Prove He Was A Talent Powerhouse

We've listed best of Irrfan Khan movies that made him popular not only in Hindi cinema but also in Hollywood. 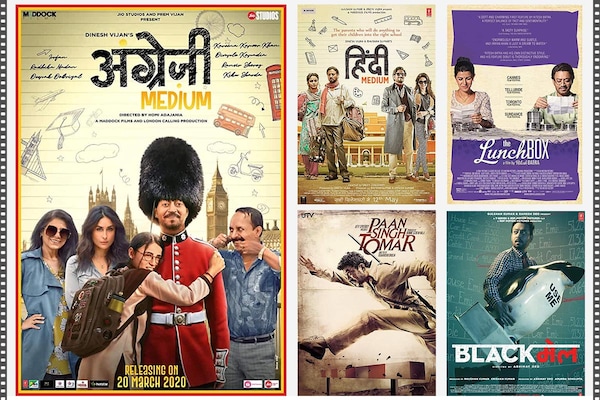 Irrfan Khan Movies That Prove He Was A Talent Powerhouse

A film actor whose work is looked upto by aspiring and established actors alike, a force to reckon with Irrfan Khan is no more. An actor who worked extensively in Bollywood while also starring in films from the tinsel town succumbed to cancer. As we mourn the loss of this legendary actor, we bring to you some of his must-watch movies that show the best of his performances.

Angrezi Medium was released on March 13 this year as the sequel to the Hindi Medium (2017). The movie stars Irrfan Khan among other lead actors from Bollywood such as, Kareena Kapoor Khan, Radhika Madan and Deepak Dobriyal. The movie revolves around a father-daughter duo, where Khan (the father) leaves no stone unturned to fulfill his Madan's (his daughter's) dream to study in London. The movie couldn't perform at the cinema halls due to the coronavirus pandemic although got much love on streaming platforms. Irrfan Khan was last seen in this comedy-flick.

Blackmail was released on April 6, 2018. This black-comedy flick features Irrfan Khan, Kirti Kulhari, Divya Dutta and Arunoday Singh in lead roles. The movie revolves around the life of a married man in his 30's who later discovers that his wife is having an extramarital affair. He then decides to blackmail his wife and her lover. Watch the movie to find out more the spicy secrets of this film.

Hind Medium was released in the year 2017. This comedy-drama was an official remake of a Malayalam film, Salt Mango Tree (2015). The cast of the movie features Irrfan Khan and Saba Qamar in the lead roles. In the supporting roles, you can see Deepak Dobriyal and Dishita Sehgal. The plot of the movie revolves around the struggle of the middle-class family couple who are striving hard to get their daughter admitted into a prestigious English-medium school. Watch the movie to see the impeccable performances of the actors for which they were praised for. It was also one of the highest-grossing movies of Irrfan khan, after The Lunchbox.

Piku was released in the year 2015. This comedy-drama film features super stars Deepika Padukone, Amitabh Bachchan along with Irrfan Khan. You can see Moushumi Chatterjee and Jisshu Sengupta in the supporting roles. The story of the movie revolves around short-tempered Piku Banerjee (Deepika) and her grumpy, aging father Bhashkor (Amitabh) who constantly struggles with his constipation problems. Rana Chaudhary (Irrfan) joins them on a journey from Delhi to Kolkata and get stuck between the father-daughter duo.

Jazbaa was released in the year 2015. This crime thriller flick was a remake of the South Korean film Seven Days (2007). The movie features Aishwarya Rai Bachchan, Irrfan Khan, Shabana Azmi, Jackie Shroff, Atul Kulkarni and Chandan Roy Sanyal in the prominent roles. The plot of the movie revolves around a lawyer forced to defend a disreputable criminal after her daughter is kidnapped. Irrfan was loved for playing the cop in the movie.

Jurassic World was released in the year 2015. This American science fiction adventure movie was directed by Colin Trevorrow and is the fourth installment of the Jurassic Park film series. The movie features Chris Pratt, Vincent D'Onofrio, Bryce Dallas Howard, Ty Simpkins, Omar Sy, Nick Robinson,  BD Wong, and Irrfan Khan. Irrfan played the role of the CEO of the Masrani Corporation and the owner of Jurassic World.

The Lunchbox was released in 2013. This epistolary romantic film stars Irrfan Khan, Nimrat Kaur and Nawazuddin Siddiqui in the prominent roles. The film was primarily screened at the 2013 Cannes Film Festival on 19th May 2013. The plot of the movie revolves around Ila (Nimrat Kaur) and her husband (Nakul Vaid), where she finds ways to seek her husband's attention so to bring romance back into her marriage. She decides to cook delicious lunches for him and sends them lunchbox through the famous Mumbai "Dabbawalas”. The lunchbox gets mixed-up and gets delivered to Saajan Fernandes (Irrfan Khan) who is a widower and about to retire as an accountant.

Paan Singh Tomar was released in 2012. This biographical film is based on the true story of the athlete, Paan Singh Tomar, who was a soldier in the Indian Army and won a gold medal at the Indian National Games. Against all the wrongs of the system, he was forced to become a rebel. Irrfan Khan plays the lead role of Paan Singh Tomar. Alongside you can see, Mahie Gill, Vipin Sharma and Nawazuddin Siddiqui in the supporting areas.