Newton has already entered Oscars 2018. Puzzled? Haven't watched the movie yet? Below read about the cast, story line, songs, review of Newton movie. Also, find the latest movie ticket booking offers so as to book your movie tickets right away. 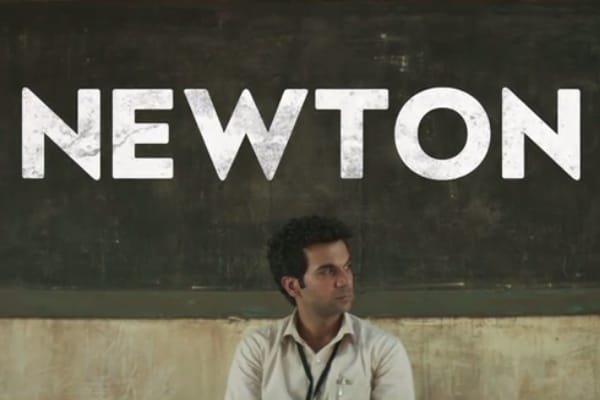 Newton is a comedy film, directed and written by Amit V Masurkar. The movie is produced by Manish Mundra under the banner of Drishyam Films. The Screenplay of the movie is written by Amit V Masurkar and Mayank Tiwari. The star cast of the movie includes Rajkummar Rao, in the lead role of Newton Kumar; Pankaj Tripathi as Aatma Singh, Anjali Patil as Malko and Raghubir Yadav as Loknath. The movie is about Newton Kumar, a novice governmental clerk who is sent on an election duty to a naxal – controlled town in Chhattisgarh, India. Despite facing the disinterest of the security forces and the fear of attacks by communist rebels, Newton tries his level best to conduct fair voting during the elections. The plot of the movie shows all the difficulties and challenges faced by him during the process.

Comedy being the forte of Rajkummar Rao, he is back with yet another black comedy movie, which by the way is not only winning hearts of the audience but is also India's official entry to Oscars next year. The actor, as always, has stamped himself on both the role and the story of the movie. The happiness of the team of the latest release Newton is double – firstly because of the amazing response on its opening day and secondly because of India's official entry in the Oscars 2018. The movie is filled with unforeseen insights and questions, and some terrific performances throughout the movie. The movie is about the clash between idealism and reality.