Priyanka Chopra upcoming movies are listed in the below story where you can take a look at all the upcoming Hindi movies of Priyanka Chopra Jonas and mark the dates on your calander. 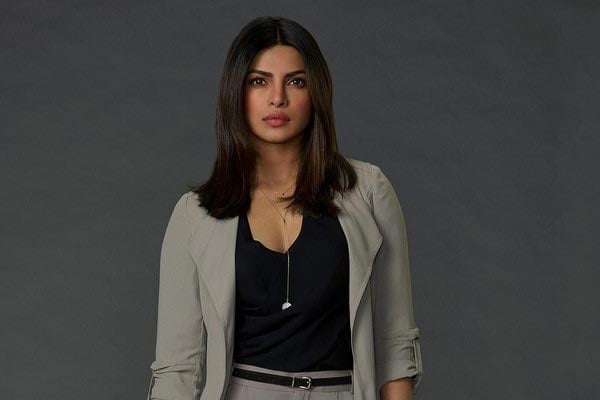 Success does not come easily, you have to earn it. Same is the case with Priyanka Chopra. Born to an army doctor couple she has really had an unstable childhood, thank to her parents regular change of posting. She grew up with an aspiration to become an engineer or a psychologist; bus destiny had something else in store for her. She came into the limelight in the year 2000 when she was crowned the Miss World 2000. Bollywood queen Priyanka Chopra, after being crowned the Miss World in 2000, cinched the glamor industry with her most sort out attitude. After winning the beauty pageant, she decided to make her career in Bollywood, and started off with modeling and was featured in various music albums in her early days.She has been gleaming the film industry for over a decade and has now become an unbounded global icon. After the huge success of her debut American Television thriller series Quantico, she is now all set to share the screen with Hollywood star Dwayne Johnson in Baywatch, giving her acting career in Hollywood a boost. She has recently wrapped up the second season of Quantico and is now planning to venture into the digital entertainment with her production house Purple Pebbles Pictures going to publish a web series.

Born on July 18, 1982 Priyanka Chopra has tried her hands on almost everything possible in bollywood be it modelling, singing, acting, and producing as well. Apart from being a successful actress Priyanka has always been involved in philanthropic acts.
She has been a part of UNICEF for the last 10 years, and has also been appointed as the global Goodwill Ambassador for child rights in the year 2010 and 2016. Apart from working for child right she has also involved herself in the well being of environment, health and education, women's rights. She is known to be true feminist advocating gender equality.In spite of all her busy schedule in Hollywood, she always finds time to deliver something interesting to Bollywood.

Her career in Bollywood got a boost with Andaaz (2003), when director Raj Kanwar signed her opposite to Akshay Kumar and another beauty pageant winner Lara Dutta (Miss Universe, 2000). The film hit the box office with record-breaking graphs, and it was from here when she started getting noticed for her role. She has been a part of many hit films like Mujhse Shadi Karogi (2004), Aitraaz (2004), Krrish (2006) and Don (2006), starring biggest superstars like Akshay Kumar, Hritik Roshan. The biggest kick to her aspirations in Bollywood was given by Madhur Bhandarkar's Faishon (2008), which got her first National Film Award and Filmfare Award for Best Actress as well. With this, she stepped into the list of Biggest B-Town actresses.

She has always been a versatile actress fitting into various frames and playing a number of anarchistic roles in movies like Kaminey (2009),7 Khoon Maaf (2011), Barfi (2012), Marry Kom (2014), Dil Dhadakne Do (2015), Bajirao Mastani (2015). She was awarded the Filmfare Award for Best Supporting Actor Female for her role in Bajirao Mastani.Apart from this, she has also shown her interest in singing with the launch of her two international music video albums In My City with Hollywood musician Willaim and Exotic(2014) with Pitbull. She has got international recognition for her project Quantico, an American television thriller crime series in which she played the role of an FBI agent. She has been awarded the Padma Shri, the fourth highest civilian Award given by Government of India. Also, her name has been included by prestigious Time Magazine in the list of 100 most influential people in the world.
This Indian Desi Girl is all set to be the Guest of Honour at the Toronto film Festival. The Toronto film festival has decided to honour Priyanka Chopra on September 6, 2017, a day before its commencement. This fund raiser event will honour Priyanka for her foundation and their philanthrophical works. The funds raised would be used for the development of Canadian talent and to bring more women behind the screen and on screen.