Secret Superstar another blockbuster is on its way. Well this has again become another most talked about movie by Aamir Khan. Read all about the movie the songs, star cast, release date and watch the trailer here. 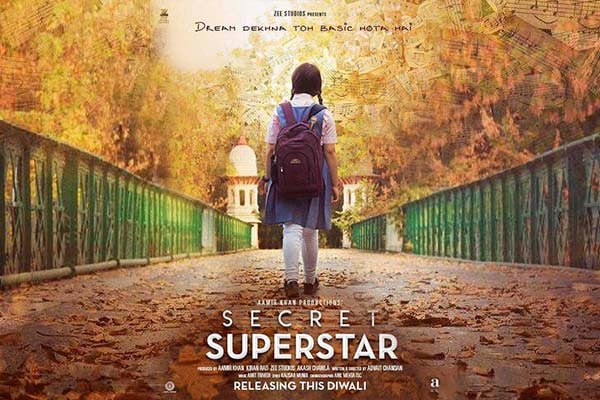 Secret Superstar is an upcoming Bollywood musical drama film which is written and directed by Advait Chandan. It features stars Zaira Wasim, Meher Vij, Raj Arjun and Aamir Khan in the lead roles. The movie plot depicts the social issues which includes feminism, gender equality and domestic violence. This is a story of young and ambitious teenage girl who aspires to become a singer and apparently become the youth sensation just by uploading her videos on YouTube while disguising her identity with a niqab. To get the better view of the movie, take a look at the movie for which you need to book movie tickets online.

Insia is being constantly opposed by her father and due to that pressure; she is not able to fulfil her dreams. She soon becomes an internet sensation- a secret superstar. Watch Insia's embarks on an exciting journey that changes her life and lives of everyone around us.