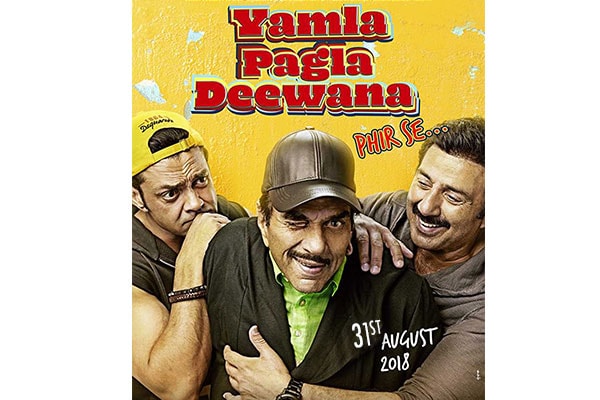 An upcoming Bollywood action comedy, Yamla Pagla Deewana: Phir Se is a sequel to the movie Yamla Pagla Deewana 2. Directed by Navaniat Singh the movie stars Dharmendra, Sunny Deol, Bobby Deol along with Kriti Kharbanda. Though it is a sequel, the movie wouldn't be a continuation of it's earlier part. The Yamla Pagla Deewana: Phir Se has a completely new story with the Deol brothers along with Dharmendra playing fresh characters. The story revolves around the brother duo Pooran and Kaala using their inherited skills of the Ayurveda panacea 'Vajrakavach' which is an effective and famed remedy for all ills. Both the brothers use it differently. To see how both of them use their skills, visit the your nearest theaters soon as the movie has already released on 31st August 2018.

Checkout the latest and best movie ticket booking offers that can help you book movie ticket online without spending too much.