It's World Chocolate Day on 7 July 2018, Some interesting facts you did not know!

The World is celebrating The Chocolate Day on 7th July, we have some interesting facts on this for you, some strangest things about Chocolate you did not know about.
Updated: Jul 04, 2018 15:33 IST 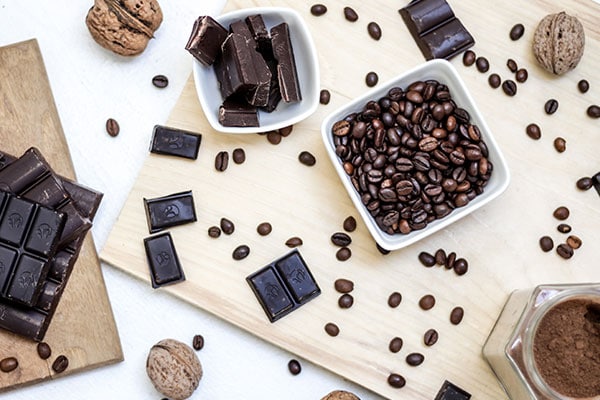 Chocolate Day : 7th July & Some Strange facts on it.
World Chocolate Day as the name suggests is one of the sweetest days of the year. People from all around the world celebrate the discovery of chocolate on World Chocolate day which will be celebrated on 7th July 2018 this year. Chocolate has a vital role in our lives. It makes for a great gift for your loved ones and is widely accepted as one of the most delicious treats to indulge in all around the world. Chocolate is also one of the most loved flavors in different forms of food. It is in its true sense,a great source of happiness. Chocolates come in various flavors like the white chocolate, dark chocolate, nutty chocolate and more. I am sure you are headed to buying some great chocolate this chocolate day and we have some fabulous advice for you. - Read on The 5 Best Indian Dark Chocolate Brands. So let's have a look at some of the strangest yet interesting facts pertaining to "Chocolate":

The cacao tree is where chocolate is extracted and processed from. It is believed that the ancient Mayan civilization was the first people to grow cacao trees and drink chocolate from it, and later the Aztecs got it. The word "Chocolate" comes from the Aztec word "xacoalt" which refers to a bitter, spicy drink that the Aztecs made from the cacao tree, and the scientific name, Theobroma cacao means "Food of the Gods." Chocolate drink was so popular and loved, that the Aztec emperor Montezuma II drank over 50 cups of chocolate A DAY! In fact, chocolate has been used as a drink and not a solid food item for most of its history.

7 July, 2018 would  mark 468 years since chocolate was first introduced in Europe, and the first Chocolate bar was invented in 1847 by Joseph Fry. Cacao seeds were also a form of currency during the reign of the Aztec emperor in Mesoamerica, and chocolate was also a payment made to soldiers during the Revolutionary War. A long history linked to chocolate reveals that a wide range of substances were mixed with chocolate which also included dinosaur fossils during the pre-Columbia era!
Nazis were believed to plot the assassination of Winston Churchill using exploding chocolate bars. Another interesting fact is that in the famous American movie "Psycho", chocolate syrup was used as blood!

The scientific studies done on chocolate and their implications have been particularly intriguing. Chocolate has over 600 flavor compounds, whereas red wine only has 200. Chocolate is said to give you a more intense mental high and gets your heart racing than kissing! Chocolate milk is also considered to be an effective post-workout recovery drink. A 2004 study based in London found that 70% of the people would reveal their password in exchange for a chocolate bar. There is a little caffeine in chocolate, but Dark Chocolate can have as much caffeine as a bottle of Coca-Cola!

List of Some interesting Indian Chocolate Flavours you did not know existed:

You can read about our Indian Brands who are crafting these fabulous flavours for us on our Story on - The Top 5 Dark Chocolate Brands in India.
Chocolate has been present in human history for over 3000 years and has played a significant role in different cultures through time. Hence, all these facts point to the importance for a "World Chocolate Day", and thankfully we already have it! So indulge in the transcendence of chocolate this World Chocolate Day on 7 July, 2018!

Surprise your Love with these Interesting Unique Flavours to try this Year, We are sure you will love these if you are an adventurer and an explorer to taste new things. These combinations and flavors are a sure straight win to the heart.