Take a look at the most popular and best touch screen laptops in India for to shop online. Buy from these best sellers like- HP, Microsoft, Dell, Samsung, Lenovo and others at awesome prices using HotDeals360.
Updated: Dec 20, 2019 12:14 IST 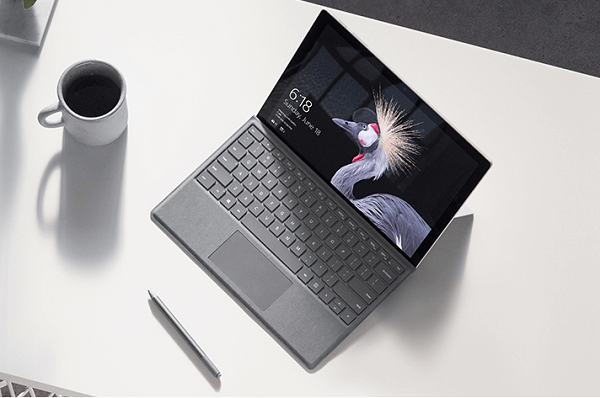 The HP Envy x360 is one of the best touch screen laptops when it comes to design. Powered by a 7th generation Intel Core i5 processor and 8GB RAM along with 1TB hard drive, there's a lot that the users love about this touchscreen laptop. The laptop sports a 15.6 inch full HD touch screen that can be flipped 360 degrees. Light in weight this is just the perfect pick for people who need to carry their laptops daily.

The Lenovo Miix 630 is the first device from Lenovo that is built around the new and the most powerful Qualcomm Snapdragon processor. The processor gives this touch screen laptop the ease of connectivity with the help of LTE connection. The battery life is magnificent that give 20 hours of backup. The Snapdragon has helped the manufacturer create a strikingly thin and light touch screen laptops that are fan-less. The detachable keyboard and pen provides flexibility.

Acer has quickly been able to establish a name in the laptop industry. After the great success of the Acer Aspire series the company has come up with a new range of touch screen laptops named as the Acer Swift series. The Acer Swift 5 sports a brilliant design and is mentioned amongst the ultra-light laptops. The company has used magnesium for the chassis, which is the reason behind its light weight.

Asus these days is being considered as one of the top laptop brands in the country. The Asus NovaGo was one of the first touch screen laptops to have featured the powerful Qualcomm processor. The NovaGo offers multiple connectivity including 4G and has a long battery life. The company has introduced this touch screen laptops to provide its users a more phone like experience with their laptop.

The HP Spectre X360 is offers the best balance between a tablet and a laptop. This one of the best laptops with touch screen has a perfectly slim bezel that allows the user to view all sorts of content and is light enough to be carried even for long distances. Also as a laptop the HP Spectre X360 offers long battery backup and a detachable keyboard.

The Dell XPS 15 is one of the best laptops with touch screen a user can seek to get. With amazing specifications like robust design and build quality and top line features. The laptop has a 15 inch smooth touch display, that can be used by both the professionals and as well as for people who use laptops just for fun.

For the latest deals, offers and news, follow HotDeals360 on Facebook, Twitter, Instagram, Google News and subscribe to our YouTube channel.
The HotDeals360 team writes about stuff we think you'll like. HotDeals360 has affiliate partnerships, so we get a share of the revenue from your purchase.
Topic
Best Laptops with Touch Screens Laptops with Touch screen touch screen laptops touchscreen laptops laptops with touchscreens
More From Laptops
Popular Laptops
Advertisement
Follow Us
Fear of Missing Out Best Deals?
Subscribe to our newsletter. Now!
Trending
Latest
Quick Links
Trending
Latest