Now stay connected to the internet even while on the go, with these popular Wi-Fi hotspot devices. 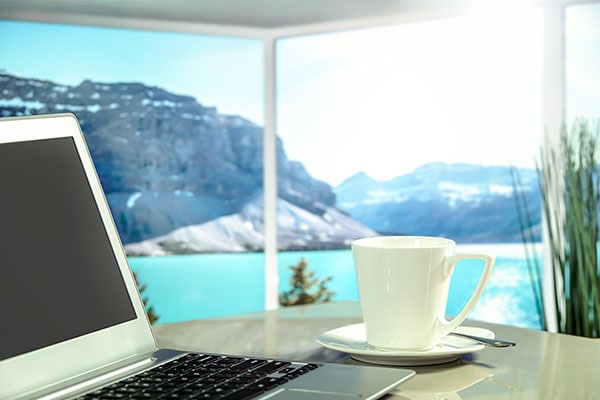 Fine the top five WiFi Hotspots in India, in this listicle

Catching hold of a good internet connection in the metro, campsites, hotels, or even in some parts of your home, can be a tricky business. Catch hold of these portable hotspot devices that connect to various data networks to transmit a fresh, secure Wi-Fi network for your devices. They provide a stable internet connection even in tricky network areas, making them a must-have when outdoors.

While some may argue that the hotspot feature of smartphones serves a similar function, it drains the battery very quickly. Adding to it, connecting four to five devices to a smartphone hotspot at the same time may result in poor internet connectivity.

Similarly, public Wi-Fi connections are prone to security risks. Mobile hotspots, on the other hand, offer secure connections with encryption tools such as WEP and WPA. This keeps your connection safe from hackers and moochers.

In the following listicle, we have picked some of the popular hotspot devices in India that are frequently bought online. These have been reviewed by our editorial team based on battery life, user-friendliness, bandwidth, and customer reviews.

We recommend looking for the networks that work best in your area before finalising the hotspot device. Also, if you are planning on travelling abroad, don't forget to choose a data plan that'll best serve your purpose.

This small, pocket-sized hotspot device by Micro Hitech supports an uninterrupted 4G Airtel network. It has been designed in such a manner that you can enjoy 4G speeds even on non 4G devices. You can easily connect up to 10 WiFi enabled devices with this hotspot at the same time. Thanks to its multi-input and multi-output technology, it also ensures an impressive WiFi coverage. Just insert a 4G sim in this device and you are good to go. Other features include a battery backup of six hours and a standby time of 300 hours.

This 4G Wi-Fi hotspot device comfortably fits in your pocket. It is battery operated with a six-hour battery (2300mAh) backup. You can connect up to 10 Wi-Fi enabled devices at once. It has a sleek body design and is lightweight. It has micro SD card support of up to 32 GB. The network is compatible with 4G, 3G, or 2G. The device gives a downloading speed of up to 150Mbps and the uploading speed is up to 50Mbps.

TP-Link Input type R-11 is a WiFi dongle that is supported by ISPs such as MTNL, BSNL and Tata Indicom. It is designed to conveniently extend the coverage and improve the signal of an existing wireless network. Moreover, its Ethernet port allows the device to act as a wireless adaptor that turns a wired connection to a wireless network. With 300Mbps wireless speeds, it is ideal for HD videos, streaming and playing music. Its miniature size and wall-mounted design makes it easy to deploy and move flexibly. The device has 5 signal lights that represent the current signal strength received from and existing router. It is also compatible with the latest windows 8 operating system.

This hotspot device by Huawei offers strong WiFi coverage, thanks to its multi-input and multi-output technology. It is compatible withal 4G and 3G sim cards, with the only limitation being that it doesn't support micro and nano sim cards. It ensures connectivity of up to 10 devices at the same time, with a 1500mAh battery backup of five to six hours. Further, this user-friendly device is easy to install- insert a full sim card, switch on the device, and you are good to go.

This travel-friendly hotspot device by Tenda is another popular choice. From seaside and picnics to coffee shops, it ensures a strong network connection. It is compatible with all cellular network SIM cards and also supports almost all WiFi enabled devices, such as laptops, tablets, computers, and smartphones. Further, you can connect it with up to 10 devices simultaneously and enjoy an uninterrupted connection for 10 hours. This plug-and-play device also supports micro SD cards up to 32 GB and offers an impressive download speed of 150Mbps.