The Best time to Visit Andaman is round the year and it has peak season in summers, winters as well as monsoon depending on what season are you looking to enjoy in this heaven. Sunny beaches, water sports, trekking and some history make this destination a must visit.
Updated: Dec 13, 2018 16:11 IST 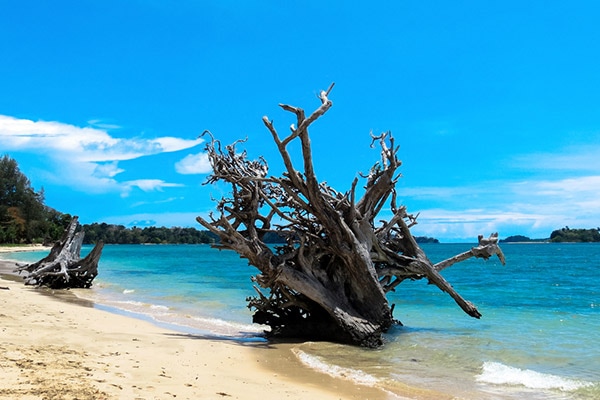 Best Season to Visit Andaman in 2018

Andaman Islands are one of the least explored tourist destinations in India, however in the recent times a change in the trend has been noticed and people are now seriously considering it as a fabulous holiday destination. Andaman enjoys tropical climate and is a tear round destination. The fluctuations in temperature are quite minimal and the weather remains pleasant for most time of the year. However, Monsoon isn't considered to be the best season to visit Andaman as the ocean may become outrageous during tides. The island does not witness winters and thus the season can be divided into two monsoon and summers. October to May are considered to be the best season to visit Andaman, during this time the tourists feel calm and soothing amidst the fresh air. If you are planning to visit plan it around January so that you can be a witness to the annual tourism festival. The place is mostly popular amongst the newly wed couples is one of the top priorities when it comes to selecting  best honeymoon destinations.

How to Reach Andaman

By Air: Veer Savarkar International Airport in Port Blair, Andaman is the major airport in Andaman.
By Train: You can reach Chennai, Vizag or Kolkata via train and from there waterways are available to reach Andaman.

Best Season, Month to Visit and Temperature in Andaman 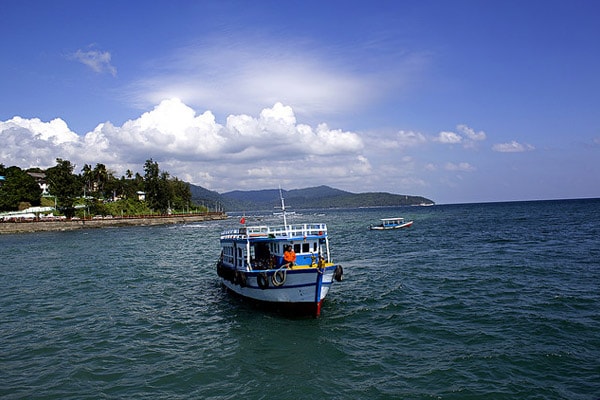 Summers in Andaman are moderate and the temperature generally varies 24 to 37 degree Celsius. Summer season in Andaman begins from April and lasts till July. The little temperature variation during this time makes it the best season to visit Andaman and enjoy sightseeing tour, relaxing on the beaches, taking soothing spas and much more 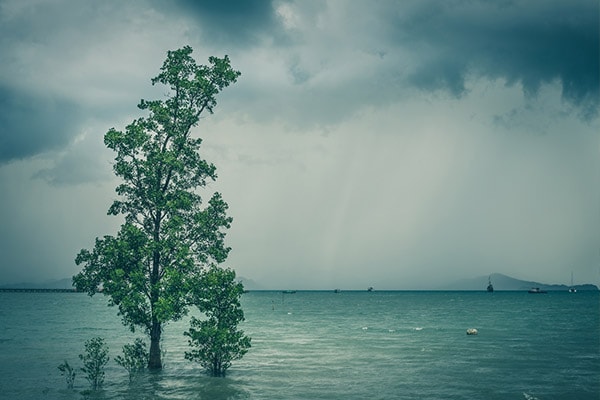 The pleasant monsoons are the best time to visit Andaman
Photo Credit: istockphoto.com/Placebo365

Monsoon in Andaman remains for a very short period beginning towards the end of July and lasts till mid-September. The temperature remains around 22 degree Celsius which is quite pleasant, however this isn't considered to be the best season to visit Andaman as the sea keeps on overflowing and most of the beaches remain closed because if security reasons. 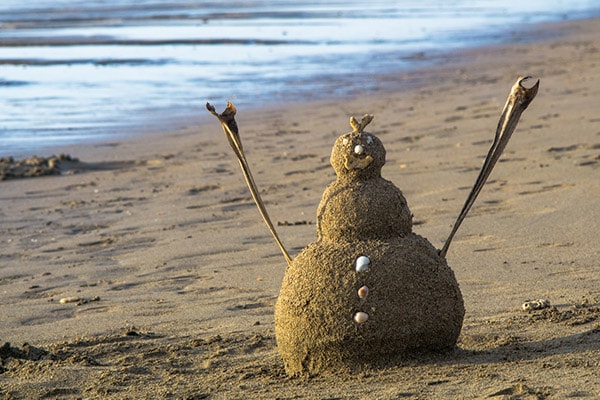 Winters in Andaman are cool and the place does not witness extreme winters. The winters begin around October and ends by March. The temperature during this period remains around 20 degrees, which is quite cool. People from the north who wish to escape the extreme winters consider it the best time to visit Andaman. 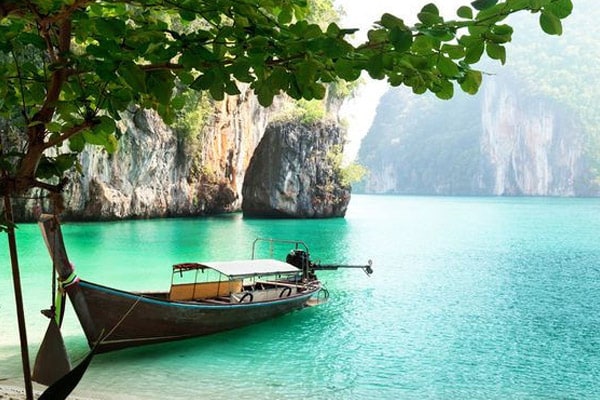 Andaman is an all round the year destination
Photo Credit: flickr

The clear blue sea and the calm weather makes Andaman a place that can be visited year round, however the best season to visit Andaman is form November to May. The evergreen forests and pristine landscapes make it a picturesque destination. During the best season to visit Andaman the tourists can also try their hands on water sports like scuba diving and exploring the marine life.

Things to Do in Andaman

A number of activities can be done in Andaman during the suggested Andaman tourism best time to visit. The to do list can range from scuba diving, snorkelling, trekking to parasailing.

The Beaches In Andaman 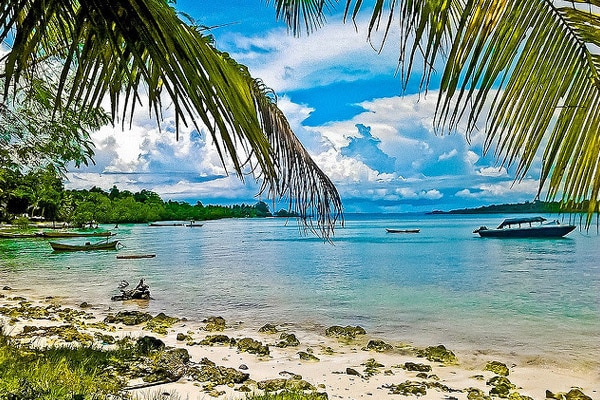 Andaman Islands are known for their relaxing beaches, you can easily visit beaches like Radhanagar, Elephant Beach, Lalaji Bay Beach, Wandoor Beach and many more. These beaches offers a relaxing holiday, in order to make your beach visit fulfilling Andaman tourism says the best time to visit is Summers also do not forget to try the refreshing drinks, and yummy sea food. 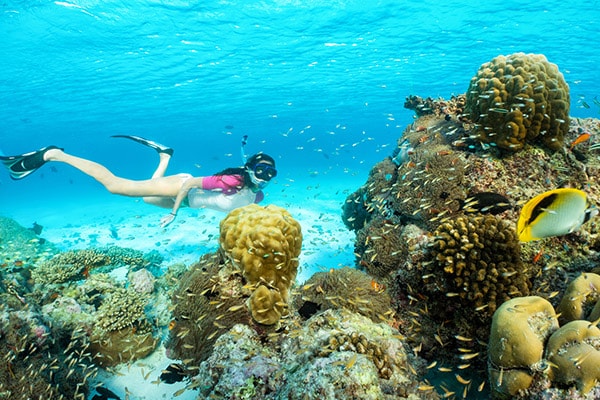 Andaman is a snorkelling and scuba diving destination of India
Photo Credit: istokphoto.com/SHansche 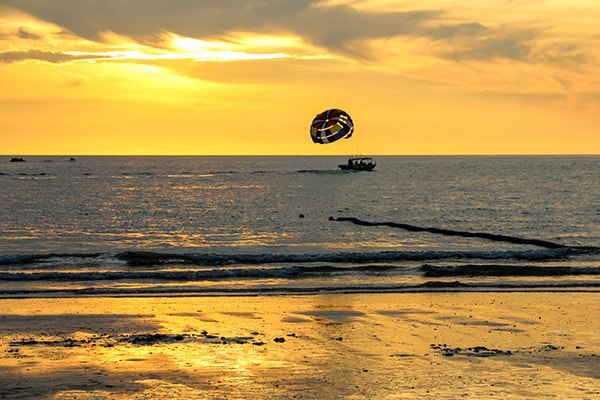 Parasailing is a perfect fusion of the air and water adventure. Parasailing is best enjoyed under clear sky and thus summers are considered to be the best time to visit for Parasailers.  This activity allows you to live you childhood dream of flying like a free bird in the open air. The Rajiv Gandhi Water Sports Complex and Havelock islands where water remains calm is considered to be the best places for parasailing. Recommended by Andaman tourism best time to visit Andaman for water sports is summer and winters. 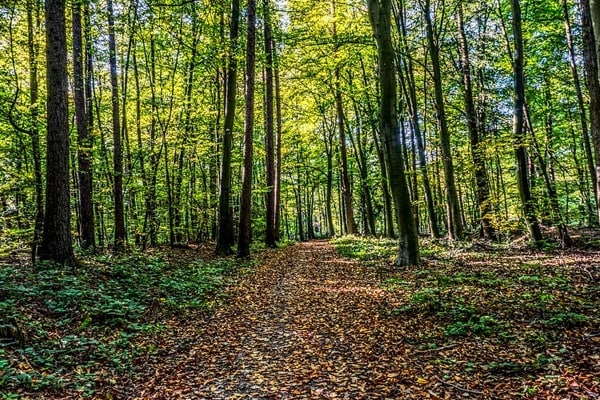 Trekking is another adventure sports that can be enjoyed during the best time to visit Andaman. Trekking can also be combined with bird viewing where you can get to see a variety of fauna while you are trekking your way upwards. The place is enveloped with dense forests and rich flora and fauna which makes trekking in Andaman a rich experience. 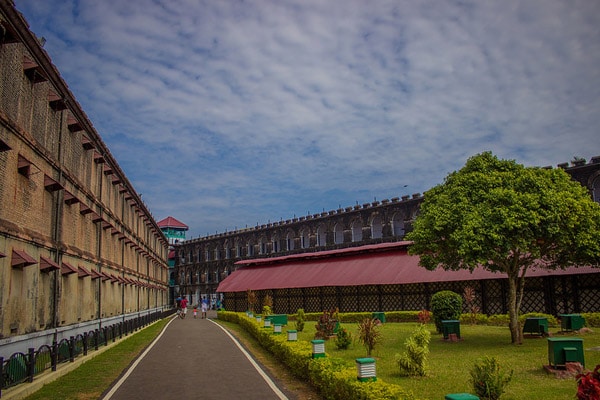 Cellular Jail popularly known as the Kala Pani ki Saza is amongst the most visited places in Andaman by the tourists during the best season to visit Andaman. This jail was used during the British rule to punish the freedom fighters. The Jail was called as cellular as it was made of single cells for keeping the fighters aloof.

Andaman is blessed with a rich flora and fauna and if you do not want to miss on a wholesome package of fun and enjoyment visit Andaman in summers as it is considered to be the best time to visit Andaman.

Get Deal
For the latest deals, offers and news, follow HotDeals360 on Facebook, Twitter, Instagram, Google News and subscribe to our YouTube channel.
The HotDeals360 team writes about stuff we think you'll like. HotDeals360 has affiliate partnerships, so we get a share of the revenue from your purchase.
Topic
Best time to Visit Andaman peak season in andaman best time to visit andaman for scuba diving best time to visit andaman port blair Andaman & Nicobar islands
More From Lifestyle
Advertisement
Fear of Missing Out Best Deals?
Subscribe to our newsletter. Now!
Trending
Latest
Quick Links