Comic book sets are a packed bundle of joy. Give your kids entertainment an old-school touch with these comics and comic strips that tickled you throughout childhood! 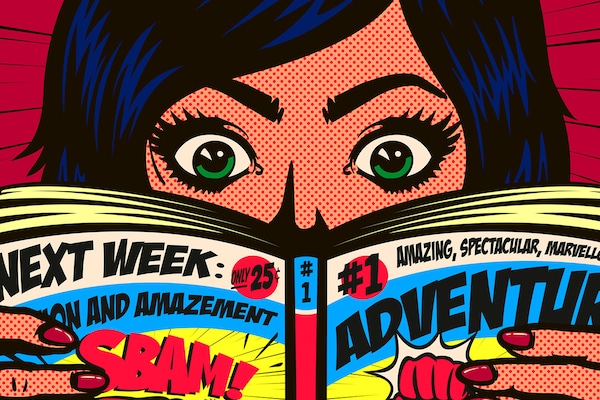 Besides tickling the funny bone, comic books often touch upon morals and philosophy too.

Comic books are a ticket to the lands of laughter! Not just their bone-tickling narratives but the special unsaid code of communication too has fascinated mankind since ages. From discussions about favourite characters to digging in the secrets behind the storyline, they are in themselves a cult of sorts. They often bring to the readers moral lessons, philosophy and knowledge wrapped in the simplicity of their characters, with a huge dose of laughter, or sometimes wit. Here are some of the complete sets of comic books and/or strips that have tickled many generations, and some of which are popular even today!

1. The Complete Calvin and Hobbes

The storyline of Calvin and Hobbes revolves around a six-year-old, his imaginary tiger friend, and their daily adventures. The comic strip is applauded for the vivid portrayal of a child's imagination. It has been published in more than 300 newspapers and entertains newspaper readers in various languages. Explore all the adventures of Calvin and Hobbes that ever appeared in the syndication with this set of four paperbacks.

The Complete Calvin and Hobbes (Set of 4 Books)

Tintin is an insanely popular comic series about an intrepid young reporter, who travels across the world with his faithful fox in the service of truth and justice. Enjoy all the 23 titles of Tintin with this set that includes Tintin in the Land of the Soviets, The Crab with the Golden Claws, Explorers on the Moon and The Calculus Affair.

Suppandi is the recurring character of a village simpleton in the Tinkle comics. A surprisingly low level of his intelligence makes of hilarious narratives. The character, however, has epiphanies of wisdom too, occasionally. Enjoy the funny stories of Supandi with this collection of eight titles including Adventures of Suppandi, From Hired to Fired, Employee of the Year Suppandi, and Tickling the Funny Bone.

Amarchitra Katha is one of the most popular comic publications about Indian cultural stories, religious figures, mythology, and biographies. This set is a complete collection of all the 73 mythology titles. The stories have been picked up from epics such as Mahabharata, Bhagvat Gita, Ramayana, Puranas, and the Upanishads. Discover interesting tales from the Indian mythologies including those of powerful women like Draupadi, devas like Surya and Indra, sages like Narada and Vishwamitra, and anti-heroes such as Ravana. Enjoy two bonus issues on Valmiki's Ramayana and Dasha Avatar.

The Mythology Collectio ( Set of 73 Titles )