Increase Your Concentration With These Useful Tips

Having a hard time focusing on the work in your hands? Try some of these expert-recommended tips to improve your concentration levels. 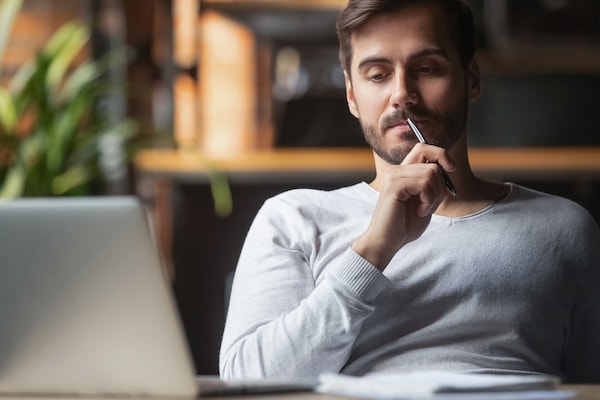 Concentrating is the simple art of focusing on something completely, without letting your mind wander or getting distracted. Putting in all your mental efforts onto something and not letting any internal or external stimuli affect you, makes for another definition.

As easy as this task may sound, it comes across as a giant boulder to many. From day-dreaming, while working on an important project, to the inability to grasp all the nitty-gritty of any film's plot, struggling to concentrate takes many forms. Some of the most common reasons behind concentration failures are anxiety, depression, ageing, head or brain injuries, sleep disorders, excessive drinking, medication side effects, etc.

Furthermore, with smartphones and information overload becoming the norm of modern life, attention spans and subsequently the ability to concentrate have been shrinking faster than ever.

Back in 1998, Linda Shore, the popular cultural anthropologist from the US coined the term “Continuous Partial Attention” (CPA) for the same. The concept of CPA says that modern minds remain in a constant state of alertness and hypervigilance, and seldom give full attention to anything around them.

Although there is no magic spell or application to build your concentration powers overnight, the good news is that it can be easily worked upon eventually. Many experts consider focus as a mental muscle- the more you work on it, the stronger it gets. Various studies and researches have time and again suggested many exercises and measures to master the art of concentrating.

Today, we bring to you a handful of these useful tips that'll help you sharpen your focus and concentrate on your project, with all your heart.

What if the secret to focusing lied in having fun? Well, many studies suggest that certain games have intrinsic “brain training” abilities and help in improving concentration levels significantly. They help in improving the “executive functions, working memory, and processing speeds” in young minds. Some of these games include Sudoku, crossword, chess, jigsaw puzzles, scrabble, and memory games.

The fact that video games demand concentration is no news. However, as confirmed in a study published in the journal Frontiers in Human Neuroscience, an hour of playing video games improves visual selective attention (VSA). VSA refers to the ability to concentrate on a specific task while ignoring distractions.

A poor sleep cycle meddles with several cognitive functions including memory, attention, and concentration. Sleep deprivation also slows down the reflexes and affects the ability to perform even routine tasks. Make sure to get the recommended sleep of seven to eight hours per night, for improved concentration levels. Some of the tips for a better sleep cycle include- cutting on digital screens at least an hour before sleeping, getting up and sleeping at the same time each day, sleeping at cool temperatures and putting on calming music when retiring to bed.

Exercising regularly is recommended by experts not only for toned bodies and elevated immunity levels but also to increases concentration power. It boosts the release of dopamine, norepinephrine, and serotonin- all of which are known to improve focus and attention. Some studies also suggest that exercising can stop or sometimes reverse age-induced memory loss. Even if you can't fit a proper workout routine in your schedule, try switching small distance drives with walks or jogs and elevators with staircases to ensure minimal physical movement.

Spending time in nature is therapeutic, indeed. A simple task of viewing green spaces or even a short walk in the park is highly effective against brain fatigue, as backed by science. It restores the drifting attention and also sharpens thinking. Some studies also suggest that adding plants in the workspace helps in boosting focus, concentration, creativity and productivity. If you aren't someone with a green thumb, you can go for low maintenance succulents, such as a jade plant.

Put On Some Music

Music not only serves as food for the soul but is also a great stimulant for focus and concentration. Turning on a soulful piece of music while studying or working, has been known to increase concentration. Each musical piece is believed to induce a different effect. Classical music, especially Baroque, is a popular choice Many also prefer to play nature sounds or white noise, for the same. You can easily find hundreds of such tracks on YouTube and other music streaming applications. Experts suggest that one should avoid choosing a piece of music that you love or hate; both of them can end up distracting you.

As the name suggests, a concentration workout refers to exercises that help in strengthening attention and concentration power. Some of the most popular choices include:-

Increase Your Concentration With These Useful Tips