Whether you are about to hit the road or jamming in your pyjamas, these travel songs will set you all grooving! 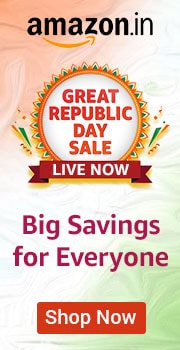 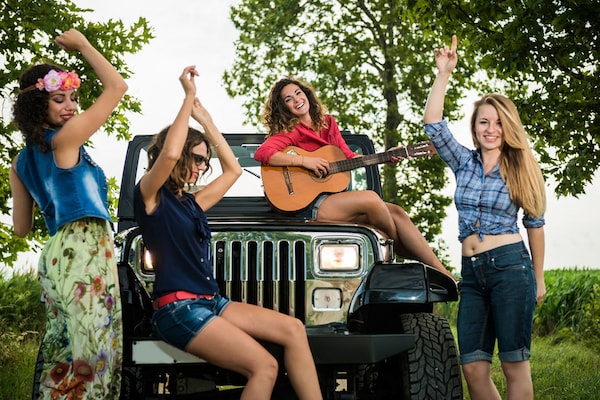 Travel songs put the souls right in the spirits of exploration, even while snuggling in pyjamas at home!

Travelling is therapeutic, and so are the travel songs! Ask any traveller how music played a role in their journey, and get ready to watch their eyes shine, and face beam with a beautiful smile.

This cathartic love affair of travellers and travel songs isn't restricted to just killing off boredom. Science says that music helps in registering memories and replaying original scenarios, whenever played again. To put in simpler words, the melodies or even sounds that you listened to while on your journey, will take you back in that time whenever you play them again.

Not only this, but travel songs have also been known to help with motion sickness and nausea. Experts claim that the melodies distract our minds and this keeps the discomfort at a bay.

And of course, while you can't always hit the road or hop onto a cruise to satiate the wanderer snuggling in your heart, you can always drift to the dreamy world of travel through music.

Here are some of the travels songs in Hindi that always put us right into the spirits of exploration and wandering around. Have a safe journey!

Arijit Singh's Illahi holds a special place among the listeners as the travel anthem of those who have wandering and exploration at the core of their hearts. Filmed on Ranbir Kapoor, one of the most celebrated coming-of-age actors, the song was an instant hit and continues to top the travel playlists' charts.

Sooraj Ki Baahon Mein from the movie Zindagi Na Milegi Dobara is yet another popular travel song. It highlights the value of enjoying life and fulfilling the dreams. For some, dreams means travel and this Hindi song is meant for travellers like them! Sync in the positive vibe as the song goes ‘Sooraj ki baahon mein ab hai ye zindagi'.

“Main Safar Main Hoon, Khoya Nahi” is the line that inspires travelers to travel more. At times when you don't have any destination, this electrifying song will uplift you. Dive in to explore the lyrics which resemble you.

Urdu for travelogue, Safarnama is the retrospective insight of a bored and disillusioned young man, who suddenly discovers the meaning of his existence. His imagination, passion, love, questions, answers all took the shape of a travelogue once he looked inside himself.

A prodigal son returns to his motherland and meets an ascetic on his drive back to his native village. The mystic asks him to just keep on walking, and calls him a raahi (traveller). If this song does not compel you to put on your traveller's boots, we wonder what will! This one is probably one of the best travelling songs of Bollywood.

The romantic comedy Jab We Met not only entertained us with the storyline but with awesome tracks in its album. One amongst them is Aao Milo Chale, indicating destination, journey, and companionship.

The tonal quality of the song appears to be laid back but it urges us to take hurried steps if walking slow isn't easy, to stick to the otherwise fickle excuse in the corner of your eyes if you know it is what you want. Part Hindi, part Bengali, it also sings about painting the sights with lush green for people who have left their homes.

A distraught rockstar sings about the flight of his soul, the sand-like dreams which keep on reappearing despite repeated wipe outs, the wind that guides him to his love, the milestones that he went past during his sojourn. A soulful composition which conceals more than it reveals!

Live life to the fullest, cherish every memory, and try everything you ever wanted to is all that holds true for the movie and this song. This song indicates the journey of dreams, passion, love, and joy.

Fugly movie drops in one of the best travel songs for road trips into our playlist. The song has an excellent composition and the legendary rapper Yo Yo Honey Singh soars the excitement during your journey.

Kyon, by Papon from Barfi, awaits the credit of one of the top travel songs of Bollywood. As soon as you tune into the song, it seems its time to unleash the madness. Everyone just stops the worries and anxieties for some time and just live in the moment.

The line 'Le jayen mujhe jahan hawayein' goes perfectly with the wanderlust of the travelers. When we are on a road trip,we actually feel like flowing in the wind and this song perfectly suits the vibe.

One of the travel songs that easily stand out from the crowd is the soft, whimsical, almost acoustic guitar-based song Kho Gaye Hum Kahan. The minimalist number has been composed and performed by indie singer-songwriters Jasleen Royal and Prateek Kuhad.

Amongst one of the most melodious voices of industry, Atif Aslam lends his soul to this song. The song talks about the journey of a lone traveler or friends going to an unknown destination. This popular travel song takes you instantly to your high school memories of travelling the world on your own.

Zindagi Ek Safar Hai Suhana is a song from Hindi picture Andaz. It was composed by Shankar Jaikishan, written by Hasrat Jaipuri, and sung by the legendary Kishore Kumar.