We bring to your old-school soul, DVDs and CDs from some evergreen Indian musicians and singers. Gear your belts for a melodious journey down the timeline. 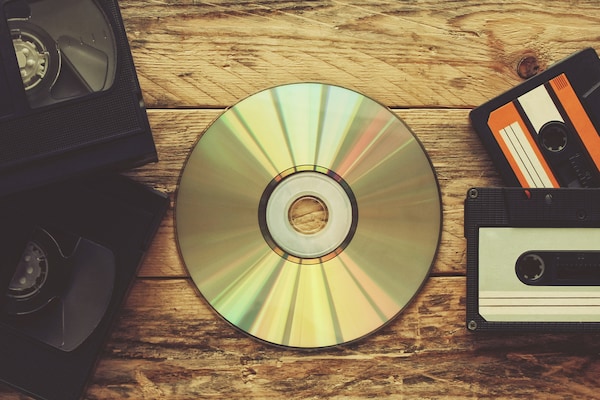 DVDs, now an antique item of decoration, were once the only ticket to one's favourite films and music.  Almost every home would have a shelf or drawer full of these discs wrapped in designer covers, with details and an attractive poster etched on it. Many would have a large collection of music DVDs or CDs from their cherished musicians and singers. Some of the evergreen singers that continue to be loved even by the younger generation, include Mohammad Rafi, Kishore Kumar, RD Burman, Jagjit Singh, Lata Mangeshkar, Asha Bhosle, Geeta Dutta, Manna Dey, Mukesh and Usha Uthup.

Catch hold of the following DVDs and enjoy the melodies from India's legendary singers.

Kishore Kumar blessed the Indian film industry with more than 2,600 songs in Hindi as well as regional languages such as Bengali, Marathi, Assamese, Gujarati, Kannada and Odia. The multifaceted singer, director and producer, is believed to be solely responsible for introducing yodeling in Indian songs. He didn't stick to a particular genre and lent his voice for funny, serious, peppy, sad, as well as romantic soundtracks. Get ready to smile, laugh, cry and feel romantic with this MP3 DVD by Shemaroo. Enjoy super hits such as Pal Pal Dil Ke Paas, Aadmi Jo Kehta Hai, Zindagi Ke Safar and  Ek Ajnabee Haseena Se.

Dutt has one of the most diverse singers from the initial days of Indian film industry. Starting from devotional songs, Dutt soon climbed up the ladder of sad, romantic and ultimately peppy numbers. Such was the charisma of her voice, that all the clubs wouldn't play anything else, but her songs. She sang as many as 1200 songs and a few in regional languages including Marathi, Bengali, Bhojpuri, Maithili and Gujarati. She even sung for a Nepalese film won. Enjoy this DVD with 38 Hindi super hits of Dutt including Nainon Se Nain Milake, Yeh Rut Ye Raat Jawan, and Yeh Kaun Aaya.

If there were to be twos words to describe Padma Sri Awardee Mohammad Rafi, they would be mellifluously versatile. There wasn't any genre that Rafi hadn't aced. Romance, devotion, sorrow, peppiness, pain; he had it all. He sung for many superstars of his time and became the voice of Shammi Kapoor. In a career spanning over 36 years, Rafi sang 28,000 songs, making a record of sorts. Some of his super hits listened to till date include Kya Hua Tera Wada, Yeh Duniya Yeh Mehfil, Badan Pe Sitare, Chura Liya Hai Tumne Jo and Abhi Na Jao Chhod Kar. Enjoy some of his romantic track in this MP3 CD by Saregama.

This CD from Shemaroo is a musical store of 30 songs sung by Lata Mangeshkar, rightly called the nightingale in Indian film industry. Perhaps the most successful female singers in India, Mangeshkar is known for her soothing voice and even made it to the Guinness Books of World Record for recording more than 25,000 songs in less than three decades. She is believed to have outshone all other female playback singers in her time. She has been honoured with Padma Bhushan, Padma Vibhushan Padma Sri for her contributions to the Indian music industry. Catch hold of some of her super hit songs Baho Me Chale Ao, Sheesha Ho Ya Dil Ho, Maar Diya Jaaye Ki, and Bindiya Chamkegi.

This platinum collection has four audio CD's with super hits by the yesteryear's singing sensation - R.D Burman. All the four audio CD's have 14-16 sound tracks each by Burman, all of which were rejoiced over by the audience back then. Fondly called by the name Pancham Da, he has lent his voice for over 331 Hindi films, and carved a niche for himself in the Durga Puja music industry. It was Burman who introduced mouth organs and electrical music in India. Enjoy some of his hits including Ae Mere Hamsafar, Pyar Hua Chupke Se, Dulhan Maike Chali, Chura Ke Dil and Yeh Khel Hai Taqdeer Ke, in this collection.