Katrina Kaif the Superstar of Bollywood is set for a long list of releases and we want to know all about them. Read ahead on the next 7 Bollywood releases Katrina has in the pipeline - Tiger Zinda hai, Thugs of Hindostan, Raajneeti 2 and Others
Updated: Nov 24, 2017 16:20 IST 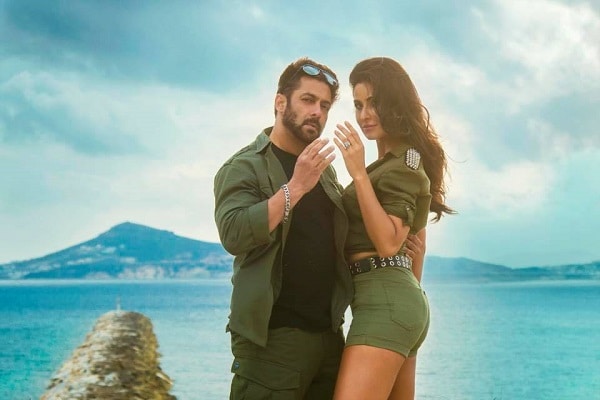 Katrina Kaif Upcoming Movies List - Tiger Zinda hai, Raajneeti 2, Thugs of Hindostan and Others
With Katrin Kaif's next blockbuster release awaited in December - Tiger Zinda Hai, we can't wait more to watch more of this stunner on screen. Katrina Kaif is known for her fitness regime the hard work she puts in each of her films and then looking at her work through the Trailer of Tiger Zinda Hai we can't wait anymore. While we have a list of her next releases you must watchout for let's also know a little more about this Diva.

Earlier known as Katrina Turquotte, Kaif's journey from Katrina Turquotte to Katrina Kaif has been really interesting yet controversial. Katrina got the surname Turquotte from her mother who was of British decent, since childhood Katrina had been brought up under the guidance of her mother. Katrina says that she took the title of her father when she entered into bollywood as Turquotte was a little difficult to pronounce. However her first director in bollywood accuses Katrina of making false stories and claims that it was she (Ayesha Shroff) who had thought of giving this English beauty some Indian touch, she adds that earlier they thought of giving her Kaizi as a title but latter on they decided Kaif was a much better one.

Katrina before laying her steps into the bollywood did not have a hassle free childhood. She was one of the 8 siblings from a British Couple. Her mother is an English Lawyer and father is a British Businessman of Kashmiri decent. Her parents parted ways when Katrina was quite young, since then she has been born and brought up by her mother.Born in Hong Kong Katrina has lived in 18 countries including China, London, France, Japan, Switzerland and many more. Brought up by a single mother she has always felt the pain of not having her father as a pillar of support.

Let's look deeper into her Bollywood career and struggles in life.The British superstar model Katrina Kaif made her debut in Bollywood in the year 2003 with Kaizad Gustad's Boom.Since then her career in Bollywood has been full of ups and downs. Kaizad spotted Katrina in a fashion event and signed her for his movie featuring superstar Amitabh Bacchan and Raveena Tondon. Unfortunately, the film failed to make a mark at the box office.Katrina then played the role of a titular princess in the Telgu film Malliswari in 2004. Her first mega hit came in the form of Maine Pyar Kyun Kiya (2005), where she was featured opposite Salman Khan. In 2006 she was paired with Akshay Kumar in the musical movie Humko Deewana Kar Gaye, which unfortunately was a critical and financial failure.

The year 2007 marked the turning point for her career when all of her four movies namely Namaste London, Apne, Welcome and Partner had great business over the box office. The comedies Welcome and Partner were amongst the highest grossing production of the year.

In the year 2008, Kaif appeared in following films including the action comedy Singh Is Kinng and the drama Yuvvraaj, which flopped drastically on the box office.In 2009, Kaif received her first nomination for the Filmfare Award for Best Actress for her performance in Kabir Khan's terrorism drama New York. Later that year, she starred opposite Ranbir Kapoor in the comedy Ajab Prem Ki Ghazab Kahani. In 2010, Kaif portrayed the role of a politician in Prakash Jha's political thriller Raajneeti which became a blockbuster hit, however Tees Maar Khan which was released in the same year failed to gather audience.

In 2011 Kaif appeared in Zoya Akhtar's comedy drama Zindagi Na Milegi Dobara, and the romantic comedy Mere Brother Ki Dulhan, where she played the role of a runaway bride. She even received her second nomination to the Filmfare for the latter. The spy film Ek Tha Tiger (2012), where she played the role of an ISI agent became the highest grossing Bollywood film of the year. In the same year, she starred against superstar Shahrukh Khan in the Yash Copra's romantic movie Jab Tak Hai Jaan. Her dream to work with Mr. Perfectionist Aamir Khan came true when she got the opportunity in Dhoom 3 (2013) where she played the role of a circus performer which again became a megahit and the highest grossing Bollywood movie of all times.In the consecutive year 2014 and 2015, she was starred opposite to Hrithik Roshan and Saif Ali Khan in the movies Bang Bang and Phantom respectively.

Katrina was once the highest paid Bollywood actress, apart from the blockbusters Katrina is also known for her relationship association with her co-stars be it Salman Khan or Ranbir Kapoor. She has always been in the limelight for her relationships with the co-stars. She has a huge fan following and her fans wait eagerly for her next release Tiger Zinda Hai.

Tiger Zinda Hai is the sequel of Kabir Khan directed Blockbuster Ek Tha Tiger (2012) but Sultan director Ali Abbas Zafar is directing this sequel. This is a sequel to the movie "Ek Tha Tiger" which was a story about 2 super spies. This one of Katrina's upcoming movie will release on the occasion of Christmas 2017 on 22nd December. The fans are eagerly waiting to watch - Katrina and Salman back again in this sequel to the blockbuster. Watch the latest song from the movie Tiger Zinda Hai below:

Read here : Tiger Zinda Hai Trailer, Release Date & Movie Ticket Offers
Vijay Krishna Acharya directed Thugs of Hindostan stars Aamir Khan, Amitabh Bachchan, katrina Kaif, and Fatima Sana Shaikh in pivotal roles.This one from her upcoming movie list is based on robbery.
Another one from the list of her upcoming movies list is where Katrina Kaif is going to play an important character in Shahrukh Khan and Anushka Sharma starer film which is directed by Anand L Rai.
Karan Johar and Salman Khan are going to produce a film for superstar Akshay Kumar and rumors are that Katrina Kaif will lead female opposite with Khiladi Kumar.
Raajneeti 2 is an upcoming movie on political drama directed by Prakash Jha. It is the sequel of 2010 film Raajneeti featuring Katrina Kaif and Ranbir Kapoor in the main leads.
Lyricist and dialogue writer turns director Aditya Dhar is directing this romantic film for Fawad Khan and Katrina Kaif. Raat Baki is another one to look out for from her upcoming movies list. Katrina Kaif has been in the spotlight of the industry ever since she received the famous Smita Patil Award for her contribution to Indian Cinema.

The actress, in her latest interview, shared how she has always taken the path less travelled, whether it is with her films or her much-awaited social media presence. There are quite few Bollywood celebs who don't plan their careers in a manner that Katrina does. Speaking about the same, she revealed that from the beginning, she has always gone for what she felt was the right project or film for her without paying heed to who was in it; she went ahead with her own feelings and instincts. Wishing her More Success for Tiger Zinda Hai!
For the latest deals, offers and news, follow HotDeals360 on Facebook, Twitter, Instagram, Google News and subscribe to our YouTube channel.
The HotDeals360 team writes about stuff we think you'll like. HotDeals360 has affiliate partnerships, so we get a share of the revenue from your purchase.
Topic
Katrina Kaif katrina kaif films upcoming movies
More From Movies
Advertisement
Follow Us
Fear of Missing Out Best Deals?
Subscribe to our newsletter. Now!
Recommended
Trending
Latest
Quick Links
Trending
Latest