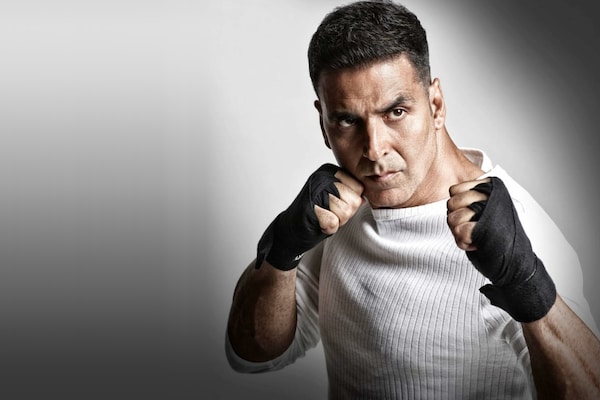 Akshay Kumar have aced his craft and groped the position of earning the most in the Bollywood. Not a Khan, Not a Kapoor, he has managed to embark his name in the Bollywood industry despite not having a God-father. Well-known as the "Khiladi", he has mastered is craft in almost every genre, be it comedy, thriller, action, romance or any real-life hero biopic, he has them embraced all with utmost perfection. Today, we bring you the list of all Akshay Kumar upcoming movies which are are lined-up for the coming months. Take a look so that you can mark the date on your calendars so that you regret to miss out any of the Akshay Kumar upcoming movies even by mistake.

Akshay Kumar Movies That Are Going To Release:

Here we bring you the entire list of Akshay Kumar upcoming movies that are lined up in the coming years. Let's get started! Watch On Netflix
Sooryavanshi
Sooryavanshi a.k.a Surya is a fearless, faithful Mumbai cop who attempts to extinguish all the sleeper cells, and also finds various explosives while trying to bring his personal life back on track.
Watch Trailer & Songs Watch On Disney Hotstar
Atrangi Re
When a Tamil boy and a Bihari girl are forced into wedlock, they decide to nullify the wedding and go their separate ways, until one of them actually falls in love with the other.
Watch Trailer & Songs Watch On Zee5
Raksha Bandhan
A family drama about the relationship and love that siblings share.
Watch Trailer Watch On Amazon Prime
Ram Setu
An archaeologist is on a quest to find out if the popular Ram Setu mentioned in Ramayana is a myth or reality.
Watch Trailer Watch On Amazon Prime
Samrat Prithviraj
A periodic drama based on the life of Prithviraj Chauhan.
Watch Trailer & Songs

Akshay Kumar is not just an Bollywood actor, he is also know for his caliber as a martial artist, producer, stuntman, television personality and philanthropist. Akshay Kumar is one of the most prolific actors who have started in Bollywood from the movie Saughand(1991) alongside Raakhee and Shantipriya. He got his breakthrough popularity from the Khiladi movie. He has learned Martial arts and is a black belt in Taekwondo. Kumar landed into the Bollywood industry via modeling. Most popular movies of Akshay Kumar are Khiladi, Mohra, Mein Khiladi Tu Anari, Namaste London, Baby, Airlift, Garam Masala, Hera Pheri, Padman, Holiday, Special 26, Rustom and Kesari are some of his must watch movies. Take a below to get a better insight of his life.