Must Have Books For Your Home Library

If you wish to have an eclectic range of books in your home library, have a look at this list. From autobiographies of political leaders and entrepreneurs to books that will lead you on a journey of self introspection, it's a rich mix of some of the best books on offer. 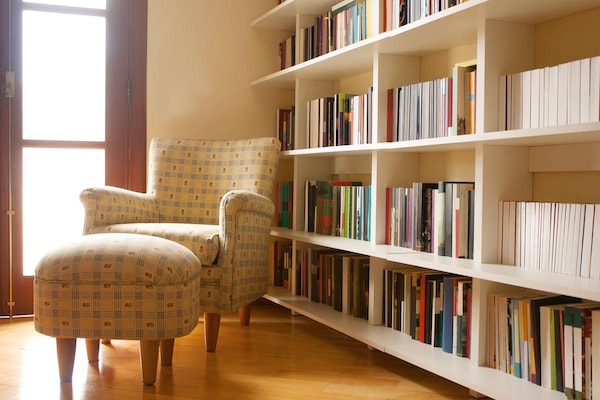 Must Have Books For Your Home Library

Most readers have their personal preferences of authors, genres and books; however, there are few books that are a must-read for everyone. These are the books that may alter your life by becoming a source of inspiration. If you are an avid reader, then we would suggest you consider buying these books. Here is a list of some of the best books that you must certainly have in your home library.

Must Have Books in Your Home Library

The Alchemist is amasterpiece! Authored by Paulo Coelho, the story is about Santiago, an Andalusian shepherd boy who following a recurring dream to be prophetic, goes upto a Gypsy fortune teller to seek its meaning. The woman interprets the dream as a prophecy telling the boy that he will discover a treasure at the Egyptian pyramids. He then travels in search of a worldly treasure. His quest leads him to a far better situation than he would have ever imagined.

2. The Power of Your Subconscious Mind

The book is about healing, and this is what makes it powerful. The author of the book had done extensive research on ways to heal the mind while he was serving as a church preacher. A thorough reading and implication of this book, can help readers overcome stress in real-life. Thus, not only the book makes for a great pass-time read, but can help tackle problematic and serious life situations by helping the reader develop a calm and composed mind.

The Power of your Subconscious Mind

Wings of Fire is the autobiography of former Indian President Dr. A.P.J. Abdul Kalam. The story, in Dr. Kalam's own words, helps evoke the reader to identify their own inner potentials and strengths. It talks about his early life and his work in Indian space research and missile programs. The autobiography shows how a boy from a humble background went on to become a key player in Indian space research and Indian missile programmes, and later the President of India.

Steve Jobs happens to be among some of the most influential people on the planet, with his work in the field of technology having a global impact. Written by Walter Isaacson, Steve Jobs: The Exclusive Biography, is based on the author's 40 interviews conducted over two years with Jobs as well as interviews with the tech-innovator's close acquaintances. Isaacson tells the impressive story of Job's work life, and how through his creative entrepreneurial mindset and a passion for perfection, he led the revolution of six industries: personal computers, animated movies, music, phones, tablet computing, and digital publishing.

5. The Long Walk To Freedom: The Autobiography of Nelson Mandela

Having played an instinctive role in fighting apartheid in the South Africa, along with fighting for various other rights for blacks, Nelson Mandela is one of the most acclaimed freedom fighters of the country. In his autobiography The Long Walk to Freedom the former President reveals much of himself, talking about his lifetime of devotion to public works. His service to his country and to the people had cost him two marriages. Mandela wrote a big chunk of the book during his 27 years long imprisonment on Robben Island by South Africa's apartheid regime.

For the latest deals, offers and news, follow HotDeals360 on Facebook, Twitter, Instagram, Google News and subscribe to our YouTube channel.
The HotDeals360 team writes about stuff we think you'll like. HotDeals360 has affiliate partnerships, so we get a share of the revenue from your purchase.
Topic
Bestseller Books Books You Must Have Best Books of All Times
More From Entertainment
Advertisement
Fear of Missing Out Best Deals?
Subscribe to our newsletter. Now!
Recommended
Trending
Latest
Quick Links
Trending
Latest