Best Books To Read: Find Some Most Gripping Reads

Having a collection of some of the best books of all times can get you or the kids exploring new horizons. Shop for these books, and buy yourself some world wisdom. 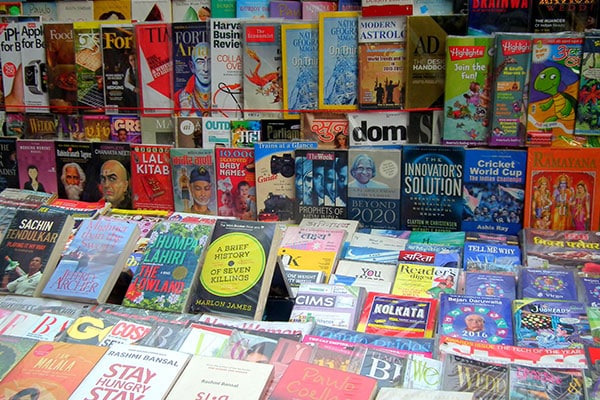 Best Books of All Time You Can Shop Online

Reading can be rather influencing, but have you ever wondered what is the factor that makes a book inspiring? And what is it that makes a novel riveting, or a memoir so compelling? Read these books to find out.

This box set contains all seven novels from the Harry Potter series. For the diversity and the edgy stories they offer, the Harry Potter books have a global fandom. They portray a magical world full of love, laughter, wit, wisdom, as well as drama, action, and fights. There are numerous elements and emotions that the pages of these books hold, and that make the series an evergreen one, and suitable for all age groups. Buy this book set, and entrap yourself in the fictional world of magic, the doors to which are at the Platform 9 3/4 at the King's Cross Station.

2. Pride and Prejudice by Jane Austen

First published in the year 1813, Austen had written this book at a time when women were expected to stay at home. Pride and Prejudice has a humourous tone, and paints a clear picture of how women who lacked their own fortune many times had to marry for the sake of economic security and social status. The book very clearly has a lot to say about people's pride, vanity, and prejudices in real life, and is thus considered to be one of the best books of all time.

3. To Kill a Mocking Bird by Harper Lee

To Kill a Mocking Bird revolves around Atticus Finch who suddenly appears as an unconventional hero due to his morality rather than his physical capabilities. The book focuses on that gut instinct of right and wrong, and how it could help in decision making. The book is Pulitzer winner. Its plot and characters are loosely based on Lee's observations of her family, her neighbors and an event that occurred near her hometown in Alabama, when she was ten.

The Lord of the Rings is a celebrated classic. It is a high-fantasy novel written by English author and scholar J. R. R. Tolkien. The story began as a sequel to Tolkien's fantasy novel The Hobbit, but eventually developed into a much larger work. The title of the novel refers to the story's main antagonist, the Dark Lord Sauron, who had in an earlier age created the One Ring to rule the other Rings of Power as the ultimate weapon in his campaign to conquer and rule all of Middle-earth. The story presents an otherworldly order, and its gripping storytelling has touched the hearts of young and old alike, across the world.

The Lord Of The Rings

5. Gone with the Wind by Margaret Mitchell

Gone with the Wind is a novel by American writer Margaret Mitchell. Set in Clayton County and Atlanta, both in Georgia, it is considered to be one of the best books of all time. It depicts the struggle of young Scarlett O'Hara, who is a spoiled daughter of a well to do plantation owner. In the backdrop of the American Civil War, this historical novel features a coming-of-age story. Interestingly, its title has been taken from a poem of the same name that was written by Ernest Dowson.

Gone with the Wind

For the latest deals, offers and news, follow HotDeals360 on Facebook, Twitter, Instagram, Google News and subscribe to our YouTube channel.
The HotDeals360 team writes about stuff we think you'll like. HotDeals360 has affiliate partnerships, so we get a share of the revenue from your purchase.
Topic
Best Books Best Books of All Time Shop Best Books of All Time
More From Books
Advertisement
Follow Us
Fear of Missing Out Best Deals?
Subscribe to our newsletter. Now!
Recommended
Trending
Latest
Quick Links
Trending
Latest