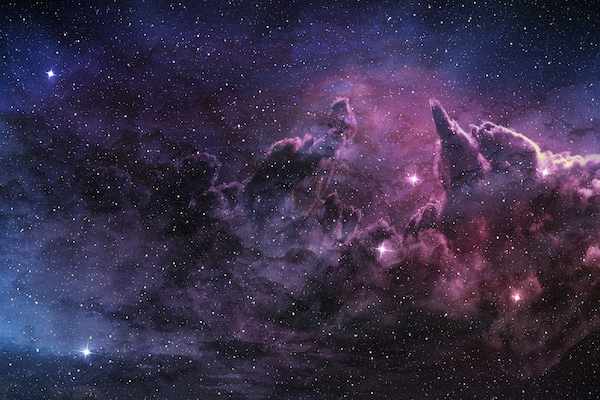 Science Fiction Books Based On Outer Space: The vast void of nothingness, often poised as outer space, has been at the receiving end of human fascination since the beginning of civilisation. From romantic metaphors and poetic comparisons to extensive pieces of fiction, outer space has managed to leave a strong impression on the human race. These fictional narratives often revolve around ground scientific principles, a genre commonly called science fiction. From simple fables to the ones with well-established laws, language codes and plot twists, the rich literature pool offers it all. Find some of the best science fiction books based on outer space, in the listicle below.

1. The Martian by Andy Weir

This book presents the interesting story of Mark Watney, an astronaut stranded alone on Mars. The storyline gradually grows from his arrival to the red planet and subsequent encounter with a deadly storm, post which his confused peers assume his death and leave for Earth. Watney is left with no means to establish any connection or communication with the home planet and is trapped in an artificial habitat, which is destined to survive for a maximum of 31 days. The story revolves around his struggle for survival, will to live, dogged refusal to quit and all the challenges that he faces along. Damaged machinery, unforgiving environment, depleting resources plain-old human error and biting void are the key backdrops for this gripping tale.

The Martian: Stranded on Mars, one astronaut fights to survive

This gripping narrative runs along the story of Binti, a native teenager from the Himba tribe, who gets admission in Oomza University, one of the finest in the galaxy. However, her path to knowledge traverses over her leaving behind her family and travelling through the stars to a distant land. Layers of drama are toppled over with the long standing warring between the university and a troublesome alien race, namely medusa, the brunt of which is bore by Binti. The story grows to focus on this strained enmity and how Binti tries to brave this horrendous scenario. The plot beautifully captivates the readers who are left wondering if an ordinary tribal girl can change the course of the entire galaxy.

3. The Three-Body Problem by Cixin Liu

Set against the backdrop of China's Cultural Revolution, a secret military project sends signals into space to establish contact with aliens. An alien civilisation on the brink of destruction captures the signal and plans to invade Earth. Meanwhile, on Earth, different camps start forming, planning to either welcome the superior beings and help them take over a world seen as corrupt, or to fight against the invasion.

Pulitzer Prize-winning author and astronomer Carl Sagan imagines the greatest adventure of all— the discovery of an advanced civilization in the depths of space. In December of 1999, a multinational team journeys out to the stars, to the most awesome encounter in human history. Who — or what — is out there? In Cosmos, Carl Sagan explained the universe. In Contact, he predicts its future — and our own.

Star Wars is one of the most beloved sci-fi sagas ever written or even filmed, for that matter. The trilogy begins with Luke Skywalker, an innocent boy working on his uncle's farm on the remote planet of Tatooine, who dreamed of adventures among the stars and alien worlds. But when he intercepts a message from a beautiful captive princess, he gets more than he has bargained for—and that is how the adventure of his life begins The storyline brings forth the heroic tale of innocence lost and wisdom gained, of downfall and redemption, of the never-ending fight between the forces of good and evil.

6. The Ultimate Hitchhiker's Guide to the Galaxy by Douglas Adams – Trilogy In Five Parts

Seconds before Earth is demolished to make way for a galactic freeway, Arthur Dent is plucked off the planet by his friend Ford Prefect. Dent gets pulled into the universe headlong, following Prefect through the stars in an irreverent adventure with the president of the galaxy, his girlfriend, and a depressed robot. Layers of drama toppled over when it is disclosed that Prefect has been a researcher for the revised edition of The Hitchhiker's Guide to the Galaxy for the last 15 years and had only been posing as an out-of-work actor.

The Ultimate Hitchhiker's Guide to the Galaxy: The Complete Trilogy in Five Parts

This gripping read is set far in the future when mankind has settled planets throughout the universe, each one under the caretaking of a noble family. A classic feat of science fiction, Dune follows Paul Atreides, the mysterious man later known as Muad'Dib, as he sets out to avenge a plot against his family and the planet under their responsibility, Arrakis.

Asimov's Foundation novels chronicle the efforts of Hari Seldon, a psychohistorian with inside knowledge of the future of the human race. As the longstanding Galactic Empire falls, Seldon attempts to save at least a little part of mankind's knowledge and history. In a journey to the edge of the galaxy, Seldon leads a group of men and women who hope to carry man's legacy through the fast-approaching age of darkness.

What are some popular science fiction authors of all times?

Who are some renowned Indian authors in the field of science fiction?

What are some must read science fiction books?

Some of the must read science fiction books include Hitchiker's Guide to the Galaxy, The Lord of the Rings, Dune, Contact, The Foundation Trilogy, Neuromancer, Stranger In A Strange Land, etc.

Which are some movies based on science fiction books?

Which is the most prestigious award in the science fiction genre?

Hugos awards are the most prestigious awards in the science fiction genre.