Saina Nehwal has been awarded with many prestigious wards and honors. Padma bhushan, Arjuna award, Medals in Olympics and Commonwealth games and with many such accolades to her name she is a super star. 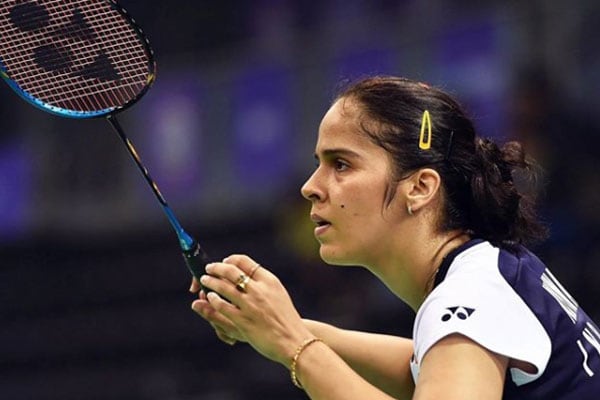 Saina Nehwal is one of the most inspiring woman in India. Her journey in becoming the most successful badminton player is quite an inspiring one. Saina Nehwal was born on 17th March, 1990 in Hyderabad. She has not only been the part various championships but also won many of them. In 2006, Nehwal won under-19 Asia Satellite Badminton tournament and became the national champion twice. She was named as the world's no. 1 badminton player on 2 April, 2015.Her success was on wheels when she became the first Indian woman and the youngest player to win 4- star tournament i.e. Philippines Open. When she was ranked 86 in the top badminton players, she stunned everyone by defeating the world no. 4 champion Xu Huaiwen and before that Julia Wong Pei Xian of Malaysia.

In 2008, she became the first Indian who defeated Sayaka Sato to win the World Junior Badminton Championships.Her proud journey took her to Olympics Games but lost to world no. 16 Maria Kristin Yulianti. But nevertheless, she continued to build her strength and in September 2008, she won the Yonex Chinese Taipei Open where she defeated Lydia Cheah Li Ya of Malaysia. She was also named as “The Most Promising Player” in 2008.In 2009, she won BWF Super Series and went on to became the first Indian to win the title, the most prominent badminton series of the world by winning the Indonesia Open. She also reached to the quarterfinals of World Championships but she lose to Wang Lin.

In 2010, Saina became the first Indian who reached the semifinals of the All-England Super Series. Not only this, she went to win the Grand Prix Gold by defeating Wong Mew Choo of Malaysia. Adding more to the list, she also won Singapore Open, Indonesia Open for the third time, BWF Super Series.  On 15 July, 2010, she was ranked as the world no. 2 player behind Wang Yihan of China.On the peak of her career, 2011 didn't seem to be pretty much good for Saina. She was crashed out of the Korea Open Super Series Premier on 27 January. She All England Super Series Premier to Eriko Hirose of Japan, but she met her again in Wilson Badminton Swiss Open and defeated Eriko on her birthday.

In 2015, she became the world no 1 player by defeating Spain's Carolina Marin in India Open Grand Prix Gold., moreover, she became the first woman shuttler to reach finals of All England Open Badminton Championships.Her talent and hardworking nature has always proved that she is one of the best badminton players in the whole world.

Awards And Achievements Of Saina Nehwal:

Apart from winning various championships, Saina Nehwal was honoured with prestigious awards in the field of sports. These are given as follows:

Saina Nehwal has been breaking records not just with her game but also with the number of endorsements she has been doing in the years. She has become a strong competitor to MS Dhoni and Virat Kohli in the endorsement game. Saina climbs the chart of endorsements and achievements both together. Keloggs, Iodex and other such popular brands she has been endorsing available to shop for online on Amazon.