India's cricket superstar Virat Kohli, the man who has been breaking records just for fun they say. Read all about the making of this Star and his awards, rewards and achievements. Here is a complete detail on Virat Kohli biography, his childhood, personal life and career.
Updated: Feb 19, 2020 15:33 IST 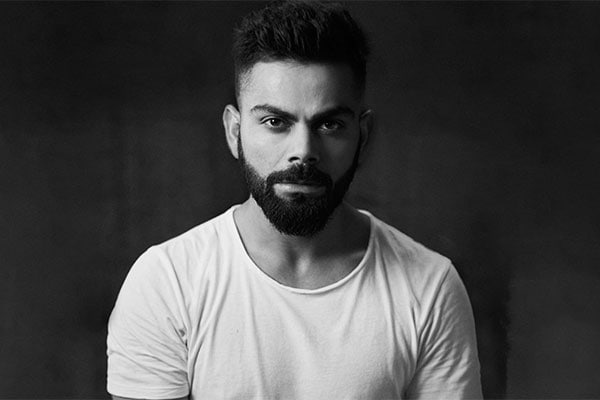 Virat Kohli, Awards, Achievements, Records and All About Him

Virat Kohli, not many people knew this name back in 2007-08,as he was a chubby guy, with gelled hair who was leading the under 19 Indian team to World Cup. Year 2007-08 could also be referred to as the Era of the fantastic 4 of Indian cricket(Sachin Tendulkar ,Virender Sehwag ,Sourav Ganguly and Rahul Dravid),who knew that this guy from the streets of Delhi was the star in making. Everybody in the nation was fired up because of the heartbreaking performance of Indian cricket team in the world cup as he led the Under 19 Indian cricket team to win the world cup, the same year. Virat Kohli achievements are countless and we will take a look at some of Virat Kohli achievements and Virat Kohli information here.

Let's take a look at Virat Kohli information on personal life, a Delhi guy who lived in Uttam Nagar. His father Prem Kohli was a criminal lawyer and mother Saroj Kohli was a housewife. Raj Kumar Sharma was his Cricketing coach in his early ages.He started his first class career ,by playing from the side of Delhi Ranji Cricket team. Intent of Virat Kohli towards cricket could be easily witnessed when he walked down the grounds next day of his father's death in 2006 and scored a 90 knock against Karnataka which was his best First Class score at that point of time. He shot to fame after leading the Under 19 Indian Cricket team to win the ICC Under-19 World Cup.

Virat Kohli achievements as a 19 year old were seen during his performance in Under 19 World Cup which attracted the sight of BCCI towards him, and was selected by the board for the senior side of India. He scored only 12 runs in his debut against Srilanka,lack of consistency and his chubby physic made the board to go out for some other youngsters because of which he was dropped from the senior side. After getting dropped from the senior side, when he made his comeback to the Ranji Circuit he certainly gave a glimpse of the Star that he is today ,and he scored some impressive scores consecutively, and gained the confidence of the national selectors and they were left with no option left but for the selectors to give Virat Kohli another go in the senior side. From then he never looked back and today nobody in the nation can imagine the Indian Cricket team without Virat Kohli. After 3 years of his debut he was also handed over the captaincy of the Test team by the BCCI another of the big Virat Kohli achievements, in the Caribbean Sand and Virat has been surpassing Dhoni's Awards and Records list ever since. 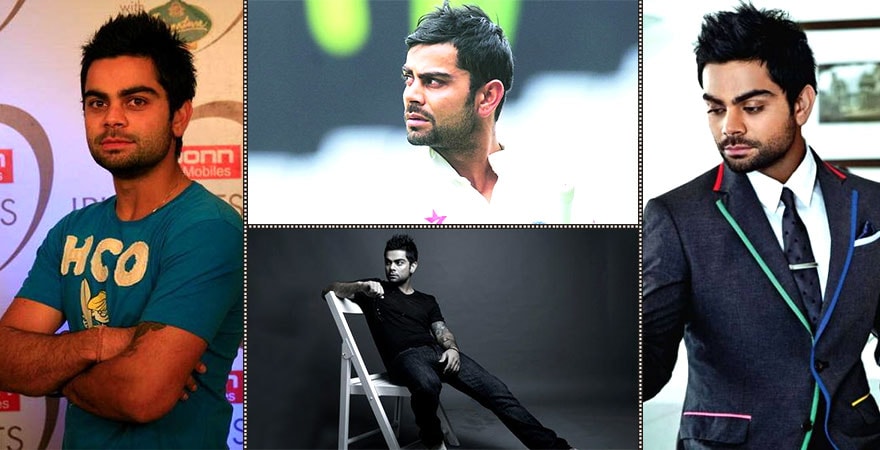 Let's take a look at Virat Kohli's biography in detail. Born on 30th November 1988, Virat Kohli is presently in his thirties. He started off his international career as an U-19 cricketer. Impressed by his performance in the domestic cricket he was given the charge of the U-19 Indian Cricket Team for the ICC U-19 World Cup in the year 2008. The team won the World Cup and Virat was aknowledged for his great captaincy and performace with the bat, as a result he secured his place in the Indian Cricket Team. When the world was seeing the dawn of Indian Cricket Team, with cricketers like Sachin Tendulkar, Saurav Ganguly, Rahul Dravid and others retiering, there was this young and brilliant cricketer in the making who would keep the flag of the Indian Cricket Team flying high. That was on Virat Kohli's biography on his personal side.

Virat Kohli having a net worth of $25 million which sums to around Rs. 174 crore has been listed under the top 100 highest paid atheletes. A major portion of his net worth comes from endorsement and appearances in public events. Virat Kohli endorses several popular brands like PUMA, MRF, Colgate, Palmolive, Audi, Tissot, Amaze batteries and inverters , Hero motoCorp , Volini , Too Yumm , Manyavar , Boost , American Tourister , Uber, Vicks , Philips India and others. He has great love for cars and properties and has an Audi R8 along with BMW X6, Range Rover and Lamborghini under his name. Not only this he also the proud owner of an appartment worth Rs 9 crore in Worli, Mumbai along with a super lavish bunglow worth Rs. 80 crore in New Delhi. 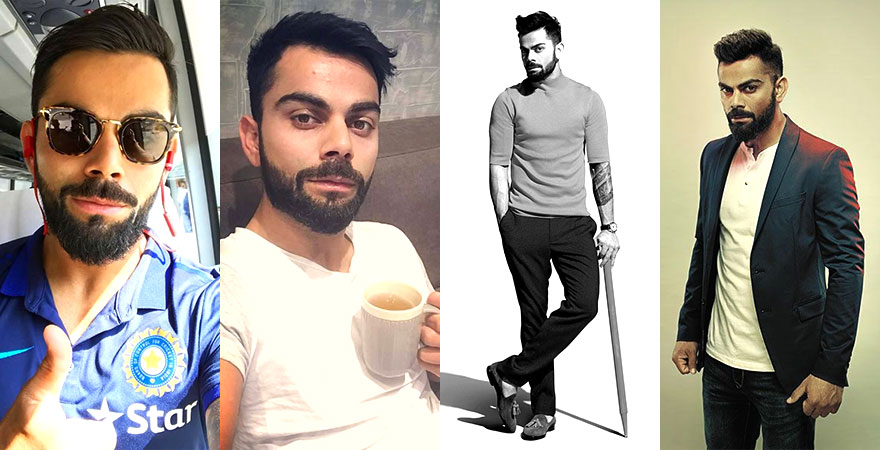 Virat Kohli is a well built, healthy and fit cricketer. He is considered to be among some of the fittest cricketers the cricketing faternity has seen so far. With an height of 5'9" and weighing around 72 kgs, Virat is known to remain ever enthusiastic and energetic on field. Virat is the style icon for the youth, his spiked hair had set a trend among the youth. He was once known to be the most eligible bachelor in the country before tieing the knots with Anushka Sharma, who herself is a celebrated Indian Bollywood diva and actress.

Virat Kohli has had a fantastic career so far, here is a glimpse of his career and records that he has had in all formats of the game.

Virat Kohli started off his career in cricket by playing for the Delhi U-15 Team, from where he was picked to play for the Delhi U-17 team his performances spoke more than him and finally he was selected to play for the U-19 team. He came to the spotlight when the world got to know about his detemination for the game, he was seen on the grounds right after his father's death and had played a brilliant knock of 90 runs in that match. He was later handed over the captaincy of the U-19 team and they won the ICC U-19 world cup help in Malaysia in the year 2008.

A sneek peek into Virat Kohli Biography on his IPL career side. Virat Kohli has an agressive temperament on field and thus is known to be one of the best T-20 players the world has had so far. In March 2008 when the Indian Cricket saw the rise of a completly new form of the game known as the Indian Premier League. Which was somewhat based upon the leage fomrats like the Football league. Royal Challengers Banglore bought Kohli for a great price and since them Kohli has been a constant in the team. However RCB has a team has not had a great journey in the IPL seasons, but Kohli has remained untouched and has continued to perform like a star.

A quick glance at Virat Kohli's profile Internationally. Virat Kohli has had a fatastic career in International career adding to Virat Kohli achievements list. He has lead the men in blue to many victories in different formats of the game. He individually also has been performing well and breaking/setting several records in all formats of the game/ Kohli over the years has converted to a versatile player where he can change his game plans as per the team's requirement. On one hand he can be seen batting aggresively and knocking down a ton in just few balls in a T-20 match and on the other hand he can also be seen standing in the crease for 2 long days and striking off a double centuary in a test match. Here are some of Virat Kohli international career records and achievements.

He stroked out some remarkable and unbelievable performances, consecutively in the International Circuit which made him one of the 7 richest players around the World in the Forbes richest player list. Virat Kohli is also being pictured as the Angry young man of the Indian Cricket team because of his aggressive attitude off and on the cricket field. In just a decade from the day of his debut he has smashed out many records which is next to impossible for any cricketer to do it in such a short span of his career.Vaious sports experts have referred to him better than Sachin Tendulkar, like Brian Laraa. Different names that are being given to him like “king kohli”, “Virat Era”etc..Virat Kohli is regarded as the most sensational cricketer that India has ever produced. Recently he was in news also for his Wedding with Anushka Sharma which was another sensational event of the year. They had a lavish wedding true to the style of both these self made achievers - Anushka and Virat. They make a beautiful pair and it's love all around for both them. 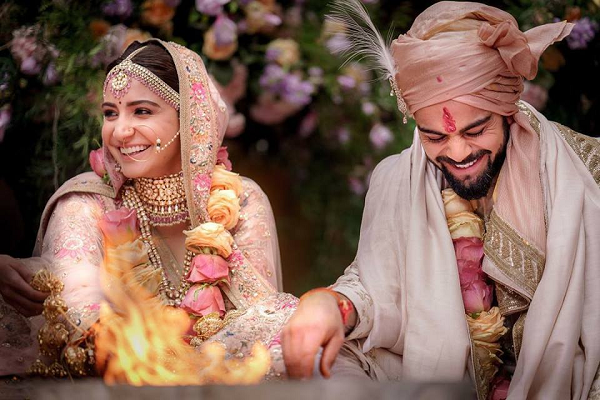 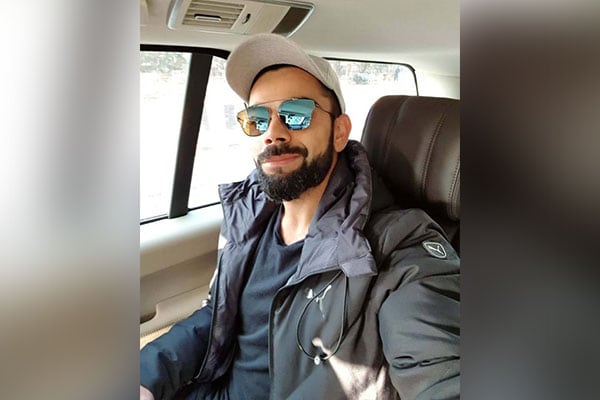 Virat Kohli has been the heartthrob of many Indian girls, he has set his own standards not only on the field but also off the field when it comes to style and fashion. Virat Kohli's profile is of a casual style. Virat is mostly seen in casual attire with a denim jeans and a cool t-shirt couple with his all time favourite spiked hair and aviators. However when attending a formal even Kohli looks equally dashing in formal attire. Recently he was seen dressed in formal clothing for Indian Sports Honours 2019.

Here is all that you have been wanting to know about the captain of the Indian cricket team who has brought home many laurels through his consistent performances. Virat Kohli's presence on the feild inspires other teammates to give in their best inspite of all odds.