ICC Champions Trophy Match 2017 Semi Finals between India and Bangladesh is tomorrow on the 15th June 2017, Have you booked your tickets yet or atleast made your plans to enjoy the match. See you at the Ind vs Bang, ICC Champions trophy semi-final match!
Updated: Nov 15, 2017 17:22 IST 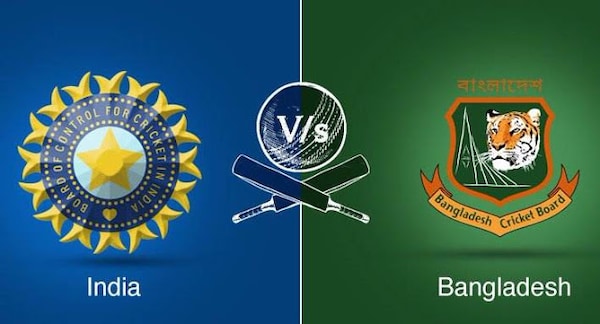 ICC Champions Semi Final - Ind Vs Bang
From the very beginning, the ICC Champions Trophy 2017 has not seized to surprise and excite us. And the current title holders have showed no less than what we have expected of them. With confidence brimming from Virat's 11, the anticipation of the Ind vs Bang, ICC Champions trophy match is on the rise. The defending champions go against the Bangladesh side in the semi-final clash on 15 June, 2017 in Birmingham, England.The Indian Cricket team captain Virat Kohli has shown confidence and preparation ahead of the clash with statements which reflect the dedication that the Indian Cricket team has brought and shown in previous games against Pakistan and South Africa, with a slight scare against Sri Lanka. With the outstanding performance by Yuvraj in the last match, he is definitely one to watch out for this time again. But the Men in Blue were able to come back and demonstrate a strong, "Win or go Home" attitude against the South African Cricket team. And now there is no slacking on the part of the Indian National side as they recognize the Bangladesh Cricket team which proved to be a force in itself with its' affirmation against the Kiwis, recoiling from a potential defeat and creating a place for themselves in the Semi-Finals of the prestigious tournament.

The highly anticipated clash is backed by the rivalry between the Champions and the Tigers at the Ind vs Bang, ICC Champions trophy,with tensions rising every time the encounter between the two takes place, as was seen in the 2015 World Cup Quarter Final. Virat's side is all set with its' strong bowling line-up and seemingly impenetrable field setting. The victory over South Africa and Virat's 76 not-out performance reinstated him as number one on the World ODI Batting Ranking as well. Although past records show that victory favors The Blues, with 26 wins against the Bangladesh National Team out of a total of 32 matches played, there is no room for conclusions before the match itself commences.Let's cheer again for your sides at the Ind vs Bang, ICC Champions trophy.

We urge you to make way for the Semi-Final Ind vs Bang, ICC Champions trophy and block your calendar. The match is scheduled for 15:00 IST on 15 June, 2017. So Book Your Tickets Now!