Stock Up On Best Selling Merchandise Of The Winning IPL Teams

Who will win IPL 2019? Winner of IPL 2019 is already in discussion and contentions and considerations are being made around the best teams and about who will take the IPL Trophy 2019. Stock up on the latest merchandise of the wining teams. 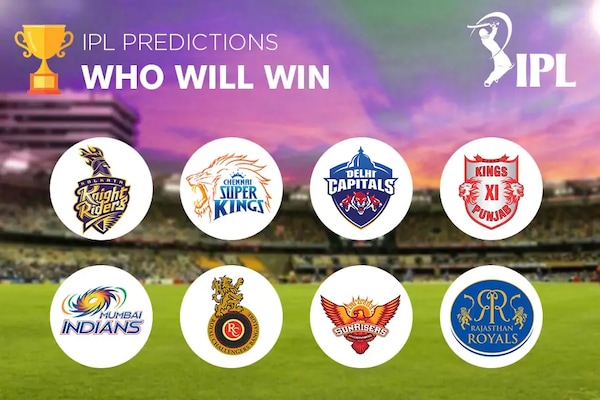 IPL,the biggest cricketing extravaganza in the world is just about to kick off and cricket fans are excited to watch the action unveil on the fields and the clash of the titans. Some interesting on-field action awaits for the fans this upcoming IPL Season. Every team looks all set to give an astonishing performance in this season of the IPL 2019 and get their hands on the priceless trophy of IPL. While the IPL tickets 2019 window for some popular team has just opened we already have many predictions doing rounds, around the contenders and winners of the Trophy this year. With players like Dhoni, Virat Kohli, Suresh Raina it is going to be a treat to watch the contenders of the IPL trophy fighting for the win.

Chennai Super Kings, the most consistent team in the IPL has a journey full of ups and downs. They are all pumped up to showed why they are known to be the most consistent team of all. The best thing about this team is that the entire team has the capability to deliver match winning performance. They have the best captain who will guide the most experienced team of the IPL under the likes of Faf Du Plesis, Suresh Raina and Ravindra Jadeja. In Chennai Super Kings there are almost every player who have an experience of playing atleast 30 matches in the IPL which gives them an upper hand on the contendership of IPL which is a less visible in other teams. The defending champions of the IPL season 11 are the favourites this year too.

There's a very silly record behind Mumbai Indians history that they have lost their tournament opener in last 3 season but they were able to put their hands on the cup or atleast qualify for the qualifiers, which means it's an alarming bell for the other teams. The team has the ability to buck up even after the intial losses and come back strong. Unike the past seasons MI would be in search of a convincing win in the initial stage of the game. They have Rohit Sharma, Hardik Pandya, Evin Lewis, Krunal Pandya and Yuvraj Singh in their batting whereas when it comes to bowling they have a great bowling attack lead by Lasith Malinga.

Led by the ever enthusiastic Virat Kohli, the team has managed to perform fairly well in the earlier seasons of the tournament. With players like AB de Villiers, Washington Sundar, Tim Southee and others this team seems to be a perfect combination of experience and young talent. Having great potentials of winning this IPL season the RCB would be expecting a flying start to the tournament.

KKR team in this season is looking strong with players like Sunil Narine, Dinesh Karthik, Robin Utthapa, Chris Lynn and others. This team looks like a powerhouse of batting and bowling. With world class bowlers like Sunil Narine, Piyush Chawla, and Kuldeep Yadav a lot can be expected from their spin attack. This time, KKR might pick up the IPL trophy under the captaincy of Dinesh Karthik. The team would wish to start their IP campaign with a massive and convincing win.

Comparatively a new team in the tournament, the IPL fans have a lot of expectation from SRH. One of the most balanced teams with the best batting and bowling combination, we can expect this team to lift the IPL season 12 trophy this year.

The other teams including Kings XI Punjab, Rajasthan Royals, and the all new Delhi Capitals too have great potentials of winning the IPL 2019 trophy, however on a complete analysis with the other teams there are some major drawbacks in these teams. If these teams pull their socks up and get in to the field they too have great potentials. So let's see who will win this season IPL 2019

Stock Up On Best Selling Merchandise Of The Winning IPL Teams