Who will win IPL 2022? As we are heading towards the start of the tournament, all IPL fans want the answer of this question. In this story, we've listed the contenders for the IPL Trophy 2022, and readers can also buy the latest merchandise of the team, they are rooting for. 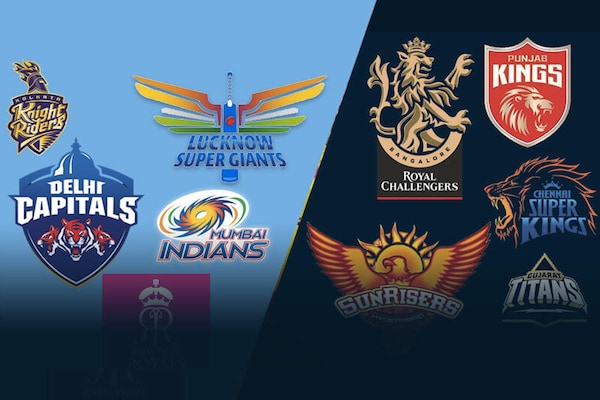 Indian Premier League (IPL), the biggest cricketing extravaganza in the world, is just about to kick off and cricket fans are excited to watch the action at stadiums after three years. Some interesting on-field action awaits for the fans, as this season, we will see ten teams striving to win the title. Every team looks all set to give spectacular performances in this season of the IPL and get their hands on the trophy, but fans will keenly watch the matches of the contenders for the title. With players such as MS Dhoni, Virat Kohli, Glenn Maxwell, Jos Butler, Rohit Sharma, Kane Williamson, Sunil Narine, and Andre Russel; watching the tournament will be a treat for IPL fans.

Let's Check Out The Top Contenders For The Tata IPL 2022

Chennai Super Kings is the most consistent in the IPL as it has won four titles under MS Dhoni. As the team is the last year's IPL champion, so this season, CSK will defend the title under the new captain Ravindra Jadeja after MS Dhoni's resignation. The best thing about this team is that its players have the capability to deliver match winning performances. Players such as MS Dhoni, Ravindra Jadeja, Dwayne Bravo, Ambati Rayudu, Moeen Ali, Chris Jordan, and Mitchell Santner can snatch the victory from the jaws of defeat.

The records of this team can scare any other team as under Rohit Sharma, MI (Mumbai Indians) has become the most successful team in the IPL with five trophies. Last season, MI failed to qualify for the play-offs, but the five-time IPL winning team will try to win the hearts of its fans by clinching the title for the sixth time. This MI squad, on its day, can spoil any other team's game plan as it has quality players such as Rohit Sharma, Ishan Kishan, Suryakumar Yadav, Kieron Pollard, and Jasprit Bumrah.

Royal Challengers Bangalore (RCB), in the last fourteen years, has failed to win any title, but the team every season comes out as a favourite to win the trophy because of its well-known players. The star-studded batting line-up of this team includes players such as Virat Kohli, Glenn Maxwell, Faf Du Plessis, and Dinesh Karthik, all these batsmen have potential to destroy any bowling unit. This year, RCB has revitalised its bowling attack by buying top bowlers such as Josh Hazlewood, Jason Behrendorff, Harshal Patel, Mohammed Siraj, and Siddharth Kaul.

Kolkata Knight Riders (KKR) will also be one of the top contenders to win the title as this year, the franchise showed faith in Shreyas Iyer by giving him charge of the team. Other prominent cricketers such as Andre Russel, Sunil Naine, Venkatesh Iyer, Pat Cummins, Mohammad Nabi, Nitish Rana, and Tim Southee are also associated with this franchise. KKR hasn't won the trophy since the last eight years, but in this edition, these players will try to bring smiles on the faces of their fans by winning the cup for the third time.

In the 2022 IPL auction, Delhi Cpitals (DC) purchased players such as David Warner, Mitchell Marsh, Tim Seifert, Kuldeep Yadav, Mustafizur Rahman, and Shradul Thakur. Other retained players such as captain Rishabh Pant, Axar Patel, and Prithvi Shaw will also assist them. Delhi Capitals with these players have the capability to turn the game towards itself from any point.

As we've seen these teams playing in the past, its' possible for us to assess the performance of these teams in the coming season, but in this edition, all eyes will be set on the two new teams Lucknow Super Giants (LSG) and Gujarat Titans (GT). Both these teams will be led by well-known players KL Rahul and Hardik Pandya and also have renowned big T20 names.