4000mAh Battery Phones are a must have for all those gadget freaks. Here we bring some of the best 4000mAh battery phones that shall survive the race all day from top brands like - Redmi, Samsung, Realme, Lenovo, Huawei and others
Updated: Dec 30, 2019 12:42 IST 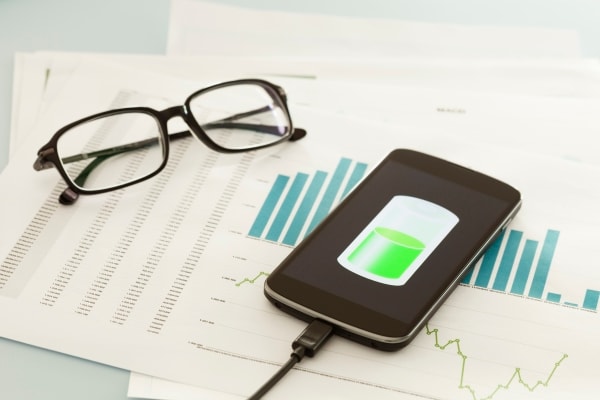 A decent battery is considered to be the foundation of a good featured smartphone. 4000mAh battery phones are something that most of us look for these days along with the best features in the phone. A great battery ensures that we can get the most out of our phones at any point of the day. 4000mAh battery phones allow you to listen to your favourite tunes anywhere on the go. Some of the phones that claim to be loaded with the best features often forget to back it up with a massive battery, but not to worry there is a lot of options available for the 4000mAh battery phones that come in the mid budget range and gives a powerful performance backed with a great battery life.

The latest flagship phone from Redmi the Redmi Note 7 is here. The phone was launched in February 2019 and has made it to our list of the best 4000mAh phones in India. Its powerful octa-core processor gives it the power to multi-task and deliver performance. A 4000mAh juiced up battery for those long hours of work. Superb camera quality and a massive 6.3 inch display make the phone a great buy.

The Oppo F11 Pro launched in March 2019 comes with a 6.5 inch display and a 6GB RAM. The poweful 4000mAh battery in it defines it as the best battery backup phones in India. Stunning camera quality with 48MP on its primary camera makes it stand out of the crowd.

Samsung has recently launched a number of phones for all segment of users. With its Samsung Galaxy A30 loaded with awesome features and a 5000mAh battery making it one of the best 5000mAh battery phones. A huge display of 6.4 inch and superb quality cameras make it your dream turning to reality kind of phone, so get ahead and get your hands onto this fabulous phone today.

Realme 3 flaunts a mega battery of 4230mAh along with some stunning camera features and looks. A Notch Full Screen Display, a glossy captivating body with Face unlock features and loaded camera features make the Realme 3 one of the best 4000mAh phones in India. Its narrow frame and a thin body make it a great buy.

A sleek full metal uni-body powered by a massive 5100mAh battery which could last you 3 days and a 24W rapid charger for fast charging keep you going non-stop with the Lenovo P2. With 15 mins of charging you have a battery which lasts for upto 10hrs and a super fast Qualcomm Snapdragon 625 true octa core processor bundled in this superb phone makes the Lenovo P2 the best in the best 4000mAh battery phones list in India.

The next sensation launched by Huawei the Huawei Mate 20 Pro not just comes with superb looks and features but also a massiv battery of 4200mAh and a 3D glass with smooth curves and a smarter AI power management to feul your work makes this phone a true master piece and a sure shot buy if you are looking for the best 4000mAh phones in India.

One of the best 4000mAh battery phones the all new Samsung Galaxy Note 9 ensures that the phone will remain alive for more than a day with moderate usage. Apart from this the various power saver modes also enhances the battery life of your phone.

One of the latest and premium launches from Vivo, the Vivo Nex is one of the best 4000mAh battery phones. Apart from the massive battery the phone has completely bezel less display and other features to keep you entertained for the day. The retractable camera works reliably, the large ultra full view bezel-less screen is simply perfectly ideal for gaming, and the two-day battery life lets you use the phone without worry of running out of charge.

One of the most successful phones from Lenovo the Lenovo K8 Note was just meant to be the perfect 4000mAh phones. The Lenovo K8 Note is powered by a great processor and an sports an awesome battery life. The phone can keep you entertained for more than a day once fully juiced up and all thanks to this great 4000mAh battery phones.

Tenor G as it is popularly called, the phone sports some really interesting features and one of the best features is the 4000mAh battery. The battery allows the phone to go on without any interruption for more than a day. The 10.or G sports 13MP dual rear camera and a 16MP front camera for shooting selfies, along with a 4GB RAM and 64GB internal memory. The best thing about this wonderful 4000mAh battery phones is that you get all this at a very meagre price.

If all this while you have been troubled with the battery of your phone and haven't been able to enjoy the media content on your phone to the fullest then here is the solution to all your problems. These 4000mAh phones are coupled with great specs and can set your free from the hassle of dying battery.