AMOLED Vs OLED: Know Which One Is Better

AMOLED vs OLED: Wondering what is the major difference between the two display technologies? Well, our story ahead will guide you through so that you have a better understanding of both, AMOLED as well as an OLED display. 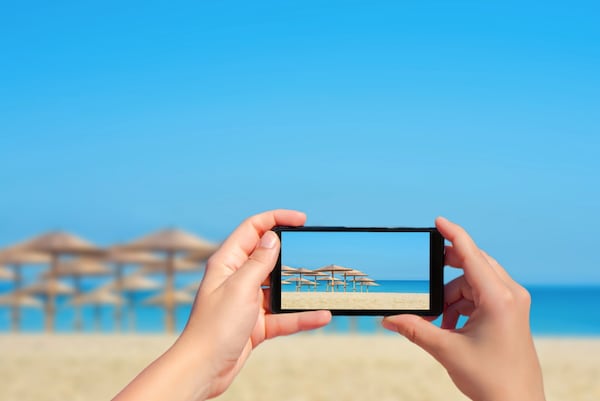 AMOLED Vs OLED: Know which one is the best for you

Smartphones are not just used for calling anymore, these are smart devices that work no less than a mini-computer which can be easily carried in pockets. With the provision of internet connectivity, you can perform multiple tasks at your fingertips and for this you need to have high-end specifications on your smartphone. When heading to shop a new smartphone, everyone scans through the list of their specifications that includes details related to battery, screen size, camera, RAM, Android version, operating system, display type and more.

OLED stands for Organic Light Emitting Diode. The OLED display contains a LED which is comprised of an organic material that emits light when current is passed through it. It is used to display rich and vibrant colours. The OLED is much smaller, flexible and relatively thin as compared to the traditional LEDs. It also consumes less power while illustrating dark colours.

The OLEDs are widely used in different areas or fields such as:

Broadly, there are two types of OLEDs:

PMOLED: PMOLED stands for Passive Matrix Organic Light Emitting Diode. These are much cheaper as compared to other LEDs, but their lifespan is very short. PMOLED type of display is found in small devices of up to 3 inches.

AMOLED: AMOLED stands for Active Matrix Organic Light Emitting Diode. The AMOLED display is generally used in large platforms as it contains TFT (Thin Film Transistor) that helps control the flow of current in each pixel. It further consists of a storage capacitor. AMOLED also works on the same principle of OLED displays.

AMOLED display can be used in numerous appliances, gadgets, electronics and more as it offers no constraints on the size of the display. It offers incredible performance and the power consumption is also less when compared to other display technologies. The AMOLED display is thinner, lighter and flexible and so is widely used in smartphones, smartwatches, laptops, digital cameras and televisions.

Super AMOLED: In 2019, Samsung launched Super AMOLED or S-AMOLED for those looking to buy smartphones or tablets with improved touch and display. This screen technology has an integrated touch function, which means the layer that senses the touch is blended with the screen itself instead of being as a coat or an additional top layer. Since the touch technology is blended in so well with the screen, it offers an improved viewing experience, with better colours and resolution. The Super AMOLED also adapts to different lighting conditions, falling easy on the eyes of viewers.

Take a look at the difference between OLED and AMOLED display technology below:

OLED display emits light when current is passed through as it is made up of thin layers of the organic components and so each pixel transmits its light. An AMOLED display consists of thin film transistors in which the storage capacitors are responsible for maintaining the pixel states.

The OLED display offers excellent contrast ratio as it has a high level of control over pixels. On the other side, AMOLED display has faster refresh rates than OLEDs and so provides a great artificial contrast ratio in which each pixel transmits light resulting in better display.

The OLED display consumes less power than that of the AMOLED display.

OLED provides more efficient and bright displays as these are comparatively thinner as compared to the LCDs, whereas AMOLED display can be fitted into any display size as it does not restrict with the limitation of display sizes.

Which one has faster response time, AMOLED or OLED?

AMOLED displays use TFT and therefore has a faster response time.

What are the advantages of AMOLED?

There are various advantages of AMOLED and a few are listed below:

Is AMOLED bad for eyes?

Although AMOLED displays are known to offer bright and vibrant colours but do not cause much harm to the eyes. This is because an AMOLED screen uses its radiation from organic diodes and does not have a backlight. As a result, eyes perceive light only from active pixels on the screen. Meanwhile, other screen pixels are completely black. However a key factor here is also the PPI or the Pixels Per Inch in the screen. The higher the PPI, the lesser the strain on eyes.