Best 2 in 1 Laptops in India

We have handpicked the best and the most stylish, convertible, touch-screen, detachable and 2-in-1 laptops available in the market today.The list is here and they are some great discounts and offers which you must not miss!
Updated: Dec 20, 2019 12:21 IST 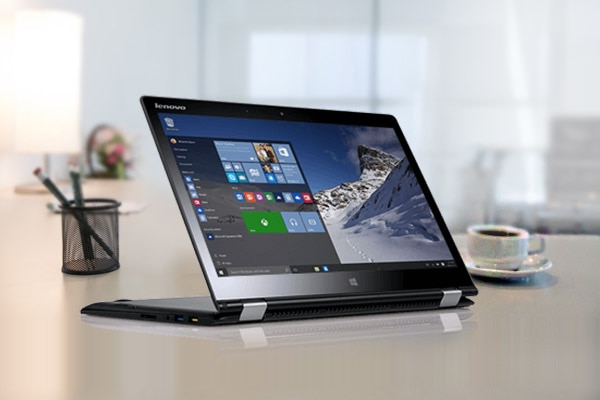 When we talk about the advancements made in Laptops, apart from the ever-updating software, there is one which clearly stands apart. The Convertible or 2-in-1 laptops available today are an amalgamation of the traditional laptop and the modern tab. The idea is simple yet revolutionary, and facilitates the use of a personal computer when a person is at his or her station as well as when they are on the move. The convertible laptops came into the market comparatively recently, but it wasn't too late before a large number of vendors picked up on the simple technology. Today we can pick out a number of different manufacturers producing detachable or 2-in-1 laptops and the options are growing daily for everyone to choose from.

The HP Spectre x360 is one of the best available detachable 2-in-1 laptops, and although it was launched in 2016, it is an all-new laptop in itself. It was voted as the best Windows Laptop of 2016. It comes with a 13 inch convertible screen, a 1080p IPS touchscreen, and despite the computers' small frame, the keyboard is full sized. The laptop is light weighing at a mere 1.27kg, has a 16GB RAM, 512GB SSD, and is powered by the seventh-generation Intel Core i5 or i7. The laptop also has an exceptional battery life, crossing the 10-hour mark without having to plug in or seeing any drop in the performance that is usually seen in Windows Laptops. All its features and its overall performance render it as a fine choice while looking for a convertible or a 2-in-1 laptop.

The Microsoft Surface Book Series was probably the first to enter the 2-in-1 or detachable laptop market. The Microsoft Surface Book was launched in 2016 and was one of the top notch models in its categories. This one comes with the capability of transforming into a tablet, which is accommodated by partially detaching the screen, rotating it 360 degrees and placing the top over onto the side of the keyboard. Other features of the laptop include a stylus or a Surface Pen which is pressure sensitive and fun to use, a 13.5-inch display at 3000x2000 pixels, and a sixth-generation Intel Core i5 processor. These specs included in the laptop avail it to be a great gaming machine, having the ability to support games and graphics which demand greater performance than what most other laptops are able to provide. The Microsoft Surface Book i5 definitely becomes an automatic preference when looking for the best 2-in-1 laptop.

The Samsung Notebook 7 Spin was launched in June 2016, and makes for a great detachable or 2 in 1 laptop. The screen rotates all the way to the back, it can be used to watch videos in the tent mode and can also be used as a tablet by rotating 360 degrees and resting the screen on the bottom panel. The laptop cum tablet is available in 13.3 inches as well as 15.6-inch display sizes, with the full-HD resolution of 1920x1080 pixels. The laptop packs in Windows 10 with a sixth-generation Intel i5 or i7 Core processor, and up to 12GB RAM and 1TB hard drive and SSD to choose from. One other interesting feature of the laptop is that Samsung has incorporated an HDR filter which allows users to obtain optimum quality from high-resolution videos, and the laptop is able to withstand the gaming-standards of the day very well too. Overall, the Samsung Notebook 7 Spin is a great buy.

The Asus ZenBook Flip UX360CA was launched in India in the month of November of 2016. The convertible or 2 in 1 laptop has a number of features which include its seamless ability to be switched into a tablet by flipping the screen backwards, which automatically turns the keyboard off and the screen rotates in order to be used as a tablet. The laptop comes with an Intel Core m3-6Y30 processor from the Core M sixth-generation family, 4GB RAM, and either a 128GB or 512GB SSD. Intel's HD Graphics 515 capabilities are integrated into the system, and the screen has a resolution of 1920x1080 pixels, which is more than enough for everyday tasks. The video accelerator is compatible enough which causes no trouble in watching HD or even 4K videos. The performance is sturdy and the overall experience is exceptional.

The most popular out of the recently launched models in the detachable laptop market, the Lenovo Yoga 720 is ideal for anyone looking to make the best while picking out a laptop cum tablet. The laptop comes in a 13 inch and a 15 inch variant, with a 4K resolution and great performance. Apart from having the seventh-generation Intel Core processors, it also incorporates the Nvidia GeForce GTX 1050 graphics. The 15 inch variant is said to have a battery life of 8 hours and the 13 inch declares 7 hours. These laptops are available with up to 16GB of RAM, 1TB of HDD and 512GB of SSD storage. The laptop is also accompanied by a stylus which works well for artists and the likes. The Lenovo Yoga 720 is, therefore, an excellent option as a 2 in 1 Laptop.

So here is a list of the 5 Top 2-in-1 (Detachable) Laptops which turn into tablets. In the fast-paced life that we live today, it is but obvious that a lot of our work depends on the flexibility of our gadgets. So a 2-in-1 or a convertible laptop becomes one of the handiest aids to get by and get all that work done while we're on-the-go.