Best 4G Phone Under 6000 : brands are continuously adding newer 4G phones in every price bracket and so 6000 also has great options and we have sorted the best from brands like Xiaomi, Micromax, Moto, LG and others.
Updated: Apr 19, 2019 15:23 IST 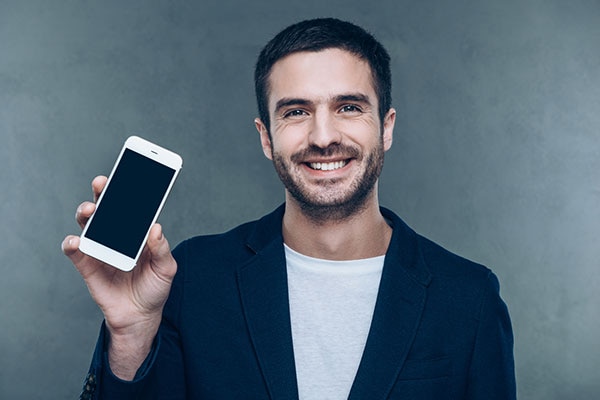 When thoughts about buying a new phone come in mind, the first thing that pops up is budget and then what can be the best buy within the budget. There are so many options available these days in the list of the best 4G phones under 6000 that it rather confuses us instead of clarifying. The devices can be similar along with their processors and android versions for that matter in each of the segments. So to help you around this we have shortlisted the best 4G smartphones under 6000 for you. Crisp brief features, to the point specifications and a budget which fits your pocket comfortably is what these best 4G android phones under 6000 have to offer.

Another budget friendly phone under the best 4G phones under 6000 is Micromax's Canvas XP 4G. This phone offers 3GB RAM, and has a 16GB of internal storage. The phone features a 5-inch HD display. On the camera front, the device offers an 8MP camera at the back and a 2MP front facing camera. Its battery powers 2000mAh and phone operates on Android OS, v5.1 (Lollipop). The device uses a MediaTek MT6737P SoC and has 1GHz Quad processor.

The Xolo Era X stands at one of the top positions of the list of the Best 4G Phones under 6000 with its 4G capabilities and VoLTE support. The phone is powered by a powerful 1.5GHz quad-core. It comes with 3GB of RAM and 8GB of internal storage on the phone, you can add a microSD card to the device. The phone also features an 8MP camera at the back and a 5MP camera at the front. It comes with the display of 5.0 inches and SoC: Spreadtrum SC9830A. The battery powers 2500mAh and runs on OS: Android OS, v5.1.1 (Lollipop).

If you have a craving for long and strong battery life this is the apt one as this phone specifies 4000 mAH battery. The 5-inches IPS LCD display on the phone has a HD resolution and is covered in Gorilla Glass 3. You get an 8MP camera at the rear and a 5MP camera at the front. Micromax Canvas Juice consists of SoC: MediaTek MT6735P. The RAM of the phone is 2GB and has the internal storage of 8GB. It runs on Android OS, v5.1 (Lollipop) and processes on 1GHz quad core.

The Xolo Era 1X offers support for 850 / 1800 / 2300 Mhz bands in their range. The 1.3GHz quad-core spreadtrum processor is good enough for day to day work. The phone has one of the best 8MP cameras we have seen in the best smartphones under 6000 category and has 5MP front camera for selfies. It has display of 5.0 inches. It has 1GB RAM and an internal storage of 8GB. It runs on OS: Android OS, v6.0 (Marshmallow).

Karbonn Titanium Jumbo 2 provides 13 MP primary and 8 MP front cameras with auto zoom, auto flash, face detection and touch focus. With addition to this, it offers 2 GB RAM and 16 GB storage space which is expandable up to 64 GB memory. The phone has capacitive touchscreen of 1280 x 720 pixels resolution. It runs on Android v7.0 Nougat operating system with 1.3GHz Mediatek quad core processor. The battery for the phone is power-packed of 4000mAH lithium-ion.

The LG K7i gives you powerful performance with 1.14 GHz quad-core processor. It has 2 GB RAM and has Internal storage of 16 GB which is expandable to up to 128 GB memory. The phone's battery life is far better with the power of 2500 mAh Li-ion. It provides 8 MP primary and 5 MP front cameras for selfies. The phone has the display size of 5.0 inches and resolution of 854 x 480 Pixels. It runs on Operating System Android Marshmallow 6 and has Processor Quad Core with Primary Clock Speed of 1.14 GHz.

With the Lava A97, you get high end performance with 1.3 GHz quad- core processor. The phone comes with 5 MP front and rear cameras both with LED flash. The RAM of this phone is 2 GB and has 8 GB of internal storage expandable up to 32GB. It runs on Android v6 Marshmallow operating system and dual SIM (micro+micro) dual-standby (4G+4G). It is powered by 2350mAH lithium-ion battery.

10.or D offers Snapdragon 425 processor which powers the performance of the phone. The other features include 13 MP rear and 5 MP front cameras, 32 GB internal storage which is expandable up to 128 GB memory and 3 GB RAM. It has display of 13.2 centimeters (5.2-inch) HD IPS 2D capacitive touchscreen with 1280 x 720 pixels resolution. It runs on Android v7.1.2 Nougat operating system with 1.4GHz Qualcomm Snapdragon 425 MSM8917 quad core processor.

The list is exclusively prepared for enlisting the best 4G phones under 6000 available in the market. We hope you would get a great help in short listing your phone you decide to buy.