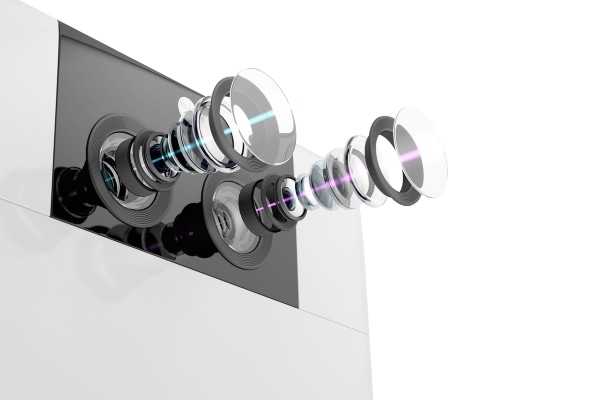 The Best Dual camera phones have become a trend with the launch of iPhone 7 Plus last year. Although it was not the first phone to feature a dual camera setup but Apple phones always create the benchmark for the smartphone industry, which makes them strive hard to come up with such features and prove satisfactory for their customers. After coming up with the best selfie camera phones - which are phones with the best front cameras now its the turn for the best dual camera phones.

But as buying an iPhone can make a big hole in your pockets, various other brands have started to launch their phones featuring a dual camera setup.Let's take a look

The brilliant phone from Apple launched in October 2018 the iPhone XR comes with the most advanced LCD, Face ID detection and the most powerful and smartest chip in the industry. Apple launched the Apple XR as a strategy to making more number of sales. The iPhone XR is bigger than the XS but slightly smaller in screen size compared to XS Max. The XR is thicker and heavier than the earlier releases XS and XS Max. The iPhone XR is only the XS with a lower display version. The phone lacks the HD ready display which is completely unnoticeable. The phone lacks the 3D touch but then what really is a 3D touch and how much have we all really used that feature. A balanced and optic LCD inside beautifully curved corners of this iPhone XR makes it a perfect phone. Wireless charging and water resistance and wide stereo speakers and a singled wide angled camera in the iPhone XR comes with a great portrait mode.

Now click unrestricted selfies and get the best images captured with the all new Realme C1. Realme C1 is known to be one of the best dual camera phones in the specified budget range. 13MP + 2MP rear camera with f/2.2 + f/2.4 allows you to take vibrant pictures in portrait mode.

The brand's latest flagship device by Samsung, the Galaxy S9 Plus features dual rear camera setup with 12MP + 8MP shooter cameras. The camera is arguably the best mobile phone camera. The camera works really good even in low light conditions. The Galaxy S9 Plus is a straight competitor to its rival iPhone X in terms of every specification and ranks in the list of the best dual camera smartphones.

Sporting a dual camera of 12MP + 5MP, with f/2.0 aperture lens, and dual tone LED flash the Vivo V11 Pro holds to be one of the best dual camera phones. Vivo has constantly been working upon improving the camera features of their smartphones and the outcome of their effort is simply wow!

Xiaomi over the years has become the king of the budget smartphone companies in India. One of the latest launches the Xiaomi Mi A2 sports a dual camera of 12MP + 20MP with f/1.8 and f/1.75 aperture respectively making it a strang contender for the best dual camera phones.

The Oppo F9 Pro which is marketed as a fast charging phone also sports awesome dual camera features. The Oppo F9 Pro is a fusion of style and substance. The 16MP + 2MP dual rear camera with f/1.8 and f/2.4 aperture respectively will also meet your needs if you are looking for a camera that will beautify all your facial flaws.

The all new Vivo V9 Pro is loaded with spectacular camera features. The phone sports primary camera with in depth sensors of 13MP (f/2.2) and 2MP (f/2.4). The camera can lock focus easily and capture a good amount of details making it one of the best dual camera phones.

Xiaomi is one of the biggest smart phone companies in the world. The Redmi 6 series is a wonderful device and is the cheapest on our list with a dual camera setup. With 12mp+5mp dual rare camera, the Redmi 6 Pro is a great device for taking pictures. If you want to get a dual rear camera smart phone you should have a look at Redmi 6 Pro and consider it as your choice.

With the launch of OnePlus 6 this year soon after the OnePlus 5 phone, OnePlus company proved its technology and design yet again. Breezing speed which lets you do much more in much lesser time, a 19:9 display screen with lightning fast gaming speed and 16MP + 20MP Dual cameras the phone make dual camera and phone speed meet. If you ever look at a OnePlus picture you will know it was shot in one. The OnePlus 6 features in our list of the best dual camera smartphones with great quality dual cameras but it does not offer an optical image stabilizer.

If the above mentioned phones are too expensive, you can have look at the new Honor 8 Pro. Honor has become a well known name in the Indian smart phone market. With the dual rear camera craze going on, Honor has also jumped into the segment with their Honor 8 Pro which has a dual camera setup. The phone features 12MP Dual rear camera and a 8MP front facing camera. This is also one of the best dual camera smartphones with a dual camera setup for an affordable price.

Smartphones are upgrading each day and to walk with technology is the best option to match the pace of the geeks. Do try your hands on these above mentioned dual camera phone with which you can take your photography to another level.