Best Samsung Phones Under 15000 in India 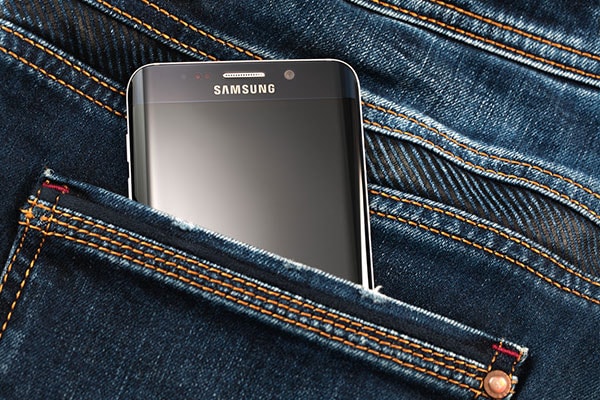 Best Samsung Phones Under 15000 in India

With the growth of technology, smartphones and other gadgets are getting more accessible and cheaper. Samsung has been a well-known name in the smartphone industry. Samsung phones under 15000 are reliable and quite affordable as well.  The Indian market in the current situation demands good phones at an affordable price. It has adapted well to the market needs and offers a variety of products to choose from. The quality and performance from a company like Samsung is always expected to be high and they have not disappointed the consumers. Such features at an unbeatable price is quite impressive. So, if you are planning to buy a Samsung phone under 15000 range then, we are here to help you.

Samsung galaxy on7 prime has a 4 GB RAM and 64 GB internal memory which can be expanded up to 256 GB. It has android v7.1 Nougat OS with 1.6 GHz Exynos 7870 octa core processor which makes it even great for fast browsing. It has a 13 MP back and 13 MP front camera which means you can get amazing pictures and selfies even in low light conditions. It has a metal body which looks sleek and stylish. It also has finger print sensor for better security.

Samsung galaxy On Nxt is one of the best Samsung phone under 15000 price range. It has 3 GB RAM and 64 GB ROM which is expandable up to 256 GB so you won't ever run out of space. It has a 5.5 inch full HD screen and operates on Exynos 7870 Octa Core 1.6GHz Processor. With 13 MP rear and 8 MP back camera, this phone is great for all the photography enthusiasts out there. Its battery life is long with 3300 mAh Li-Ion battery.

Samsung galaxy J6 has an octa core 1.6 GHz processor which makes it one of the best Samsung phone under 15000 budget. It has 5.6 inches super AMOLED screen. It is a sleek phone with powerful features. It has 2 GB RAM and 16 GB internal memory which is expandable up to 128 GB. This smartphone has 13 MP rear and 5 MP front facing camera with a battery of 3300 mAh.

Samsung Galaxy J7 max has 5.7 inches full HD screen with an advanced octa core processor. It is surely one of the best Samsung phone under 15000 range because with its 4 GB RAM the phone is quite fast and runs smoothly. Its internal memory is 32 GB which can be expanded up to 256 GB.  It has a 13 MP rear and 13 MP back camera with auto focus and flash at the back.

Samsung galaxy J5 features a 3 GB RAM and 32 GB ROM which can be expanded up to 256 GB. It has a 5 inch HD display with 13 MP rear and 5 MP front camera. It operates on Exynos 7570 Quad Core 1.4GHz processor. It also has 2.5 gorilla glass for better protection of the phone screen.

Samsung galaxy j7 Nxt with its 5.5 inch capacitive screen is one of the best Samsung phone under 15000. It functions on Android v7 Nougat OS with 1.6GHz Exynos octa core processor. It has 2GB RAM and 16GB internal memory (expandable up to 256GB). It has a 13 MP rear and 5 MP front facing camera. It is a dual sim smartphone with a battery of 3000 mAh.

Samsung galaxy on8 had to be in this list of Samsung mobiles under 15000 because of its features and performance. It has 5.5 inch full HD AMOLED screen. It works on Android v6.0 Marshmallow OS with 1.6GHz S5E7580 Exynos 7580 octa core processor. It has 3 GB RAM and 16 GB internal memory which can be expanded up to 128 GB. It is a dual sim smartphone with 3300 mAh battery.

Samsung galaxy On Max is one of the best Samsung mobiles under 15000 budget in India. It has 3 GB RAM and 32 GB ROM which is expandable up to 256 GB. It has a 5.7 inch full HD screen along with 13 MP rear and 13 MP back camera so clicking amazing pictures will become your hobby. It is great phone for multi-tasking because of its fast processor and RAM.

With Exynos 7 series processor and 3 GB RAM, you can multi-task like a pro with Samsung Galaxy J7 prime 2. The 13 MP camera (rear front) lets you click high quality pictures and selfies. It has an internal memory of 32 GB (expandable up to 256 GB). The full HD display and Gorilla glass gives this phone a premium look.

Samsung Galaxy j7 is dual sim smartphone equipped with a variety of features. It has a 3300 mAh battery which allows you to work up to 23 hours. It has 2 GB RAM for fast processing. There is 16 GB internal memory which can be expanded up to 128 GB so, you won't have to worry about the storage. It has a primary camera of 13 MP with auto focus and flash and front camera of 5 MP.

So, these were all of the Samsung phone under 15000 price range. We hope this article was helpful to you. Tell us in the comments below which one you are planning to buy.