Foods To Avoid During Pregnancy

Pregnancy is an interesting cocktail of sudden food cravings and delimiting dietary restrictions. While the mother in you might crave a tangy chaat or a sundae at midnight, many such delicacies are a strict no during these nine months. Find more about such foods to be avoided during pregnancy below. 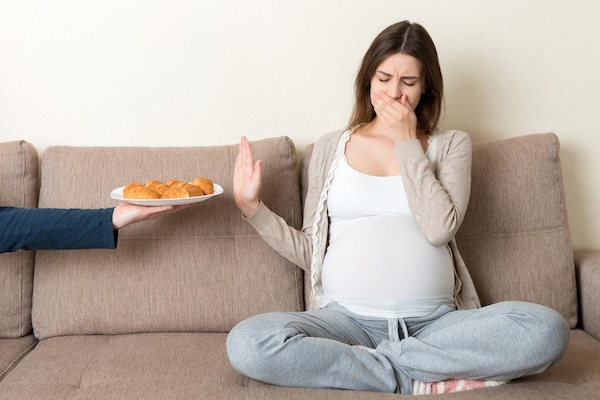 Though pregnancy is associated with sudden food cravings, many foods are a total no during pregnancy

Pregnancy, the miraculous journey of creating life, naturally calls for special care and caution. As the mother's body undergoes a string of emotional, physical and hormonal changes, the dietary choices become very crucial. While the sudden food cravings might leave the pregnant ladies wanting for a tangy chaat topped with curd and spices or a scrumptious flavourful deli at midnight, many of these might not be good for health of the mother or the baby. Read more to find about various foods to avoid during pregnancy.

Foods To Avoid During Pregnancy 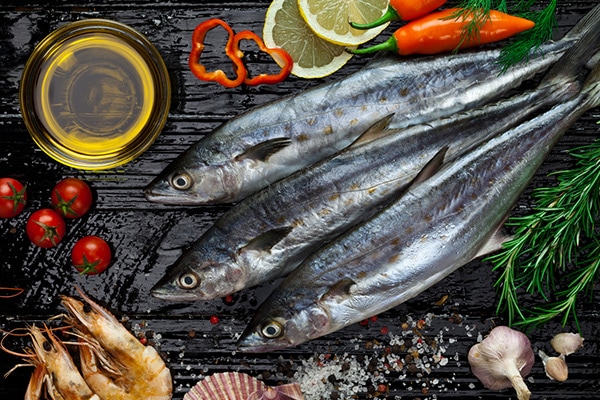 It is recommended for pregnant ladies to avoid uncooked, raw, and oily fish

However tempting a plate of scrumptious sushi might be, it can leave you with an unsettling stomach infection. Not just sushi, rather any undercooked or raw fish exposes pregnant mothers to the risk of harmful bacteria, virus, or parasites; the most fatal of which is Listeria, a pathogenic bacteria which is usually found in soil and contaminated water or plants.

This bacterium is more likely to attack pregnant ladies as compared to the general population. It usually infects the uncooked fish at the time of processing, smoking, or drying. This strong pathogen can easily pass through the placenta and may even infect the child. In severe cases, this may lead to premature delivery, miscarriage, stillbirth, and other serious health problems, as per the Center for Disease Control and Prevention.

Additionally, it is advised to avoid consuming fish with high levels of mercury such as shark, swordfish and marlin. Oily fish such as salmon, mackerel, sardines, trout, herring and pilchards, also stand the risk of high levels of pollutants and are to be avoided during pregnancy. Raw or uncooked meat may harbour several pathogenic microbes such as Toxoplasma, E. coli, Listeria, and Salmonella, and are thus to be avoided during pregnancy at all costs. Though, most of these stick to the meat surface, some may even linger on to the fibres.

However, some whole cuts of meats that haven't been cooked all way through might be safer, when the piece of meat is uncut or whole and is completely cooked on the outside. These include tenderloins, sirloins, or ribeye from beef, lamb and veal.

Caution also needs to be taken while having hot dogs, lunch meat, and deli meat. Although raw, cured meat is generally believed to be safer, it is best to stick to cooked one as a precaution. 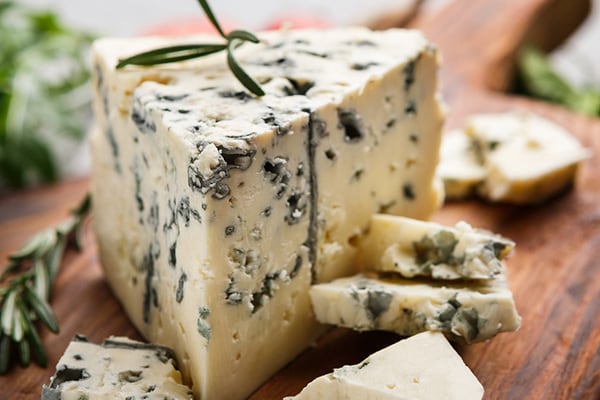 Often labelled as a complete food in itself, milk is one of the most crucial food items to be consumed for the healthy growth of child during pregnancy. It is advised to take up to three to four servings of dairy products to meet this requirement. However, raw milk plays host to a variety of micro-organisms and is often brought to the standard levels of safety with the process of pasteurisation which involves heating the milk at a specified temperature and duration, and then cooling it down very quickly.

Although most of the packaged milk, as well as dairy products, are usually pasteurized, it is best to check for the labels before consumption. Taking unpasteurised milk or dairy may accelerate the risk of food poisoning from Listeria, Salmonella, E. coli, and Campylobacter, and is to be avoided especially by pregnant mothers. Other possible risks include toxoplasmosis and listeriosis. It is best advised to boil the unpasteurised milk before consumption. The rule stands true even for goat milk and sheep milk.

Similarly, soft cheese such as brie, blue cheese, feta, panela, queso blanco, and queso fresco, are more likely to be made from raw milk than hard cheese. Either check the label for pasteurisation status or heat the cheese till bubbling, to avoid any risks. 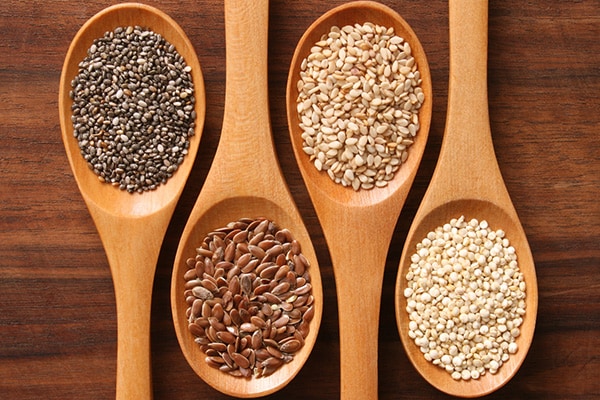 Sesame seeds were traditionally used as a natural medicine for miscarriage

Though there isn't any concrete scientific evidence, sesame seeds have been traditionally believed to induce miscarriages by stimulating uterine muscles. Rightly so, these seeds were also used in some of the earlier abortion medicines.

They accelerate the expulsion of the fertilised ovum and might lead to natural abortion. The risk increases further when these are consumed in combination with honey.

Similarly, they induce heat in the abdomen, causing gastral discomforts. However, after the first trimester, pregnant mothers can consume this nut in moderation. 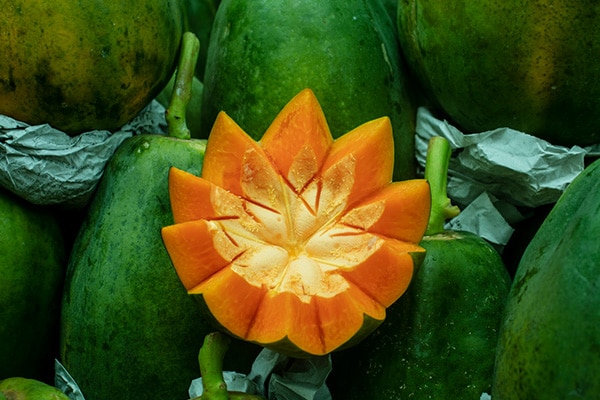 Unriped papayas should be avoided during the first trimester

Papayas are the ultimate antidotes to constipation and gut irritability, a common issue reported across pregnant mothers. However, un-riped or semi-riped green papayas are rich in a latex compound which may lead to premature uterine contractions and ultimately induce a natural miscarriage or abortion. Additionally, they are rich in papain and pepsin, which restrict foetal growth. It is thus advised to only consume riped papayas in pregnancy in moderate quantities and avoid un-riped ones at all costs.

Mothers can also treat their taste buds by experimenting with this delightful fruit. “There are many ways to make papayas interesting. You can lean on the sugary side and blend them to your smoothies or freeze its spears for a juicy popsicle or spice up the fruit by adding it to salads with a hint of lime. You can also grill these for a flavourful riot!” opines Archit Agarwal, a chef based in Delhi. 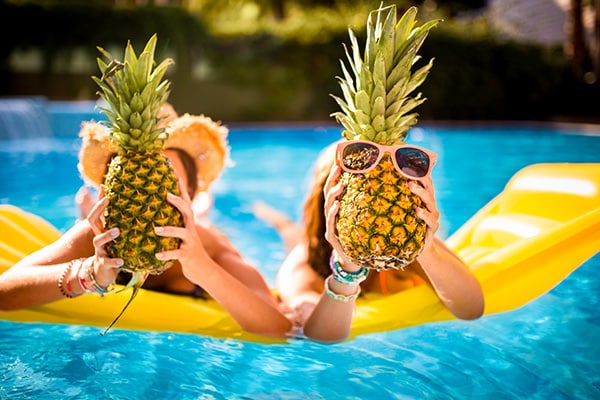 Though pineapple is overall good for the health of pregnant mothers and might even help in boosting immunity, it is usually advised to avoid this tangy fruit during the first trimester. Pineapple is rich in bromelain, an enzyme that may lead to the smoothening of uterine walls and softening of the cervix.

Though there isn't enough scientific evidence to back this fact, many believe that it may lead to miscarriages, unsuccessful labour, or premature deliveries. It is advised not to exceed the pineapple juice intake than seven to eight cups per week. Alternately, you can go for cooked pineapples which do not have bromelain. 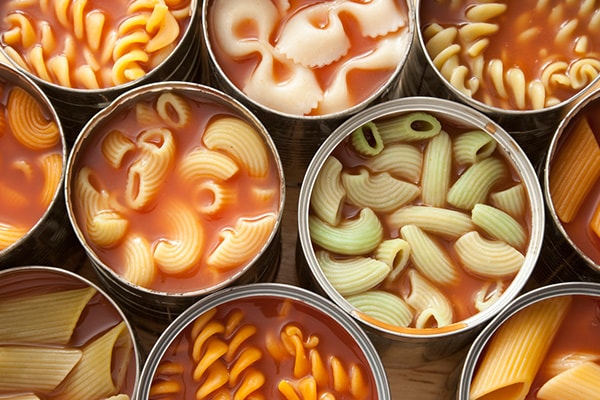 Canned food is rich in artificial preservatives and additives to enhance their shelf life and may also harbour a few bacteria. While food poisoning is the most expected side effect, it might also lead to some other infections.

Additionally, their wall might contain Bisphenol A, an industrial chemical commonly used in making the plastic hard and clear. This chemical has been time and again pointed out by many experts as well as studies to be harmful to the kid and might even affect the reproductive health of the child in the future. Thus, it is best advised to eat fresh during pregnancy. 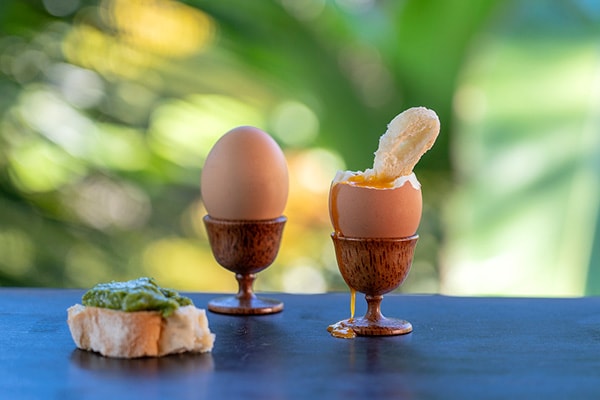 Raw and soft boiled eggs bring with them the risk of Salmonella infection besides its delightful flavours. Usually, the symptoms of this infection include fever, nausea, vomiting stomach cramps, and diarrhoea; rare cases may lead to uterine cramps, stillbirth or premature deliveries.

Frequently Asked Questions About Foods To Be Avoided During Pregnancy

What all foods should be avoided during pregnancy?

What fruits should be avoided by pregnant mothers?

Pregnant mothers should avoid having pineapple and papaya, both of which may lead to premature contractions, miscarriage or abortion. Similarly, it is advised to avoid grapes during the final trimester, since they cause a lot of internal body heating. Unpasteurised fruit juice should also be avoided.

No. Alcohol not only badly impacts the brain development of the growing baby but also increases the risk of miscarriage, still birth and abortion. In severe cases, it may lead to fetal alcohol syndrome resulting in facial deformities, heart defects and intellectual disabilities.

Yes, pregnant ladies can eat cheese, but only pasteurised ones. Unpasteurised dairy products may lead to serious food poisoning and other gastral infections. Make sure to check the label for pasteurisation before having cheese or heat it till bubbling, if you aren’t sure of its quality. Generally, soft cheese is more at the risk of being made from raw unpasteurised milk as compared to hard cheese.

It is advised not to eat processed junk food during pregnancy since it is low on nutrient value and is often rich in calories, fats, and sugar. Pregnancy calls for increased nutrient uptake and therefore, the diet of a pregnant mother should include whole foods.

How much caffeine can pregnant mothers have?

Pregnant ladies should have no more than 200 milligrams of caffeine per day, which might be in the form of tea, coffee, soft drink or chocolate. Caffeine can easily pass through the placenta and can accumulate in the body of the growing baby, which lacks the enzyme required to process caffeine. This increases the risk of low birth weight during delivery and might even restrict fetal growth.