Lesser Known Sites Every Tourist Must Visit in Kolkata

As Kolkata turns 330 years old, we bring to you 10 spots in the City of Joy that every tourist must visit. 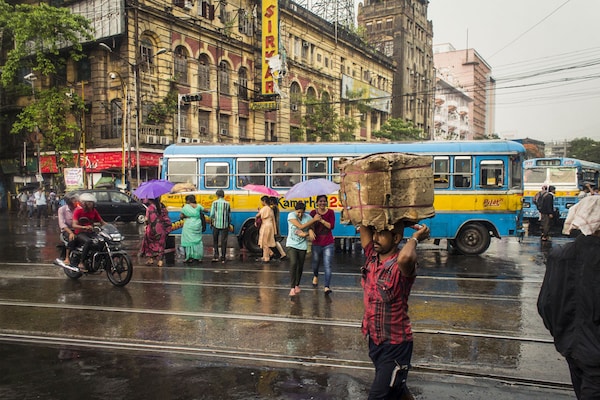 The year 2020 marks 330 years of the birth of Kolkata, or atleast what we know of the city today. Three centuries ago, when British administrator Job Charnock came to the village of Sutanuti, on the banks of the Hooghly, to establish an office for the East India Company, he went onto lay foundation for a modern, mega trading port, as well. Charnock brought together three thriving villages - Sutanuti, Gobindpur, and Kalikata, and ‘founded' Kolkata.

Although governments and some old families living in the city debate if Charnock actually ‘founded' the city, since these villages were populated and flourishing much before the British docked there, there is no arguing that the British man gave shape to the present day Kolkata, in order to feed British businesses.

Geographical debates aside, the city is now synonymous to British era buildings that shelter Indian people discussing global arts and literature, all in the midst of an authentic Bengali culture that bustles in every street of the city.

While the city's romantic Princep Ghat, the iconic Indian Coffee House, and the grand Victoria Memorial are quite popular tourism sites, here are some other places that every traveller must know about, and visit when in the city.

Welcome to the City Of Joy! 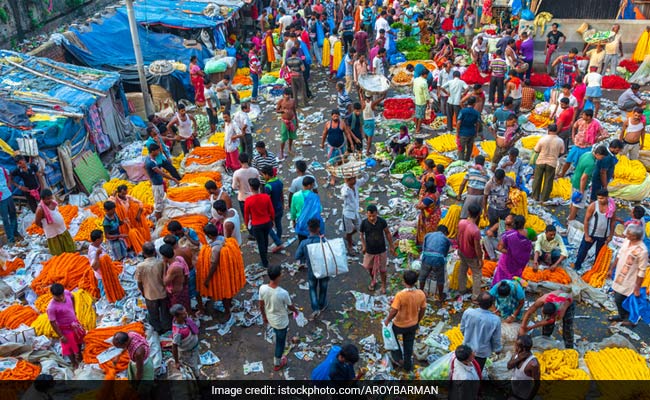 Mullick Ghat flower market also known as Jagganath Ghat flower market is a 130 year old flower market, the largest not just in Kolkata, but in Asia. The market is located under the Howrah Bridge on banks of the Hooghly River. Flower vendors from all parts of West Bengal gather at the ghat to earn their living, while putting up a colourful and fragrant extravaganza. The market witnesses a great competition during festivals such as Shravan, Diwali, and Janmashtami. 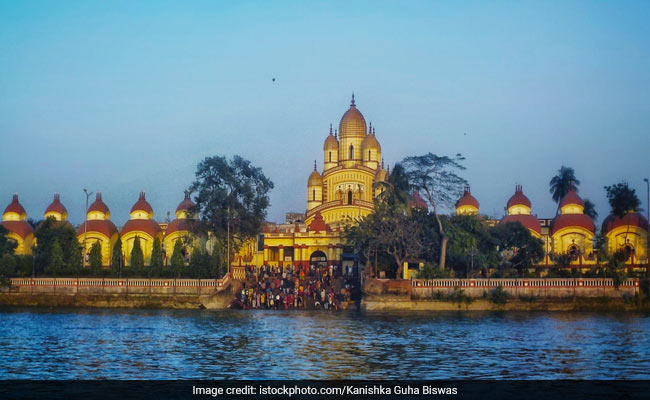 The view of Dakshineshwar Temple from Hooghly River

The famous temple dedicated to Indian goddess Kali is made in the traditional ‘nava-ratna' style. The temple is believed to be one of the holiest temples in the city. The temple has its own importance in the hearts of the Bengali population in Kolkata, not just because of goddess Kali but also because of the history attached with the Bengali reformer and religious leader Ram Krishna Paramhansa, who was an ardent devotee of the goddess. 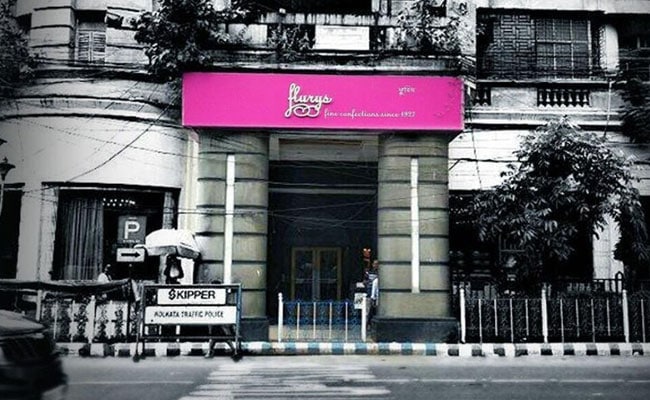 Flurys in Park Street since 1927

Flurys is one of the oldest and perhaps the most stylish of cafes in the city. It was founded in 1927 by Mr and Mrs J. Flurys. Today also, the restaurant is as popular as it was during the colonial period. The café is best-known for its iconic plate of breakfast, which includes one poached egg, two slices of bread, two grilled sausages, two rashes of bacon, mushroom, with tea or coffee on the side. The café is also known for its delicious cookies, cakes, pastries, and puddings.

The restaurant has been serving some great Mughlai cuisine for more than three decades now. For biryani lovers, it's the best place in Kolkata. The restaurant's biryani with potato is unique and famous all over India. The double mutton biryani paired with mutton pasinda is also one of the restaurant's best-selling dishes. 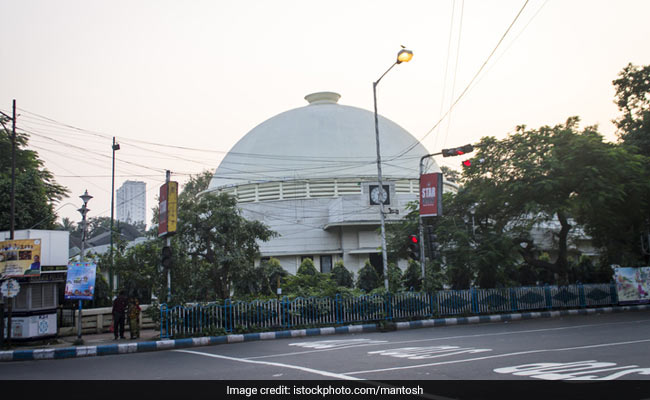 Birla Planetarium in the evening

The 58-year old Birla Planetarium, also known as ‘Taramandal' is a giant laboratory and astronomy gallery that features paintings and astronomical models; and often attracts tourists and locals alike.6. 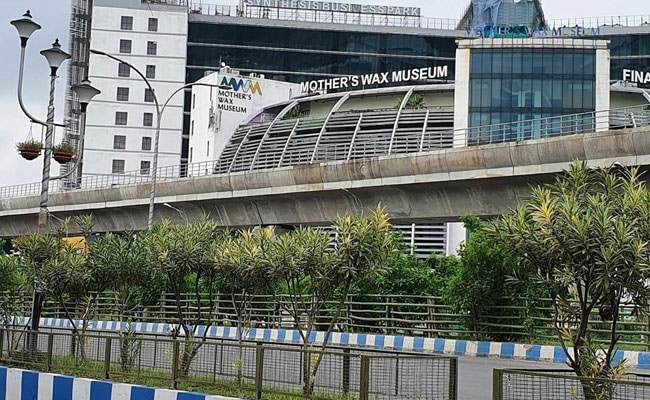 The outside view of Mothers Wax Museum

The museum is the latest addition to the city. It is situated in New Town, Kolkata, far away from the everyday hustle-bustle. The museum has wax statues of personalities such as Mahatma Gandhi, Netaji Subhash Chandra Bose, APJ Abdul Kalam, Vivekananda, Sarada Devi, Moter Teresa, Sourav Ganguly, Lionel Messi, Brad Pitt, Amitabh Bachhan, and more. 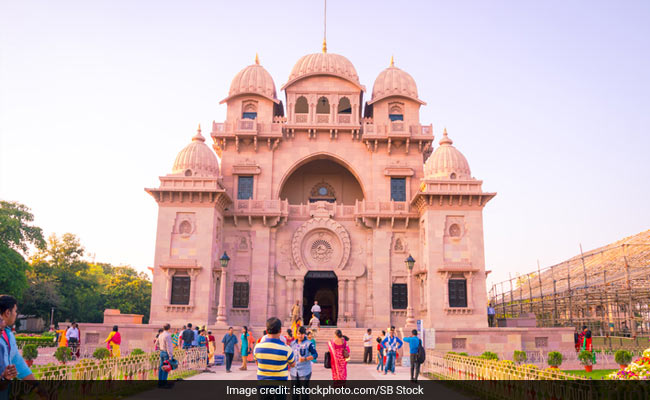 Belur Math temple was founded by Swami Vivekananda, the chief disciple of Ramakrishna Paramhansa. The temple is a result of the Ramakrishna Movement. It is located on the West Bank of Hooghly River in the Belur Math complex. 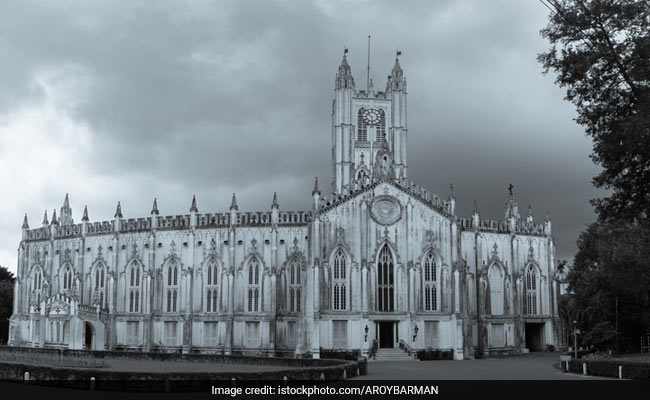 It's a church of North India cathedral of Anglican background, and one of the most important churches in India. It is designed in an impressive Indo-Gothic style. Inside, people can see paintings and carvings related to important events from Christian history. The church also has a library, which includes old books related to Christianity. 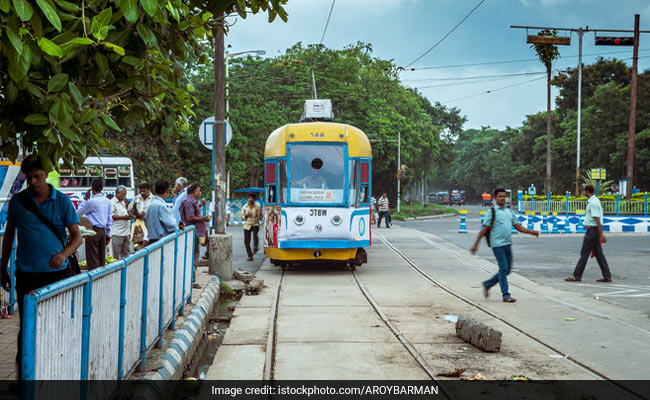 An AC tram in the streets of Kolkata

One of the oldest rides of the world, tram is still present in Kolkata. Although many tourists are familiar with them, they might not know that the tram have gotten a new avatar, and now boast air conditioned and refurbished compartments. 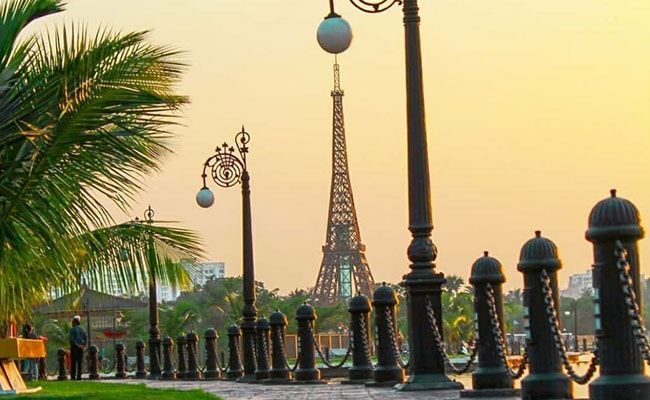 Kolkata's Eco-Park is one of the latest names in the list of places to see in the city. It is an urban park designed to promote eco-tourism, and is a popular picnic spot among the locals. The park is divided into three parts- the ecological zones, the gardens, and the recreational zones. Visitors are allowed to play sports such as cricket and football or do some other activities here. The park also has replicas of seven wonders of the world.

For the latest deals, offers and news, follow HotDeals360 on Facebook, Twitter, Instagram, Google News and subscribe to our YouTube channel.
The HotDeals360 team writes about stuff we think you'll like. HotDeals360 has affiliate partnerships, so we get a share of the revenue from your purchase.
Topic
Must Visit Sites in Kolkata Must Visit Places in Kolkata
More From Lifestyle
Advertisement
Fear of Missing Out Best Deals?
Subscribe to our newsletter. Now!
Trending
Latest
Quick Links
Trending
Latest